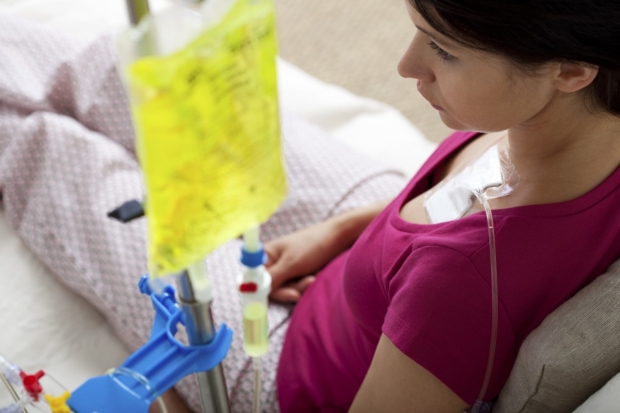 Newly diagnosed breast or ovarian cancer patients who carry common cancer-associated mutations have similar or better short-term survival rates than those with no mutations, researchers report.

Women newly diagnosed with breast or ovarian cancer who are also carriers of cancer-associated mutations like BRCA1 or BRCA2 are no more likely to die of their tumors than those who don’t have the mutations, according to a new study.

Increasingly, doctors recommend genetic testing for newly diagnosed breast or ovarian cancer patients to learn whether they carry any of several inherited cancer-associated mutations. Knowing a cancer’s genetic fingerprint can help doctors sift among treatment options, and it can help alert a patient’s blood relatives that they might also carry the risky mutation.

However, women who learn that they carry such a mutation may worry it means they face a worse outcome. Yet a study of about 26,000 people with breast or ovarian cancer shows that, in fact, carriers of inherited mutations have equivalent or better outcomes than women without these mutations — perhaps due to a greater sensitivity to the chemotherapy often used to treat such cancers.

“This is reassuring,” said Allison Kurian, MD, MSc, professor of oncology and of epidemiology and population health at the Stanford University School of Medicine. “Patients with breast or ovarian cancer often worry that having inherited genetic risk means they are more likely to die of their cancer, but instead, it means the opposite: They are less likely to die.”

Kurian is the lead author of the study, which was published Aug. 9 in the Journal of the National Cancer Institute. Steven Katz, MD, MPH, professor of medicine and of health management and policy at the University of Michigan, and Kevin Ward, PhD, MPH, assistant research professor of epidemiology at Emory University, share senior authorship.

“Our research underscores the urgent need to ensure that the rapid advances in precision oncology translate into better treatment of our patients and improve outcomes,” Katz said.

The researchers found that none of the mutations increased the likelihood that the women died from their cancer during the study period. In fact, among patients with a type of cancer called triple-negative breast cancer, the presence of a BRCA1 or BRCA2 mutation decreased the likelihood that they would succumb to their disease within the study period, as did the presence of BRCA2 mutation in women with ovarian cancer.

“Prior studies have suggested that patients with inherited mutations in genes such as BRCA1 and BRCA2 may be more responsive to chemotherapy because of their cancer’s reduced ability to repair damaged DNA,” Kurian said, “so it makes sense that these patients might have better survival. This is not surprising, but it is important to have solid evidence from a large, diverse, contemporary sample that represents the U.S. population.”

The researchers plan to investigate whether similar trends are seen in other types of cancers. They would also like to increase the duration of their follow-up to look for longer-term effects in breast and ovarian cancer survivors.

“This is the largest, most representative study of women diagnosed with breast cancer or ovarian cancer and tested for inherited gene mutations — not just in BRCA1 and BRCA2 genes, but in many other commonly tested genes including ATM, CHEK2 and PALB2,” Kurian said. “The results — that cancer patients who test positive for inherited genetic mutations are actually less likely to die of their cancers — should be very encouraging. The study’s findings will help oncologists counsel patients about the likely outcome of their cancer and reassure them that having an inherited genetic mutation is, if anything, a good prognostic factor.”

The research was supported by the National Institutes of Health (grants P01CA163233 and R01CA225697) and the Centers for Disease Control and Prevention.