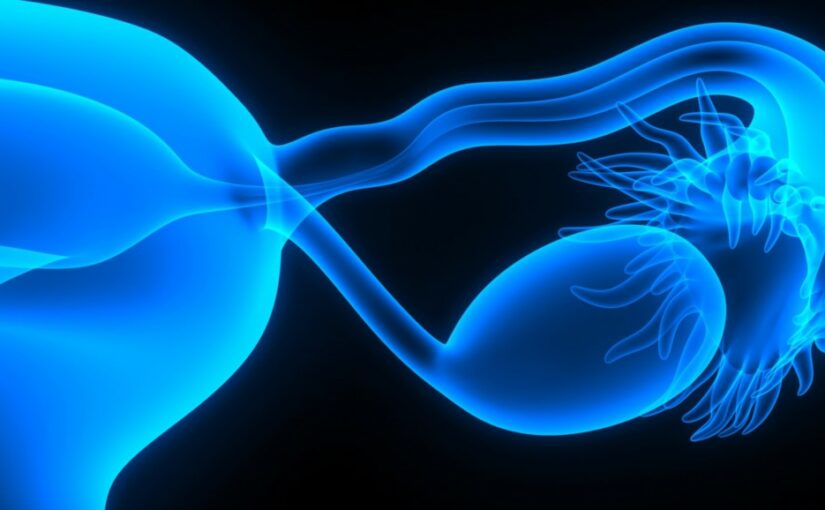 It’s diabolical, and so clever. Recent research by cancer biologist Wendy Fantl, PhD, and immunologist and cancer biologist Veronica Gonzalez, PhD, shows that ovarian tumors thrive by convincing nearby immune cells that the cancer cells are those of a developing fetus.

They do so by transferring a molecule called CD9 from their cell surface to the surface of the immune cells via a kind of cellular resource swapping known as trogocytosis.

CD9 is usually only found on immune cells, called natural killer cells, during early pregnancy, and its presence signals to the cells to stand down in the face of a developing, immunologically foreign, fetus.

“I can’t come up with a stronger biological mechanism to explain how these cancers evade the immune system,” said Fantl. “These CD9-expressing natural killer cells are most abundant during the first trimester of pregnancy, and they prevent a mother from rejecting her fetus by promoting immune tolerance.”

The researchers published their results recently in Cell Reports.

During trogocytosis, a cell partially engulfs another cell and physically extracts proteins or other cell materials for its own use. It’s an important component of the immune and nervous systems, and it plays a role in microbial infection. (Fun fact — the word trogocytosis comes from the ancient Greek word “trogo,” meaning “to gnaw,” raising the specter of cells gleefully nibbling choice bits off one another.) The transfer of CD9 from the cancer cells to the natural killer cells, tamps down the cells’ killing ability and creates a tolerant environment for the growing cancer.

Drugs that can block the effect of CD9 on natural killer cells could be valuable new tools in the fight against ovarian cancers, Fantl believes. The finding could also lead to new screening tools to detect early disease or allow doctors to better predict which treatments might work best for individual ovarian cancer patients.

Up close and personal with ovarian cancer cells

The researchers were studying a kind of ovarian cancer called high-grade serous ovarian tumors, which are particularly deadly because they cause few symptoms during their early development. When diagnosed in an advanced form, there are few effective ways to treat them.

Most often, the tumors are surgically removed and patients are treated with chemotherapy, but the tumors often recur within five years. Immunotherapies meant to reinvigorate immune cells, including natural killer cells, to tackle the cancer are currently being explored as an alternative treatment for these patients. So far, there has been limited success, perhaps a result of the many different types of cells that make up these complex tumors.

Fantl and Gonzalez use a highly sensitive technique, known as CyTOF, developed in the lab of Stanford researcher Garry Nolan, PhD, to characterize intact, single cells in and around patients‘ ovarian tumors into subpopulations based on the co-expression of more than 40 proteins. In this study, they wanted to identify any subpopulations of cells that might correlate with tumor size or response to therapy. “The advantage of CyTOF is that we can see these minority cell populations that would be obscured if all the cells were mixed together and averaged,” Fantl said.

“The tumor cells are orchestrating the natural killer cells to become immunotolerant,” Fantl said. In particular, CD9 reduced the production of messaging molecules called cytokines that help the cells kill the cancer. But that effect was reversible. “When we treated the natural killer cells with an antibody that binds to CD9, their killing activity shot right up. We saw the same result happen when we removed CD9 from the tumor cells using the gene editing technology CRISPR.”

The idea of blocking CD9 on the natural killer cells around the cancer, or preventing its transfer from the cancer cells, might lead to new drugs for ovarian cancer, the researchers believe. (They are also working to learn exactly how CD9 suppresses the natural killer cells’ ability to eliminate the cancer.) But Fantl also thinks the finding will be critical to guide the use of available immunotherapies against the disease.

“Finally,” said Fantl, “it’s possible that we could use the presence of CD9-bearing natural killer cells in circulating blood as a screening method to detect early disease. There are many possible applications of this new knowledge.”

This article was published by Stanford Medicine on Scope.