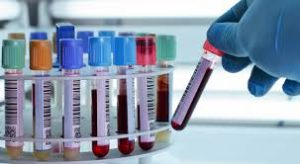 In addition to helping patients understand treatment options for their ovarian
cancer, we also collaborate with others to perform research.

Below are links to our work:

PARPi post PARPi: Clarity from the Clearity Real World Experience [SGO Annual Meeting 2022; Abs 164]
In a retrospective analysis, 20 patients who received PARPi after progression on prior PARPi therapy did not benefit from that treatment, regardless of BRCA mutation status. Patients without a BRCA mutation were much more likely to receive PARPi in combination with another agent in real world use, despite lack of established clinical benefit.

Comprehensive genomic sequencing of paired ovarian cancers reveals discordance in genes that determine clinical trial eligibility  [Gynecol Oncol.  2019; 155(3):473-482.]
This study analyzed genomic profiles from paired ovarian cancer tumor samples collected at primary surgery and in subsequent recurrences to determine if somatic mutations and copy number alterations (CNA) changed over time. The majority of mutations and CNA events were conserved across paired samples despite 1-7 rounds of intervening therapy. But, differences were also identified. Those discordant genomic alterations are not currently clinically actionable, but many are inclusion criteria for enrollment in clinical trials. These data suggest that obtaining a new tissue sample for genomic testing for ovarian cancer patients at the time of recurrence may assist with clinical trial selection.

Constitutively active ESR1 mutations in gynecologic malignancies and clinical response to estrogen-receptor directed therapies [Gynecol Oncol. 2019; 154(1):199-206.]
Endocrine therapy is frequently used to treat hormone-responsive gynecologic malignancies, such as low-grade endometrial cancer, low-grade serous ovarian cancer, and endometrial stromal sarcoma. Mutations in ESR1 leading to constitutive transcriptional activity have been reported in estrogen receptor positive (ER+) breast cancers and may contribute to acquired resistance to endocrine therapy. Using comprehensive genomic profiling (CGP), we discovered that ESR1 activating genomic alterations are uncommon in gyn malignancies, but are enriched in hormone-responsive histologic subtypes and may have treatment implications. Patients with mutated ESR1 tumors are likely to be resistant to aromatase inhibitors, but may continue to be responsive to anti-estrogen receptor directed therapy (SERMs/SERDs).

Successful use of next generation genomic sequencing (NGS)-directed therapy of clear cell carcinoma of the ovary (CCCO) with trametinib and metformin in a patient with chemotherapy-refractory disease [GynOncResPrac 2:1-4, 2015]
This case highlights the utility of precision medicine combining individual molecular diagnosis with rational therapeutic intervention with targeted agents.

Differences in genomic alterations revealed by sequencing of 182 genes in recurrent ovarian cancer specimens compared to TCGA analysis: rearrangements in PTCH1 and FLT3; high frequency of RAS pathway alteration [Cancer Res 73 (8 Suppl, Abstr 58), 2013]
75% of the 24 recurrent serous ovarian tumors contained genetic alteration(s) in at least one pathway that is targeted by approved or clinically developed drugs.

Proliferation pathway aberration frequencies differ in BRCA1- and BRCA2-mutated ovarian cancers [J Clin Oncol 30 (suppl;abstr5074), 2012]
BRCA2-mutated tumors have been reported to have a gene mutator phenotype and greater overall genomic instability than BRCA1 tumors. Yet, our results show a reduction in specific proliferation and survival pathway alterations in these tumors that may contribute to the more favorable prognoses of these patients. Evidence for co-occurrence of more than one pathway alteration in some tumors is likely to impact responses to molecularly targeted therapies, particularly those directed towards these pathways, and should be considered in future efforts to identify response predictors for such drugs.

Treatment-related protein biomarker expression differs between primary and recurrent ovarian carcinomas [MolCancerTher 11(2):492-502, 2012]
Measurement of biomarker expression in 43 patient-matched primary and recurrent tumor samples revealed that the levels of some proteins (i.e., MGMT, ER, and HER2) were very similar in the matched specimens, whereas expression of ERCC1, PGP, RRM1, BCRP, and COX2 differed in more than 40% of the paired specimens. These results support the use  of recurrent tumor specimens in profiling analyses that inform therapy selection and should be confirmed in a larger patient cohort.