Ovarian cancer is one of the most challenging diseases known to medicine. Early 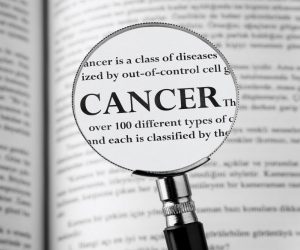 detection is difficult because symptoms can be mild and vague and could apply to a variety of conditions, such as irritable bowel syndrome or ovarian cysts. The most typical ovarian cancer symptoms include:

These symptoms are also seen with many other common conditions, as a result, only about 24 percent of women with ovarian cancer are diagnosed early. The rest find out about their disease after it has spread outside the ovaries or fallopian tubes, making successful treatment more difficult to accomplish. However, if the symptoms are new and persistent you should see your health care provider. Other symptoms such as constipation or fatigue, diarrhea and spotting between periods are also often reported by women with ovarian cancer.

One of the most important steps in treating ovarian cancer is staging the disease. In other words, has it spread and, if so, how far? Staging is generally done during surgery, placing the cancer in one of four categories:

Stage 1 –
The cancer is limited to one or both ovaries or to the fallopian tubes.

Stage 2 –
The cancer has spread to other areas of the pelvis, uterus, bladder, colon or rectum.

Stage 3 –
The cancer has spread to the abdomen and may also be in the lymph nodes.
Primary peritoneal cancers are stage 3.

Stage 4 –
The cancer has spread to organs outside the abdomen, such as the liver or lungs.

There are three major ovarian cancer tumor types based on where the tumor develops:

There are also different types (or histologies) of epithelial ovarian cancer. The most common is serous (high grade) and the others are clear cell, mucinous, endometrioid, carcinosarcoma and low-grade serous.

High grade serous and endometriod cancers as well as carcinosarcomas are chemo-sensitive and are similarly treated.

The Role of Genomic Mutations

When people talk about mutations, they are simply highlighting genomic changes. DNA can change relatively frequently through errors in replication during cell division or through environmental exposure to tobacco smoke, chemicals, the sun’s ultraviolet radiation or other agents. Mutation is not necessarily bad – it’s the force that drives evolution. However, in some cases, mutations can be harmful.

Tumors have been likened to trees. Maple trees share many common traits, but each individual plant grows in a unique way, generating a branching pattern that is different from other trees. All cancers begin with mutations and, as they grow and spread, acquire even more genomic variations.

Some of these mutations make cells divide faster. Others prevent diseased cells from dying. Still others remove the quality control mechanisms that safeguard DNA, leading to even more mutations. As a result of these widespread variations, ovarian cancer is not one disease but many.

Today, we can differentiate these cancers based on the unique set of gene mutations and the levels of proteins encoded by the genes in each woman’s cancer.