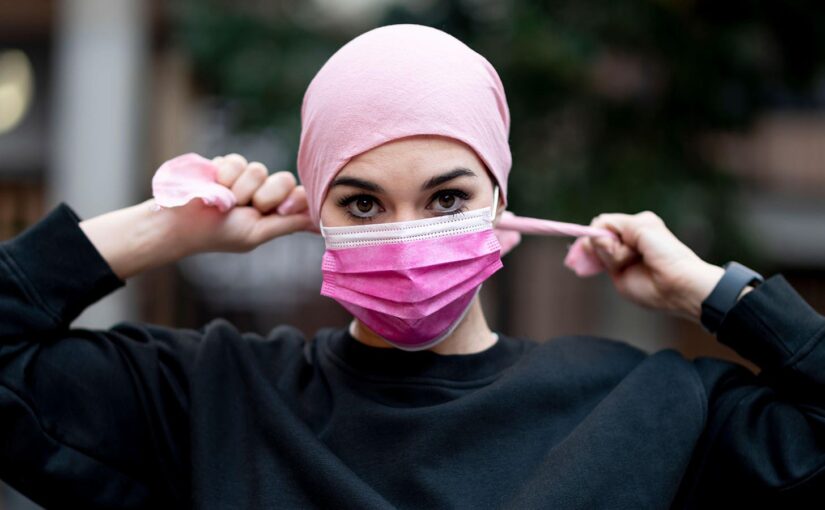 — For those on active therapy, 80% had increased antibody levels, study showed

One week after the administration of a third vaccine dose, neutralizing antibody responses improved in 80% of solid tumor patients undergoing chemotherapy, with adverse events that were mild in nature, reported Rachna T. Shroff, MD, MS, of the University of Arizona Cancer Center in Tucson, and colleagues.

“These results suggest that a third dose of BNT162b2 is safe, improves humoral immunity against SARS-CoV-2, and could be immunologically beneficial for patients with cancer on active chemotherapy,” the team wrote in the study online in Nature Medicine.

The study was designed to evaluate immune responses after the two-dose Pfizer COVID-19 vaccine in patients with solid tumors on active immunosuppressive cancer therapy (n=53), compared with healthy controls (n=50). This was followed by a phase I trial of a third vaccine dose initiated in the cancer cohort based on the two-dose results.

“These results demonstrate that most of the cancer cohort generated protective antibodies, but at levels well below that of the control cohort after the second vaccine dose,” the researchers wrote. “Similar patterns were observed for spike protein-specific serum antibodies and T cells, but the magnitude of each of these responses was diminished relative to the control cohort.”

Of the 53 cancer patients, 20 participated in the phase I interventional trial to determine if immunity could be improved with a third vaccine dose.

After the third vaccine dose, neutralizing antibody levels improved in 16 of the 20 patients, with titers reaching 180 or higher in 15 of the patients who improved. No improvements were observed in T-cell responses.

“In non-human primate and modeling studies, this level is protective against disease,” Shroff and co-authors noted. “Nonetheless, the overall antibody increases induced by the booster immunization were fairly modest.”

The cancer cohort was diverse in terms of cancer diagnoses, cytotoxic therapies administered, and the timing of the therapies relative to vaccine dose, making it difficult to draw conclusions about these factors and immune response, the researchers said.

They noted, however, that most of the initial non-responders had blood collected for immune analysis 7 to 14 days after their most recent cancer treatment. “This time course is aligned with a nadir in blood counts and the peak of myelosuppression from traditional chemotherapy agents,” the team explained. “Although the numbers are too small to draw strong conclusions, these findings are certainly hypothesis-generating and merit further exploration to better understand the ideal timing for vaccination in patients on active immunosuppressive therapy.”

Overall, the results suggest that most patients with cancer on active therapy will produce improved antibody levels after a third immunization, Shroff and co-authors concluded. “However, given the relatively modest increases in antibodies and recalcitrance of T cells, expectations should remain tempered as to the degree of benefit. Quantitative antibody tests can potentially be used to select individuals who need, and would most benefit from, a booster.”

A study limitation, the team said, is that the median age of the cancer cohort was older than that of controls, meaning that some of the differences seen could be due to age rather than anticancer therapy. However, the only immunological parameter that showed an age-dependent effect was the level of anti-receptor-binding domain antibodies, which did indicate a decline with increasing age in the control group, but there were no such age-dependent differences in the cancer cohort, and no other immunological parameters were altered as a function of age.