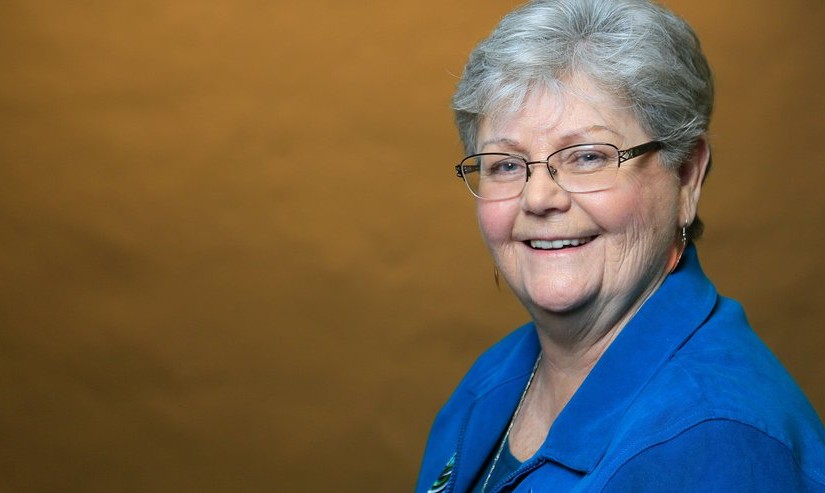 For the first chunk of her adult life, Peg Ford had plenty of jobs. Secretary for the Toronto Maple Leafs ice-hockey team. Administrative assistant for a mortgage banking company. Freelance public-relations and marketing consultant. Then she was diagnosed with ovarian cancer, and the 9-to-5 worker bee became an agent of change.

In 2014, Ford and fellow San Diegan Kathy Hagan officially formed the Ovarian Cancer Alliance of San Diego, which meant they could accept donations, apply for grants and perhaps stop funding the organization with their own money. She recently received a special recognition award from the Food and Drug Administration for her advocacy work on behalf of patients.

Surviving gave Peg Ford a passion and a purpose. Now, she wants to make sure that other women get the same second chance.

“When I started going to support group meetings, I realized how lucky I was,” the 69-year-old Ford said during an interview in Coronado, where she has lived since 1998. “I thought, ‘This is your path. This happened to you for a reason.’ I believe life experiences are a lesson and a gift, and this was a big one for me.”

Her lucky run started with a fall. In late 2006, Ford took a spill during a walk. Her recovery was slow, and she was plagued by pain and fatigue that seemed out of sync with her injuries. Friends insisted a more-thorough examination was in order. They were right.

Four days after Ford visited her doctor, surgery confirmed the doctor’s diagnosis of ovarian cancer. Surgeons found and removed a large tumor from her left ovary. But there was more good luck to be had, as the tumor was confined to that one spot and never metastasized.

Shortly thereafter, Ford attended a gynecological cancer support group at Scripps Memorial Hospital. When she heard what other survivors were going through — the surgeries, the chemotherapy treatments, the recurrences — she decided to put her good fortune to good use.

During her research, she discovered that the Ovarian Cancer National Alliance did not have a San Diego branch. After nearly a year of phone calls, meetings and networking, Ford launched the Survivors Teaching Students program at the UC San Diego School of Medicine.

The program sends ovarian cancer survivors to health-care classrooms to share their personal and medical stories with nursing and medical students. The goal is to help raise awareness about ovarian cancer, which can be particularly tricky to diagnose. The results go way beyond the classroom.

“These ladies are able to communicate information about how they felt, how the process worked. They are open to questions, so students can really explore how the process works from the other side,” said Cynthia Dealy, clerkship coordinator for reproductive medicine at the UC San Diego School of Medicine.

“And Peg is the perfect combination of intelligence and compassion. She is proactive and full of energy, and she is able to channel it in a wonderful way. It is amazing what she does.”

“It gives you the sense that you can channel your experience into something positive,” Ford said. “Your story helps encourage medical students and nursing students to do the best job they can do. By sharing your experiences, you can save more women’s lives. For the survivors, it is a calling. It is a way to make something worthwhile out of what has happened to them.”

Thanks to Ford’s HEAR outreach program, survivors also have the power to help other women recognize the symptoms and risk factors of ovarian cancer before it’s too late. In 2015, Soroptimist International of Coronado awarded the organization a Best for Women Grant that will help the Ovarian Cancer Alliance of San Diego to expand its programs into underserved areas and begin making its programs and materials available in Spanish.

Whether her volunteers are presenting to a nursing school or a Lions Club meeting, Ford is happy to let them tell their stories while she keeps things humming behind the scenes. She doesn’t tell her cancer story too often anymore, but she still has plenty of advice to share.

That’s what happens when your life is a miracle that keeps on giving.

“I want women to know that they can do anything they put their mind to,” Ford said. “Don’t let a lack of higher education hold you back. I didn’t go to college, but I sit in meetings with Ph.D.s and M.D.s, and they are so grateful for what we do. If I could go back to myself when I was in my early 30s, I would have said, ‘Don’t give up. Everyone has gifts. It’s your commitment and willingness to work that matter.’”

To read this entire article, published by The San Diego Union Tribune, on The Clearity Portal click here.