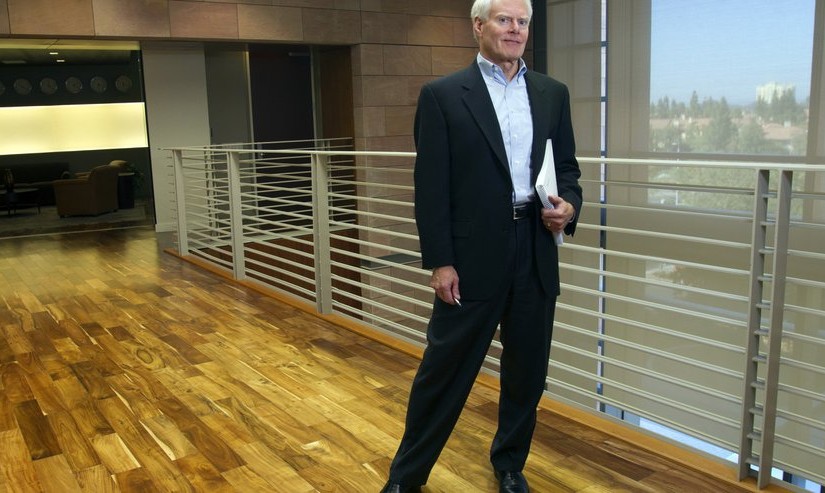 San Diego-based Illumina said Sunday that it’s embarking on a huge, years-long attempt to develop a simple blood test that can detect many types of cancer before a person begins to show signs of the disease.

Most of the work will be done through Grail, a new spin-off company that aims to create “liquid biopsies” that screen blood samples for potentially harmful bits of mutated DNA shed by tumors. Grail plans to use Illumina’s market-leading DNA sequencing machines to identify and study those mutations.

Illumina said it has lined up more than $100 million in investment money for Grail, which will be located in San Francisco. The financial backers include Microsoft co-founder Bill Gates and Bezos Expeditions, a venture fund created by Amazon.com founder Jeff Bezos.

Jay Flatley, chief executive of Illumina, said Sunday that Grail also intends to launch large-scale clinical trials to evaluate its blood test, an effort that would likely take years and involve hundreds of thousands of patients.

“We expect (that) successful development of a pan-cancer screening test will have a massive impact on global cancer mortality,” Flatley said.

Such a test would be known as the “holy grail” of oncology, Illumina said. Cancer kills about 565,000 Americans each year.

Indeed, a growing number of companies have joined the pursuit of this breakthrough — particularly those in San Diego, one of the nation’s largest life-science hubs. Biocept, Epic Sciences, Trovagene and Pathway Genomics are some of the local businesses working on various types of liquid biopsies.

“We’re all fitting into different spots; this is an emerging area,” said Mike Nall, president and CEO of Biocept, which uses its liquid biopsy to determine whether patients who have already been diagnosed with cancer might respond to a certain therapy.

“Illumina is much more focused on screening, which is pretty exciting for the whole industry,” Nall added. “It will give credence to the idea that genetic mutations found in liquid biopsies can be used in clinical decision-making.”

“Aberrant DNA does get shed by tumors. We know that,” he said Sunday. “But just finding it might not be enough; it might get shut down by a person’s immune system and never cause a problem. But I do believe that, in the future, there will be early-detection tests for patients with high risk” of getting certain cancers.

Royston added that he’ll be interested to see how things play out with Grail.

“They have a very good group of investors,” he said. “Illumina is looking for additional applications for their technology. I would not have predicted that they would have gotten involved in this so early on.”

For decades now, tissue biopsies have been used to search for tumors and track their growth. Scientists and physicians describe it as a highly intrusive approach that sometimes can cause more harm than good.

Such biopsies also can fail to reveal all the ways in which DNA has mutated. In turn, that makes it difficult or impossible for doctors to provide patients with the precise drugs or therapies they need.

The liquid-biopsy technology arose just over two years ago, building on the discovery that tumors and even cancerous cells can send their genetic material into a person’s bloodstream. Another key impetus: major advances in identifying, profiling and analyzing genes, especially ones that mutate into cancer.

Today, the rapidly growing field’s estimated value has climbed to $100 million; analysts said it could vault to $12 billion within a decade if the envisioned potential becomes reality.

Reaching that milestone level of success would require showing that liquid biopsies are at least as accurate, if not more, than tissue biopsies. It also would involve proving that the new technology leads to a reduction in pain, more customized care and, ultimately, greater survival rates for patients.

As it stands now, the basic description of a liquid biopsy is that health care providers draw a small amount of blood and examine it with an assortment of highly sensitive, specialized diagnostic tools.

Mostly, they look for intact tumor cells that circulate throughout the blood stream or pieces of DNA thrown out by tumors. They may also search for tumor DNA in urine samples.

To read this article on The Clearity Portal, originally published by The San Diego Union Tribune, click here.