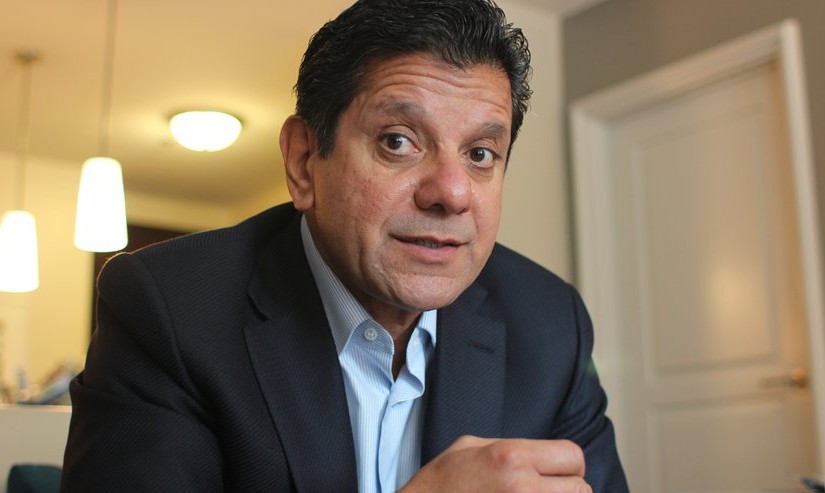 Nixon’s war on cancer produced major progress, but cancer is still with us. And there’s no reason to expect Obama’s goal of curing cancer can be eradicated in the foreseeable future.

Yet Obama’s endorsement of a “moonshot” plan proposed by Vice President Joe Biden resonated with biotech professionals who gathered in San Francisco last week for what amounts to the industry’s own State of the Union address.

Those gathered at the JP Morgan Healthcare Conference, Biotech Showcase and other events taking place at the same time heard much the same message Biden had relayed: The time for incremental progress is over. With new tools from genomics, more precise drugs and a more sophisticated understanding of what cancer really is, it’s possible to pinpoint the molecular drivers of cancer, and to thwart them.

Cancer is an experiment in Darwinian evolution carried out by millions of cells in a single body. Those cells that have a reproductive advantage preferentially multiply over others. Sophisticated mechanisms evolved over millions of years to stop such proliferation, but they sometimes fail.

It’s arrogant to think that human beings can tip the balance in this evolutionary war of cells vs. the individual. But we have no choice but to try — our lives are at stake. And new tools, such as improved genomic sequencing technology from San Diego-based Illumina and better use of it by Human Longevity, also in San Diego, could make a major difference.

Illumina kicked things off early with a Sunday announcement of a major effort to detect many kinds cancer from a blood test, before symptoms arise. The work will be done through a spinoff, appropriately named Grail, to be located in San Francisco. Illumina says it has secured more than $100 million in financing for Grail.

President Richard Nixon declared war on cancer in 1971. In his 2016 State of the Union address last week, President Barack Obama set a goal of curing cancer.

Nixon’s war on cancer produced major progress, but cancer is still with us. And there’s no reason to expect that Obama’s aim of eradicating the disease will be realized in the short-term future. Cancer comes in many forms — some are easily treatable, while others remain resistant despite all medical advances.

Yet Obama’s endorsement of a “moonshot” plan proposed by Vice President Joe Biden, whose eldest son died from brain cancer, resonated with biotech professionals who gathered in San Francisco last week for what amounts to the industry’s own State of the Union address.

Attendees of the JP Morgan Healthcare Conference, Biotech Showcase and other related events that took place in San Francisco heard much the same message Biden had relayed: The time for incremental progress is over.

Cancer is an experiment in Darwinian evolution carried out by millions of cells in a single body. Cells that have a reproductive advantage preferentially multiply over others. Sophisticated mechanisms have evolved over millions of years to stop such proliferation, but they sometimes fail.

It might be arrogant to think that human beings can tip the balance in this evolutionary war of cells vs. the individual. But with new tools from genomics, increasingly precise drugs and a more sophisticated understanding of what cancer really is, the prospects for success are better than they have ever been in history.

Cutting-edge tools make it possible to pinpoint the molecular drivers of many kinds of cancer — and to thwart them. Some of these new tools were announced at the latest biotech gatherings, such as improved genomic sequencing technology from San Diego-based Illumina and better use of it by Human Longevity, also located in San Diego.

Those announcements mesh with another new ambitious cancer project, this one directed by billionaire biotech entrepreneur Dr. Patrick Soon-Shiong of Los Angeles. The project, called Cancer Moonshot 2020 (it’s not part of the Obama-Biden proposal), was unveiled Monday at the JP Morgan Conference. It focuses on helping the immune system battle cancer, a field that has mushroomed in recent years and yielded striking successes. More information is available at cancermoonshot2020.org.

In recent years, Soon-Shiong has been busy building a network of companies in Los Angeles and San Diego and securing alliances to fight cancer in many ways. One project is to build an ultra-fast Internet pathway to shuttle gigabytes of patients’ genomic data from the point of sequencing to doctors and hospitals and wherever else it’s needed.

Illumina kicked off the week with a Jan. 10 announcement of a major effort to detect many kinds cancer from a blood test — before symptoms arise. The work will be done through a spinoff company named Grail, to be located in San Francisco. Illumina said it has secured more than $100 million for Grail from partners such as Microsoft co-founder Bill Gates and a venture fund created by Jeff Bezos of Amazon.com fame.

Grail is expected to begin operations in 2019; it will test patients’ blood samples provided by their doctors.

On Tuesday, Human Longevity announced its own cancer diagnostic program, which will try to determine the genomics of tumors and of the patients the tumors arose from.

Human Longevity, headed by genomics pioneer J. Craig Venter, is also deploying technology to understand how the immune system’s T cells in the body behave, and to detect circulating tumor cells and free tumor DNA in the blood. Fore more information on the project, visit humanlongevity.com.

Venter said his program and Illumina’s aren’t competitive, and that Illumina is in fact an ally. Human Longevity buys DNA sequencers from Illumina, the world’s acknowledged leader in DNA sequencing.

Two years ago at the JP Morgan conference, Illumina announced that it had brought down the cost of sequencing a human genome to $1,000 (when processed in large batches). In comparison, sequencing the first human genome, a feat completed more than a decade ago, cost about $300 million.

“We starting out trying to help a friend who had cancer,” he said. “And the (company’s) team developed a very comprehensive analysis that turned out to be second to none. When the oncologists saw it, they wanted more of it because it’s one of the early areas where genomics is starting to have an impact. And we just kept getting more and more requests. So it was not a planned product.”

Based on the analysis, the patient was recommended to receive a cancer drug that doctors had not considered. The drug was given, and the patient is now in complete remission, Venter said.

Traditionally, cancers have been treated with medications found through a trial-and-error approach. While those drugs are often effective, understanding just how they work isn’t entirely clear. And when cancers develop drug resistance, as they usually do, the next step is also hard to discern.

Routine genotyping of tumors, a technology that has been around for several years, can help. For example, the nonprofit Clearity Foundation in San Diego tests tumors in cases of relapsed ovarian cancer and helps find suitable drugs based on comparisons with hundreds of other tumors.

Human Longevity is offering even more tumor screening and characterization, for all cancers.

“We have a large team that spends a lot of late-night hours working on these cases to try and help people,” Venter said. “(It’s) extremely beneficial compared to everything else that’s out there.”

On a trial basis, Human Longevity is offering for $950 a sequencing of a patient’s exome — the part of DNA that codes for proteins — and an exome sequencing of the tumor itself. Clinical trials to test the diagnostic efficacy are being planned.

The question is whether this degree of analysis can be offered at a price Human Longevity can sustain. “If they work well and we can actually do it for that amount, we’ll offer it on a much larger scale,” Venter said.

Biotech leaders from Southern California said they welcome the focus on cancer by Obama and Biden.

But they personally don’t need any extra motivation — it’s what they do for a living, the executives said during a discussion in San Francisco last week. When one company is sold, biotech executives look for new niches to fill with more new companies. These include biotech veterans Bob Baltera, the former CEO of Laguna Pharmaceuticals in San Diego, and Faheem Hasnain, whose most recent company, San Diego’s Receptos, was sold last year for $7.2 billion.

“It’s a great thing to put a spotlight on (cancer),” Hasnain said.

“If what that means is if it actually puts more money, more interest, more time, more energy into the sector, that’s great,” he added. “But what it’s not going to change is the passion of the people working in this space. Quite frankly, this is what we think about day in and day out. A cancer moonshot really doesn’t affect us in terms of our motivation.”

The new war on cancer does offer opportunities to do things “on a fundamental level” to help people who concentrate on oncology, said Joe Panetta, president and CEO of Biocom, a San Diego-based life science trade group.

SBIR, or Small Business Innovation Research funding, is often used by Southern California biotech companies, Panetta said. These grants, often given through the National Institutes of Health, provide money to prove concepts and provide early technology development. This can accelerate the progress of technologies that otherwise would languish for lack of capital.

“If Joe Biden can influence some of his friends on the Hill to increase … NIH funding, it could have a tremendous impact on the funding that goes into these early stage companies that could potentially develop the next cancer therapeutic,” Panetta said.

Hasnain could be leading one of those companies, depending on his next step after Receptos. The JP Morgan conference gives him a good place to scout for interesting new technologies that could give rise to a new company, he said.

Receptos was not a cancer company, but it did specialize in immunology, an expanding field of cancer therapies. Receptos developed a promising drug for the autoimmune disease multiple sclerosis that prompted its purchase by biotech giant Celgene last summer.

“What’s really interesting to us now is trying to form another company in San Diego,” Hasnain said. “There’s so much talent, there’s so many great people. … When we say hunting for technologies, we mean looking for things that make a difference in people’s lives.”

“The San Diego community in and by itself makes you want to come back and start all over again,” Mento said. “I’ve been there for 22 years. You couldn’t pry me out with a crowbar.”

This article was originally published on January 17, 2016 in the Union Tribune-San Diego. Click here to read it in its entirety.