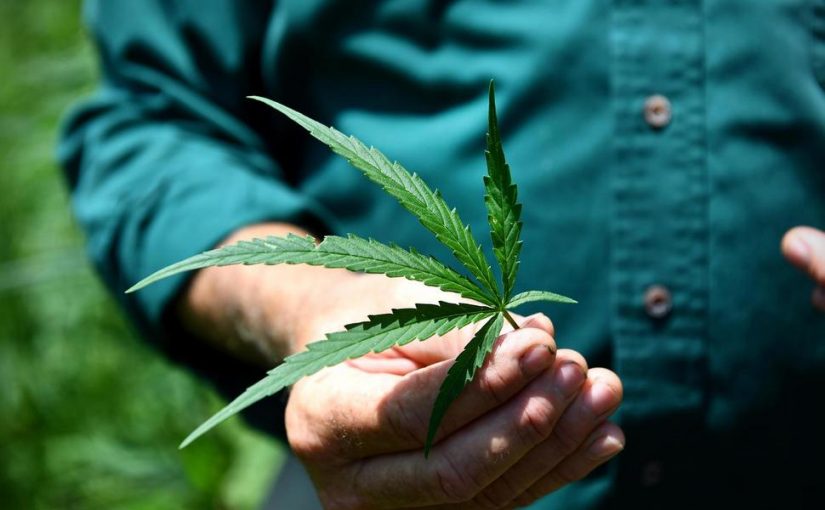 It’s long been said that the Founding Fathers likely grew and possibly enjoyed using marijuana, or Cannabis sativa. But this notion, which was popularized as the fight to legalize marijuana in the early 2000s gained steam, isn’t quite true. The National Constitution Center reports that the name marijuana (then spelled marihuana) only came into use in the 1890s; the Founding Fathers knew that plant as hemp, and several of them, including Thomas Jefferson and George Washington – part of the landed class of farmers with large estates that produced cash crops – did indeed grow hemp. But they were probably not smoking it or getting high – hemp lacks the euphoria-inducing component that weed has in abundance.

Although today the best-known variety of Cannabis sativa is marijuana, a plant that can be turned into an intoxicating drug, for millennia hemp has been an important industrial crop used in the production of things like rope, paper and cloth. Selective breeding led to the differentiation between marijuana and hemp; marijuana was engineered for its narcotic effect while hemp was grown for its industrial uses. So-called industrial hemp, which is used in the manufacture of textiles and other products, contains less than 0.3 percent of the psychoactive compound delta-9-tetrahydrocannabinol, better known as THC. Marijuana has been bred to contain much higher levels of THC – many strains contain more than 10 percent and some may even approach 30 percent. So while these two plants are closely related, hemp and marijuana are actually quite different.

However, guilt by association can be a powerful force, and in 1970, the passage of the Controlled Substances Act labeled all cannabis – including both hemp and marijuana – as Schedule 1 drugs (the same level assigned to cocaine and heroin), making it a federal crime to cultivate or possess either of these types of plants.

But this is starting to change. Just last week, horticulturalists at Mount Vernon, President George Washington’s estate, harvested their first crop of industrial hemp. This resulted from the passage of the 2014 Farm Bill, which included provisions for universities and state departments of agriculture to begin cultivating industrial hemp for limited purposes. One of the provisions was permission to use hemp in research, and that has enabled some scientists to learn more about the potential medicinal value of these much-maligned plants.

We already know that there are some medical applications for marijuana. Over the past two decades, 30 states have legalized the use of medical marijuana to treat a variety of illnesses and symptoms, including multiple sclerosis, epilepsy, anxiety disorders, pain disorders such as fibromyalgia and side effects of treatment for cancer.

But what about hemp? Mary Jane’s less entertaining cousin has been somewhat overlooked as a potential medication, perhaps in part because it doesn’t contain enough THC to induce a high and hasn’t typically been smoked for either enjoyment or to combat illness. But because it’s the same species as marijuana and contains most of the same chemicals that marijuana has, some researchers have postulated that hemp might have similar or even better curative powers than marijuana because it does not have the mind-altering effects of marijuana. Could hemp be the next big thing to treat cancer?

Recent research led by Wasana Sumanasekera, associate professor of pharmaceutical sciences at Sullivan University College of Pharmacy in Louisville, Kentucky, suggests it might. In two studies presented at the 2018 Experimental Biology meeting in San Diego this past April, Sumanasekera and her students showed that hemp may actually combat ovarian cancer. In one study, hemp-derived cannabidiol, a compound found in the plant, reduced the ability of cultured ovarian cancer cells (in the lab, not an animal) to migrate or metastasize. The other study showed the molecule had a protective effect against an inflammatory process that has been implicated in the development of ovarian cancer. The hope is that with further studies, these two aspects of hemp could be heightened and standardized so that novel therapeutic agents can be developed.

Although it’s unclear exactly how hemp is creating these effects – Sumanasekera’s lab continues to investigate the question – cannabinoids are certainly involved. Although THC has gotten most of the attention over the years, there are more than 100 other cannabinoids in cannabis, and each one appears to have a different biological effect, says Rukiyah T. Van Dross-Anderson, associate professor of pharmacology and toxicology at the Brody School of Medicine at East Carolina University in Greenville, North Carolina.

“The extracts and the oils of marijuana are composed of multiple cannabinoids, and because they’re composed of multiple cannabinoids, you have different things happening. Each cannabinoid can produce its own effect,” she says, and work continues to identify all the various components and determine which are most effective to kill cancer with the least level of toxicity toward normal cells. The hope is that one day, cannabis-derived drugs will destroy cancer cells but leave other normal cells alone, reducing some of the terrible side effects such as nausea and hair loss that most patients currently experience when treated with conventional chemotherapies.

But a lot more work needs to be done yet, she says. “Currently what we know about cannabinoids is primarily based on in-vitro studies, or in other words studies with cancer cells in a dish.” Studies conducted in animals have also offered some promising results, but so far, human-based trials have been very limited. “Because of this, it’s a little early to say how effective these agents are in human beings, but the data in animals thus far suggests that it will be effective” in treating a variety of cancers.

Meanwhile, the lack of reliable evidence hasn’t stopped some nutraceutical companies from developing and marketing a variety of quasi-medicinal products such as CBD oil, which contain cannabinoids and can be derived from hemp. Some people swear by CBD’s ability to alleviate pain, anxiety and seizures, among other symptoms, but the challenge with such products, says Van Dross-Anderson, is that these claims and products are not tested or regulated by the Food and Drug Administration. “I know a lot of people believe that regulation is bad, but in regard to plant-based products, it’s good because the plant has to be grown in the same exact way under the same exact conditions in order to know how much of that [compound] is in the final plant product,” she says.

Can Marijuana Help With Breast Cancer?

Similar to the concept of terroir in wine, a range of environmental factors can greatly impact how much of a certain compound a plant contains. In wine that relates to its color and flavor. In marijuana and hemp, it means the concentration of individual cannabinoids. “That’s a drawback of using the nutraceutical approach,” such as smokable marijuana, marijuana extracts, CBD oils and other such products, Van Dross-Anderson says. “You don’t know how much of that active molecule is present. For example, if you had a grower who was growing marijuana in Arizona and then another growing in Mississippi, the composition of the marijuana – even if it’s the same strain – is going to be different because it’s grown in different soil under different conditions using different fertilizers. This is why regulation is really important because you have to know what you’re giving the patient and you have to know how much you need to give the patient. You can’t do that with plant products.”

In addition, Van Dross-Anderson says there are other concerns about naturally-derived products, “such as whether the growers use fertilizers and pesticides. How do they remove that before the consumer utilizes the product?” She notes that exposure to pesticides has been linked with an increased risk of certain types of cancer. Plant products also may contain microorganisms, such as fungi and bacteria that can cause illness, so she cautions against using unregulated products as cancer-fighting agents.

For any future medicines, this all adds up to a need for purified or lab-produced cannabinoids that are cultivated in a controlled manner to ensure delivery of the appropriate dosage of the right cannabinoid without contaminants.

But this doesn’t mean we won’t ever have cannabis-derived cancer drugs. Far from it in fact. “There’s been a steady movement toward natural-based compounds for several decades,” Van Dross-Anderson says. “Some of the most effective chemotherapy agents that we use in the clinic are actually originally derived from plant products, and a lot of people don’t realize that. But the cancer community has embraced natural compounds for quite a while,” she says.

And this is where research such as Sumanasekera’s comes in. Sumanasekera says she’s identified the dose at which cancer cells die with the compounds she’s been testing, and that this hemp-derived agent has “a similar effect on cancer cells to that of doxorubicin,” a common chemotherapy drug used in several types of cancer, including leukemia, breast cancer, thyroid cancer and lung cancer. She stresses that this work has been done “in vitro and in cell lines,” not in people, but “now I know the concentrations” of hemp needed to kill the type of ovarian cancer cells she’s been working with, and this is really just the beginning of an exciting area of research that may lead to new, less toxic anti-cancer drugs.

There is much hope that new drugs could be on the horizon. Van Dross-Anderson estimates that within the next five years or so, larger clinical trials designed to prove the efficacy of cannabinoid-derived pharmaceutical products should be getting underway, but it’s hard to say for certain when doctors will be able to use a hemp or marijuana-derived chemotherapy to treat a patient’s cancer rather than more conventional drugs.

Until that time, Sumanasekera says it’s critical that patients follow doctor’s orders. “It takes a long time [to develop new drugs via] clinical trials, and patients should take their prescription medications.” Just because certain small, in-vitro studies have shown promise does not mean you can stop taking the proven medications your doctor has prescribed and start using marijuana in hopes of curing your cancer.

“I get a lot of phone calls from patients,” she says, and “some patients tell me they take medical marijuana on top of what their doctor recommends and some doctors recommend” that patients use medical marijuana to alleviate side effects. However, cannabis and its constituent parts may interact negatively with other medications you’re taking, so be sure to talk with your doctor about everything you’re using and don’t stop taking medications your doctor has prescribed without discussing it first. Although the results are promising, a lot more work needs to be done before we have clarity on whether hemp can be used effectively to cure cancer.

This article was published by US News Health.