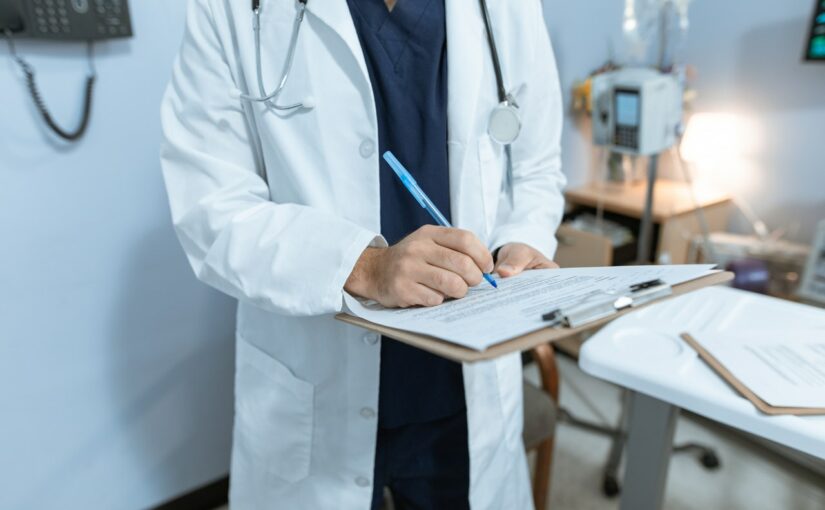 The FolRα-targeted antibody-drug conjugate (ADC) STRO-002 was found to elicit encouraging responses in heavily pretreated patients with advanced ovarian cancer, according to interim data from the dose-expansion portion of the phase 1 STRO-002-GM1 trial (NCT03748186).1

As of the interim data cutoff date of November 8, 2021, the ADC produced an objective response rate (ORR) of 33% in 33 evaluable patients across all FolRα expression levels and both dose levels examined (4.3 mg/kg and 5.2 mg/kg).

“These interim data in the dose-expansion cohort showing deep responders in ovarian cancer patients treated with STRO-002 are compelling,” R. Wendel Naumann, MD, study investigator, professor and director of Gynecologic Oncology Research, and associate medical director of Clinical Trials at Levine Cancer Institute, stated in a press release. “Patients entered the study with progressive disease and were a heavily pretreated population and had experience up to 3 lines of prior treatment. The interim data show that STRO-002 could potentially improve the lives of an underserved ovarian cancer patient population.”

STRO-002 is comprised of an anti-FolRα human IgG1 antibody, SP8166, which is conjugated to a cleavable DBCO-3-aminophenyl-hemiasterlin drug-linker through site-directed conjugation technology to develop an ADC with the predominant species that has a drug-antibody ratio of 4.2

Launched in March 2018, the phase 1 trial enrolled patients with recurrent, platinum-resistant or -refractory ovarian cancer and those who received treatment with at least 2 prior platinum regimens. An all-comer population was enrolled to the trial, irrespective of FRα expression, and no there was no limit to the number of prior lines of chemotherapy received.3

Earlier data from the trial showed that STRO-002 produced responses in 32% of 31 patients treated at clinically active dose levels of 2.9 mg/kg or higher who had post-baseline scans and were determined to be evaluable per RECIST criteria.4

At a data cutoff of October 30, 2020, the median time on treatment was 19 weeks and 10 patients continued to receive the ADC. Ten of the 31 evaluable patients responded to treatment; of these patients, 1 achieved a complete response and 9 had PRs. Of the 9 who experienced PRs, 3 were confirmed and 6 were unconfirmed. At 12 weeks, the disease control rate with the ADC was 74%; at 16 weeks, this rate was 58%. Thirteen percent of patients were on treatment for 52 weeks and 3 continued to receive treatment beyond 64 weeks.

A total of 44 patients were enrolled to the dose-expansion ovarian cancer cohort of the trial. Notably, these patients were heavily pretreated, having received up to 3 prior lines of therapy. At the November 8, 2021 cutoff date, 43 patients had been randomized into dose levels starting that 4.3 mg/kg and 5.2 mg/kg.

Eighty-one percent of these patients were resistant to platinum chemotherapy, 63% were previously treated with bevacizumab (Avastin), and 65% received prior PARP inhibitor treatment. Of the 43 patients, 33 had at least 1 post-baseline scan available.

Additional findings indicated that among patients who started treatment with STRO-002 at a dose of 5.2 mg/kg, the ORR was even higher, at 47%. These patients were unenriched for biomarker status, and 8 of the 17 patients achieved PRs.

Moreover, investigators found that higher FolRα expression levels using tumor proportion score (TPS) were correlated with higher response rates with STRO-002. Thus, TPS has been identified as a potentially acceptable scoring algorithm for the ADC with respect to biomarker enrichment strategy. In patients with a TPS of greater than 25%, the ORR with STRO-002 was 40%; 10 of 25 patients achieved PRs. In those with a TPS of 25% or less, the ORR was only 13%.

“Based on our data, an enrichment approach of TPS greater than 25% FolRα expression may enable treatment of about 70% of the advanced ovarian cancer patient population,” according to Sutro Biopharma, Inc., the drug developer.

No new safety signals were reported among 43 safety-evaluable patients who received STRO-002 at starting doses of either 5.2 mg/kg or 4.3 mg/kg. The 5% of treatment-emergent adverse effects (TEAE) reported with the ADC were noted to be grade 1 or 2 in severity.

The most common TEAE experienced with STRO-002 that resulted in delayed treatment, or a dose reduction, was neutropenia. However, most of these cases were asymptomatic and resolved within 1 week of the delayed dose. In other cases, investigators administered granulocyte-stimulating colony factor.

“We are encouraged by the investigator interest in STRO-002 in the dose-expansion cohort,” Arturo Molina, MD, MS, chief medical officer of Sutro Biopharma, Inc., added in the release. “These interim data underscore our confidence in STRO-002 as a potential therapeutic for patients with ovarian cancer, and we will continue to follow the patients who remain on treatment.”

Previously, in August 2021, the FDA granted a fast track designation to STRO-002 for use in patients with platinum-resistant epithelial ovarian, fallopian tube, or primary peritoneal cancer who have previously received 1 to 3 lines of systemic therapy.5

STRO-002 is also under exploration for use in combination with bevacizumab in patients with endometrial cancer, as part of a phase 1 trial (NCT03748186).