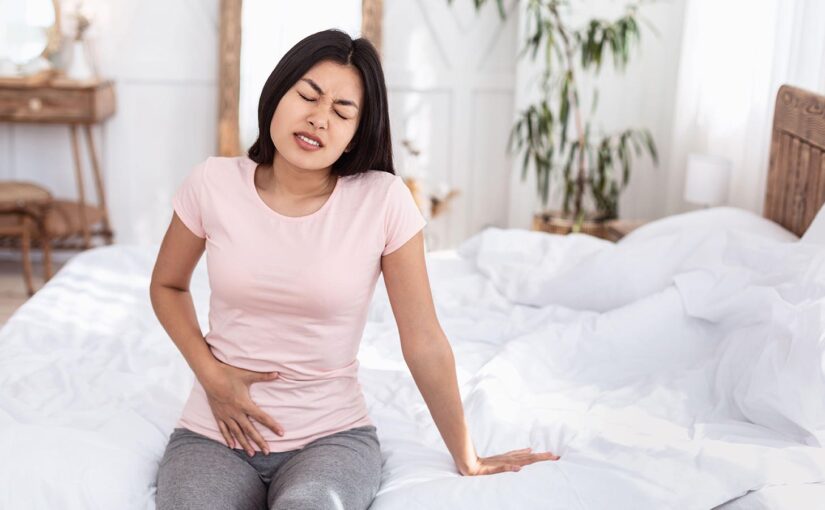 More than 70% of women with high-risk early ovarian cancer had one or more symptoms of underlying disease, most often abdominal or pelvic pain, a large retrospective review showed.

The number of symptoms increased with tumor size but not with patient age, disease stage, or histologic subtype.

“One of these five common symptoms identified in this current report can potentially be used to evaluate patients for early-stage ovarian cancer,” the authors said of their findings.

A prior comprehensive literature review showed that 95% of patients with ovarian cancer had associated symptoms. The lower prevalence of symptoms in the current study probably reflected the fact that all patients had early-stage disease, the authors continued.

“Additional research is warranted to evaluate symptom awareness in early-stage cancers and possibly incorporating novel serum biomarkers and wearable monitoring devices,” Chan and coauthors concluded. “As one of the few studies that describe symptoms of high-risk early-stage ovarian cancer, our data showed that more than 70% of patients present with one or more symptoms. Thus, even in early-stage disease, ovarian cancer is not necessarily a silent disease.”

The study poked holes in the “myth” that only women with advanced-stage ovarian cancer have associated symptoms, according to the author of an accompanying editorial.

“Many healthcare professionals are seemingly unaware of the symptoms typically associated with ovarian cancer, so misdiagnosis remains common,” wrote Barbara Goff, MD, of the University of Washington in Seattle.

The findings added to evidence from clinical surveys showing that more than 90% of women with early-stage ovarian cancer reported having symptoms prior to diagnosis.

“Both patients and healthcare professionals should be educated about these symptoms, and we all need a high index of suspicion in symptomatic patients to avoid delays in diagnosis,” she concluded. “Women with early-stage disease have survival rates that are more than double those in women with advanced-stage disease. Therefore, symptom recognition with appropriate diagnostic testing remains very important in our efforts to improve outcomes.”

A majority of ovarian cancers continue to be diagnosed in advanced stages, most of which will recur and subsequently develop chemoresistance. Early-stage diagnosis could influence overall survival but remains challenging, Chan and coauthors noted.

Multiple studies have documented that most patients with ovarian cancer have symptoms but, in the majority of cases, symptoms are nonspecific and reported most often by patients with advanced-stage disease.

In an effort to home in on symptoms associated with early-stage ovarian cancer, the authors retrospectively reviewed records for patients who participated in the phase III GOG 157 trial of surgically staged ovarian cancer. The trial included 427 patients with high-risk early disease, of whom 419 had information related presence of symptoms at diagnosis.

No other demographic or clinicopathologic features had significant associations with symptoms. Neither relapse-free survival nor overall survival correlated with symptom status.

“It is unclear whether the characteristic symptoms of patients with early-stage disease differ from those with advanced-stage disease,” the authors stated.