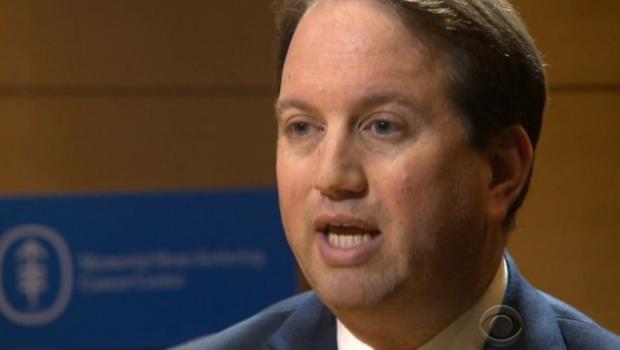 A government advisory board sounded an alarm Wednesday about ovarian cancer. Every year, more than 22,000 women in the United States are diagnosed with the disease, because it’s often caught too late, more than 14,000 die. Wednesday’s report found surprising gaps in what we know about ovarian cancer, starting with a basic definition: It’s called ovarian cancer, but it can start outside the ovary, in the Fallopian tubes or the uterus.

Dr. Douglas Levine heads the gynecology research lab at Memorial Sloan Kettering Cancer Center and was one of the report authors.

“I’s a collection of many different diseases,” he explained.

Why is that important?

“When you start to figure out the origin, it tells you information that is important about treatment, prevention and mechanisms of developing cancer,” Dr. Levine said.

Prevention is key because, right now, there’s no effective way of finding ovarian cancer early, one reason the disease is so deadly. Thirty-four-year-old Morgan Melnikoff, mother of three, got genetic testing last fall and learned she was at increased risk.

“I was not going to gamble with my life, especially knowing that they would not be able to catch ovarian cancer in its early stages,” she said.

So Melnikoff opted for preventive surgery. In her case, that meant removing the ovaries, Fallopian tubes, and a full hysterectomy.

“The cells turn into cancer and then spread very quickly,” said Dr. Levine. “We really have a very limited window of opportunity to identify the cancer cells.”

Symptoms are vague if at all. More than half of the women with ovarian cancer don’t get the recommended standard of care, which includes evaluation and treatment from an ovarian cancer specialist.

To read this entire article by CBS News With Scott Pelley on The Clearity Portal, click here.