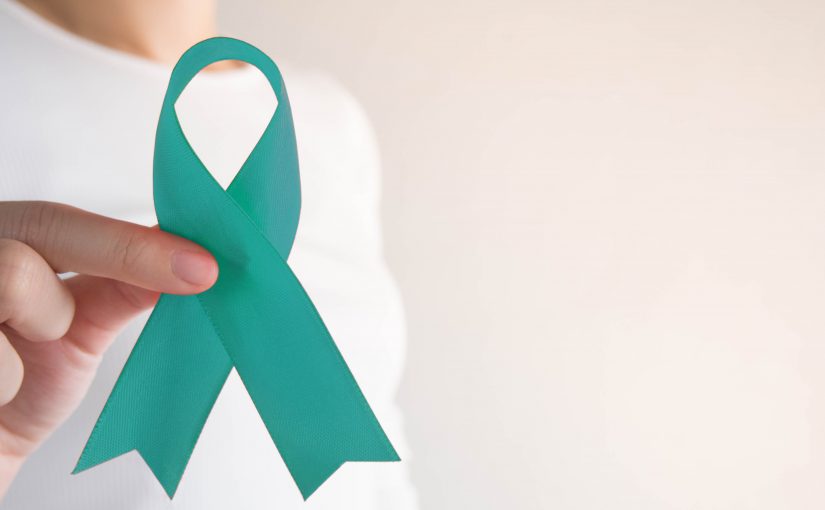 There will be 22,530 new cases of ovarian cancer in the United States this year.

Although tumors often present at an advanced stage, it remains one of the most chemosensitive epithelial cancers, with a response rate of 70% to 80% after initial surgery and chemotherapy.

Unfortunately, most patients relapse and develop chemotherapy-resistant disease. Approximately 14,000 U.S. women will die this year of ovarian cancer. No gynecologic malignancy has a higher fatality rate.

Despite decades of research into the pathogenesis and molecular origins of ovarian cancer, progress has been quite slow. Carboplatin and paclitaxel have been the standard therapy for more than 15 years.

However, in the last decade, there has been a revolution in our understanding of the origin of this tumor and its important molecular pathways. This has led to the development of novel effective therapies and, ultimately, better clinical management of the disease.

These advances have generated optimism that we may begin to see more women cured of this disease, or effectively managed so they can live long, comfortable lives.

The major new discoveries that contributed to this optimism include the recognition of the fallopian tube as a source for many ovarian cancers; large-scale systematic molecular analysis of high-grade serous ovarian cancers; and the development, testing and FDA approval of new agents, such as bevacizumab (Avastin, Genentech) and poly (ADP-ribose) polymerase (PARP) inhibitors.

One of the conundrums in ovarian cancer research for many years was the lack of validated preneoplastic lesions for this tumor.

The discovery and understanding of BRCA1/BRCA2 mutations as the basis of breast-ovary syndrome established a group of high-risk women.

Prophylactic removal of these patients’ ovaries and tubes allowed for the first time a systematic examination of pathologic specimens from high-risk patients. Even then, the identification of preneoplastic lesions on the ovarian surface was difficult to establish.

These lesions — called serous tubal intraepithelial carcinomas — have been found in a significant number of prophylactically removed specimens, and there is a general consensus that these are preneoplastic lesions for high-grade serous tumors.

Other abnormalities in the tubes, such as p53 signatures — clonal expansions of normal-appearing epithelial cells that stain for TP53 — remain to be defined. However, this work radically changed ovarian cancer research.

It provided a source of new, important tissue, which can be used to examine the early events in tumor development, along with potential genomic and protein markers that may be valuable for early detection. Further, it raised the issue of removing the fallopian tube alone as opposed to the ovary as a risk-reducing procedure.

The work of many laboratories over the past 10 years has provided a molecular underpinning for the observation that ovarian tumors of different histologies have unique clinical and anatomic differences.

Molecular analysis demonstrated that high-grade serous ovarian cancers are the result of genomic chaos with a major defect in DNA repair; clear cell cancers result at least, in part, from inactivation of ARID1A, a gene involved in chromatin structure; mucinous tumors of the ovary behave much like their gastrointestinal counterparts and likely are the result of aberrant RAS/RAF signaling; and endometrioid cancers behave like their endometrial counterparts with abnormalities in the PI3K pathway.

These molecular differences reinforced that these tumors are unique diseases and require separate clinical investigation.

The Cancer Genome Atlas study examined the genomic features of high-grade serous ovarian cancer on multiple platforms. Although the results reinforced many of the previously known genomic aspects of this tumor, this study provided a launching point for many new hypotheses and potential treatment algorithms.

A high-grade ovarian serous cancer results from a severe defect in DNA repair. This results, at least in part, from mutations in p53 and in BRCA1/BRCA2 or one of the other genes within the Fanconi DNA repair pathway. This produces a homologous recombination deficiency that creates an inability to repair DNA double-stranded breaks.

As a result of this abnormality, the tumor has very few high-frequency mutational events outside of p53 or BRCA1/BRCA2. This tumor cannot be targeted effectively by small molecule inhibitors.

The abnormality in homologous recombination deficiency results instead in the shift of large amounts of DNA, producing amplifications in the lesions throughout the genome. The precise genes that drive the tumor remain to be defined, and that is one of the challenges in the molecular characterization of ovarian cancer.

In addition, the genomic plasticity of high-grade serous ovarian cancer has raised issues of the degree of heterogeneity that exists within tumor diagnosis and its evolution under the pressure of therapeutic intervention.

After little progress in the development of new ovarian cancer therapies in the 1990s and early 2000s, a better understanding of the activated molecular pathways led to 10 new indications in the past 5 years.

Early work on the microenvironment of ovarian cancer tumors suggested this tumor was, in part, a VEGF-driven tumor.

This was translated into an upfront randomized phase 3 trial known as GOG-0218 and its European counterpart, ICON7. Both studies demonstrated a statistically significant PFS benefit for patients who had been treated with bevacizumab concurrently with chemotherapy and in maintenance.

This led to the approval of the drug in Europe, but unfortunately, because there was no OS difference, it was not approved in the United States. It took several more years and a European study called AURELIA, which was focused on platinum-resistant patients. AURELIA looked at bevacizumab in combination with physician’s choice chemotherapy compared with chemotherapy alone. In the setting of recurrent platinum-resistant disease, results showed a statistically significant prolongation of PFS of approximately 3.5 months and an improvement in quality of life in these patients. This trial led to the approval of bevacizumab for ovarian cancer in the United States.

That was rapidly followed by additional studies, including OCEANS and GOG-0213, all of which focused on the use of bevacizumab in platinum-sensitive recurrence. These trials also showed a prolongation of PFS in favor of bevacizumab of approximately 4 to 5 months and led to FDA approval. Finally, just recently, with the summation of all data, the FDA approved the use of the drug upfront for patients with ovarian cancer.

The use of bevacizumab for ovarian cancer is well-established. It is used primarily for recurrent disease but, with time, may migrate toward upfront treatment.

The discovery and characterization of high-grade serous ovarian cancer as a disease of genomic instability prompted scientists to question whether it is targetable.

The early laboratory data supported this hypothesis of synthetic lethality with a number of seminal publications in high-impact journals. This led to a relatively rapid translation of this concept into early drug development and, ultimately, to randomized phase 3 trials.

These trials have been an astonishing leap forward in that the laboratory-observed synthetic lethality could be demonstrated in patients, with an HR in favor of PARP inhibition in these trials frequently in the 0.2 to 0.3 range.

The initial approvals for this class of drugs in the United States were based on treatment and response rates.

Three trials that evaluated women with platinum-sensitive recurrent disease — NOVA, SOLO2 and ARIEL3 — were strongly in favor of PARP inhibition. Of note, the NOVA trial treated all comers, and even those patients who had wild-type BRCA1/BRCA2 and scored normal in homologous recombination deficiency assays benefited from PARP inhibition.

The results of the SOLO-1 trial demonstrated that, for patients with germline or somatic BRCA1 or BRCA2mutations, maintenance in the frontline is very effective. Use of PARP inhibitors in ovarian cancer has now moved up to maintenance in frontline therapy.

These agents have been extremely well-tolerated, with some class effects of nausea and fatigue that usually are reasonably well-controlled.

These are exciting times in ovarian cancer research and, more importantly, for patients. Recent discoveries have realized the possibility that this is the beginning of the end of ovarian cancer.

Our new understanding of the origins of this disease may give rise to a reasonably effective early detection assay, which remains the holy grail of ovarian cancer research.

The molecular analysis of ovarian cancers with different histologies will allow us to begin to stratify patients appropriately to maximize efficacy and minimize toxicity.

The emergence of new, effective agents, such as antiangiogenics and PARP inhibitors, has brought on the dawn of a new era for ovarian cancer — one in which it is conceivable to begin to whisper about the possibility of curing patients or, at the very least, better managing their disease so as to convert a lethal disease into a chronic one.