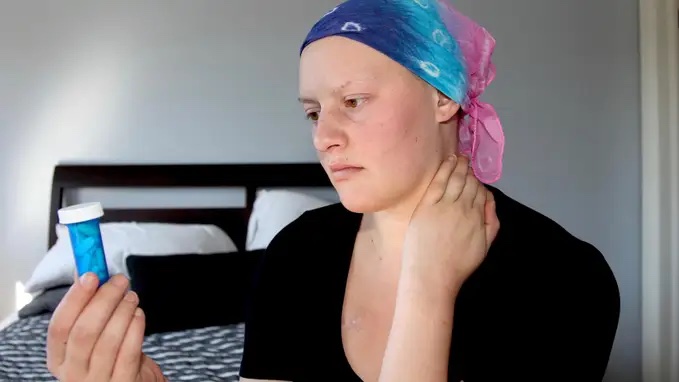 Women with cardiovascular conditions (CVCs) and ovarian cancer had better 2-year survival if they received a nonselective beta blocker (NSBB) at or around the time of cancer surgery, a review of medical records showed.

Two-year postoperative survival was 80% in the patients who received NSBBs versus 69% for those who did not receive NSBBs. The difference represented a 53% reduction in the hazard ratio for all-cause mortality. The NSBB subgroup also had better cancer-specific survival (CSS). The survival benefit was no longer apparent at 8 years.

The beneficial effects on overall survival (OS) and CSS did not apply to women who received cardioselective beta blockers (SBB), reported Susan J. Jordan, PhD, of the University of Queensland School of Public Health in Herston, Australia, and colleagues.

“Our finding that NSBB supply at the time of first cytoreductive surgery for EOC [epithelial ovarian cancer] is associated with a survival advantage in women age 50 years and over with a history of CVCs was consistent and clinically relevant,” the authors wrote in the Journal of Clinical Oncology. “Two prospective pilot trials investigating perioperative NSBB (propranolol) in ovarian cancer, although small, showed promising results. Large clinical trials are urgently needed, not only to improve survival outcomes but also to reduce demand on health services.”

And they cautioned that “the repurposing of safe and inexpensive drugs, like propranolol, is hindered by the lack of immediate financial incentive for private industry to conduct a large randomized clinical trial, so a joint collaborative approach between governments, researchers, and funders will likely be required.”

The findings add to a growing body of evidence NSBBs may improve outcomes in ovarian cancer, said Anil Sood, MD, of the MD Anderson Cancer Center in Houston. Sood, who was not involved in the current study, and colleagues previously reported similar results in a patient cohort without CVCs.

“We proposed a while back that it’s important to look at the subtypes of beta blockers that are used, selective versus nonselective,” Sood told MedPage Today. “In this context, this is an important study because it’s a completely independent group that looked at this issue. They have a fairly sizable number of patients and they took pains to tease out the type of beta blocker.”

In the broad population treated with beta blockers, patients often receive selective agents that target the beta-1 adrenergic pathway, which “probably is less relevant in the context of tumor biology,” he added. Some studies have focused on beta blockers in general without distinguishing between the subtypes. The lack of consideration for drug subtype probably accounted for mixed results that emerged from similar studies, Sood said.

Adrenergic stress before, during, and after surgical resection of tumors may activate inflammatory responses that have been shown to promote tumor growth and increase metastasis in animal models. Surgical stress in mice with transplanted ovarian cancer cells increased tumor activity, which was attenuated by perioperative administration of propranolol.

As Sood pointed out, previous observational studies of beta-blockade during the perioperative period and chemotherapy administration yielded mixed results. Jordan and colleagues sought to build on the knowledge obtained from prior studies, and examine the association between beta-blocker selectivity and survival.

Investigators identified 3,844 Australian women, ages 50 or older, with a history of CVCs and surgery for EOC. At or near the time of surgery, 560 (14.5%) of the patients received SBBs and 67 (1.7%) received NSBBs. About 85% of the patients in the SBB subgroup had hypertension, a fourth had a history of arrhythmia, 18% had heart failure, 95% had ischemic heart disease, and 15% had angina. In the smaller NSBB subgroup, 73% of patients had hypertension and 12% each had arrhythmias or heart failure.

Two years after surgery, patients who received NSBBs had better OS and CSS as compared with the patients who received no beta blockers. An analysis of average causal effects showed that NSBB use was associated with hazard ratio of 0.47 for all-cause mortality versus no beta-blocker treatment (95% CI 0.24-0.94) and an HR 0.38 for ovarian cancer mortality (95% CI 0.16-0.93).

The findings have relevance for other types of cancer, as the authors pointed to ongoing studies evaluating NSBBs in breast cancer, pancreatic cancer, and melanoma. Other investigations have focused on the effects of beta-2 adrenergic stress on radiation therapy and NSBBs’ ability to reverse the adverse effects.