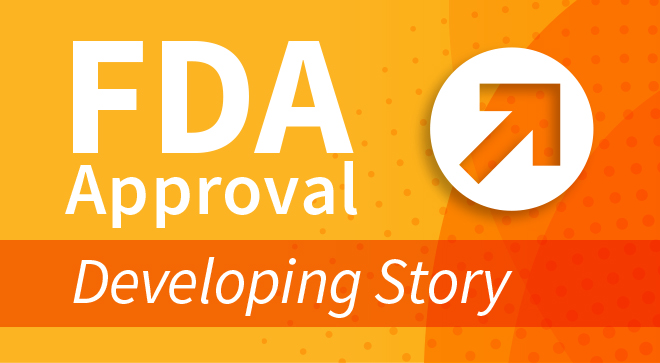 The Food and Drug Administration (FDA) has approved the combination of two targeted drugs, Lynparza (olaparib) and Avastin (bevacizumab), for patients with advanced ovarian cancer who have responded to initial treatment with platinum-based chemotherapy plus Avastin and whose disease has a specific mutation.

To be eligible for the treatment, patients must have experienced a complete or partial response to their previous therapy and have cancer that expresses homologous recombination (HRD) deficiency due to a BRCA gene mutation and/or genomic instability. This combination treatment is a maintenance therapy, designed to prevent the treated disease from worsening.

The approval was based on results from the phase 3 PAOLA-1 trial, which included patients with newly diagnosed, advanced, high-grade, serous or endometroid ovarian, fallopian tube or peritoneal cancer.

Results also showed that Lynparza was most beneficial for patients with HRD-positive tumors, including those that were BRCA-positive. In this subgroup, the median time until disease progression was 37.2 months with the Lynparza combination and 17.7 months with Avastin alone.

In those who had HRD-positive tumors without BRCA mutations, the median time until disease progression was 28.1 months with Lynparza/Avastin and 16.6 months with Avastin alone.

Check back later to learn more about what this approval means for patients.