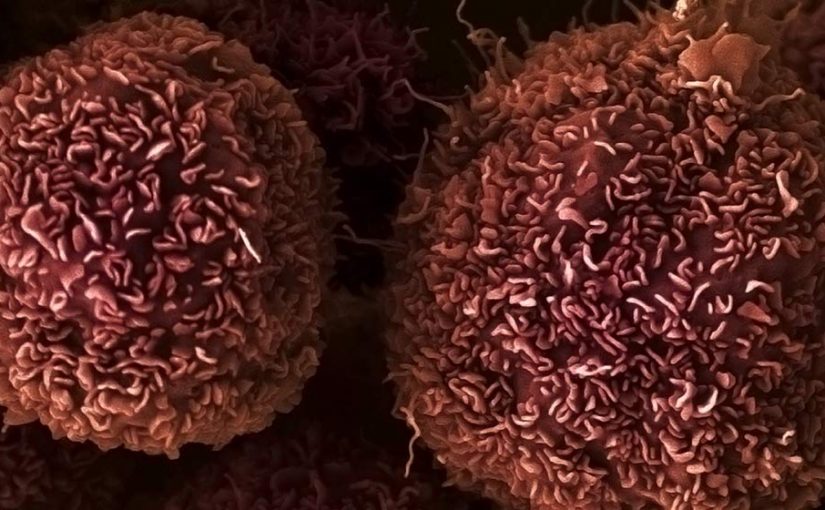 In what they claim is the first large-scale systematic analysis of thousands of gene fusions in human cancers, scientists have identified a gene fusion that could represent a novel drug target for multiple cancers. Through their studies, the largely U.K.-based collaborators carried out CRISPR-Cas 9 editing to identify the most important gene fusions for cancer cell survival, and tested existing anticancer compounds to see which might be repurposed to target specific gene fusions.

“We discovered a handful of gene fusions that are key for cancer survival,” commented Mathew Garnett, PhD, group leader of the translational cancer genomics team at the Wellcome Sanger Institute and Open Targets, and is lead author of the published paper in Nature Communications. “These genetic changes may present opportunities for treating patients with existing drugs, or could be the drug targets of the future. We discovered a new gene fusion, YAP1-MAML2, which offers a new drug target for several cancers, including ovarian cancer.” Garnett’s Wellcome Sanger Institute team, together with colleagues at the European Molecular Biology Laboratory, European Bioinformatics Institute (EMBL_EBI), Open Targets, and GSK, reported the findings in a paper titled, “Functional linkage of gene fusions to cancer cell fitness assembled by pharmacological and CRISPR-Cas9 screening.”

Oncogenic gene fusions are found in both solid and blood cancers, and occur when two completely separate genes join together. About 20,000 gene fusions have been identified to date, but “for most their role remains unknown,” the authors explained. Some gene fusions are used to help diagnose cancers, stratify patients for clinical trials or monitor residual disease, and in these cases, it is critical that their function in cancer is evaluated, Garnett et al., continued. “Discriminating between fusions that have a role in cancer and those do not is a major challenge with important clinical implications,” they wrote. However, “the functional role of most cancer-associated fusions has not been investigated.”

As part of the Genomics of Drug Sensitivity in Cancer (GDSC) project, the team had generated large-scale genomic and pharmacologic datasets for more than 1,000 cell lines spanning 43 cancer types. For their newly reported work the researchers analyzed more than 8,000 gene fusions in the cancer cell lines, and harnessed CRISPR gene editing technology to determine which of the most notable fusions were critical for cancer cell survival. Fusion proteins can impact on clinical responses to therapy, so the cell lines were also tested against more than 350 anticancer drugs, to determine which drugs might be repurposed to target cancers with specific gene fusions.

The investigators’ results suggested that while nearly 90% of the thousands of gene fusions analyzed are probably not important for cancer cell survival, some may have functional relevance and offer up new opportunities for drug repurposing or new drug development. “Thousands of gene fusion transcripts have been reported and most are likely to be passenger events due to chromosomal instability or artifactual,” the team noted. “… we tested 3,354 fusion events and found supporting evidence of a functional role for 368 (11.8%) by either CRISPR data or drug sensitivity data.”

Of those gene fusions that may be important for cancer fitness, the team identified a functionally relevant fusion, YAP1-MAML2, in multiple cancer types. The YAP1-MAML2 gene fusion had previously been reported in nasopharyngeal carcinomas, and in a patient with skin cancer, but the Wellcome Sanger Institute-led team also identified recurrent YAP1-MAML2 fusions in glioblastoma, ovarian cancer, and head and neck cancer cell lines.

“We found that YAP1-MAML2 fusions were significantly associated with decreased cell fitness when targeted in the CRISPR screen,” they commented. The finding was of particular interest as prior studies have linked aberrant YAP1 activation—YAP1 is involved in Hippo pathway activation—with poor prognosis, chemoresistance, and resistance to cell death in different types of solid tumors. “Furthermore, loss of fitness in response to MAML2 knockout is unique to MAML2-fused cell lines in the three cancer types where the fusion is observed,” the scientists pointed out. “Overall, our finding that recurrent YAP1-MAML2 fusion are associated with increased YAP1 signaling and required for cell fitness support targeting the Hippo signaling cascade in YAP1-MAML2-fusion-positive tumors.”

The analyses also provided new data on fusions involving RAF1, ROS1, and BRD4, which indicated the potential to repurpose existing drugs for use against rare pancreatic, breast, and lung cancers. The researchers suggest that their studies represent a valuable reference of gene fusions in cancer cell lines, with important clinical implications. “…More broadly, these results support the use of validated oncogenic fusions as therapeutic biomarkers in diverse histologies, and the utility of basket trials for clinical development of drugs targeting fusion proteins irrespective of tumor type, such as the type used for the development of entrectinib in solid tumors with ALK, ROS1, and NTRK fusions.”

“Cancers differ between people and having a genomic view of these differences is increasing our understanding of cancer and opening up treatment options for patients,” concluded Julio Saez-Rodriguez, PhD, who was previously at EMBL-EBI and Open Targets, and is now professor of medical bioinformatics and data analysis at Heidelberg University. This study offers further opportunities to employ gene fusions as therapeutic biomarkers and stratify patients onto clinical trials, potentially offering more targeted and effective clinical studies.”

This article was published by Genetic Engineering & Biotechnology News.