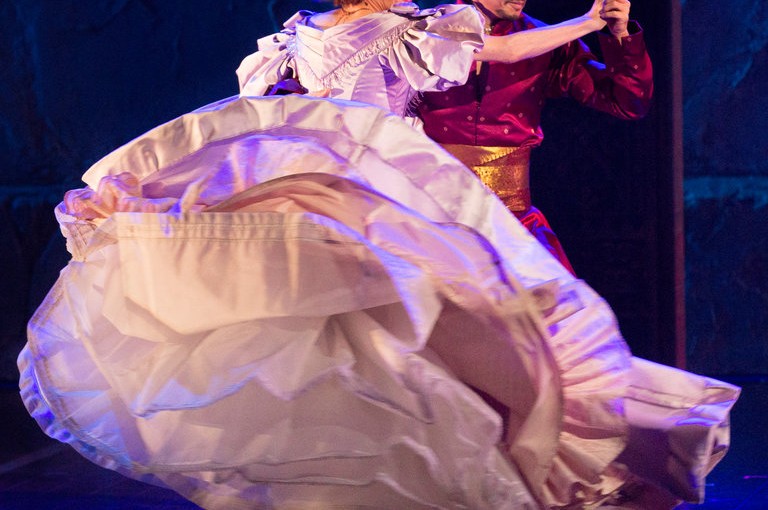 The Broadway star Marin Mazzie brings the same exuberance to living with late-stage ovarian cancer that she displays in her performances. Or perhaps the roles she has undertaken in musicals like “Ragtime,” “Kiss Me Kate” and “The King and I” have contributed to her proactive efforts to improve the fate of other women who will have to cope with the disease.

Ms. Mazzie, who is known for her gorgeous mezzo soprano voice, is currently in treatment for a recurrence of her illness. She has committed herself to raising consciousness about ovarian cancer and making its signature color, teal, as recognizable as breast cancer’s pink. Because ovarian cancer has no reliable detection tool, she works with the Damon Runyon Cancer Research Foundation and the Cancer Support Community to promote scientific advancement as well as awareness. When caught at an early stage, ovarian cancer can be cured; however, most women are currently diagnosed with late-stage disease.

Given the lack of an early detection tool, Ms. Mazzie believes that a BRCA blood test should be offered to young women with a family history of breast, ovarian, prostate, colon or pancreatic cancer. “The profile of who needs to be tested has to expand,” she told me in a recent phone interview. Geneticists agree that women who carry a mutation face a substantially elevated risk of getting breast and ovarian cancer. Women testing positive could use monitoring to detect cancer earlier or employ prophylactic surgery to prevent it.

Many people do not realize that a BRCA mutation can be passed down by men, as it was in Ms. Mazzie’s family. Her paternal grandmother had breast cancer and her father dealt with prostate as well as colon cancer. She was not offered a BRCA blood test until after her diagnosis. She wants other women to learn from her experience.

Ms. Mazzie also hopes to discourage people from equating a diagnosis of ovarian cancer with a death sentence. Employing conventional medicine as well as supplementary therapies, she sees cancer “as an opportunity, not a curse”: a chance to plumb new, if complex perspectives. Despite the anxiety a recurrence inevitably brings, she welcomes the chance to try a relatively new medication, a PARP inhibitor. Since this type of drug has kept me alive for almost five years, I revel at her prospects.

I am so uplifted by her glad cadences that I wonder about their source. “Did your experience as a singer shape your responses to diagnosis, treatment, remission or recurrence?” I asked.

“Singing involves the interconnection of mind and body. It has always been healing for me,” she explained. “It makes me feel extremely alive, whether I am playing a character or in concert. ‘Live in the moment’ or ‘life is a gift’: I always believed that, but never before felt the power of life and love, of an outpouring from my husband, family and community.”

At the reference to her husband, Jason Danieley, I became aware of his presence on the line and impressed by his tactful deference. Mr. Danieley is a highly accomplished performer in his own right. He and Ms. Mazzie starred opposite each other on Broadway in “Next to Normal” and they sing in concert venues around the world. I inquired about the part he has assumed after diagnosis and some 20 years together.

To Ms. Mazzie’s goals of finding a detection tool and encouraging BRCA testing, Mr. Danieley added another: Fostering medical breakthroughs that will extend the survival time of women with ovarian cancer. “We want to grow old enough to play ‘Who’s Afraid of Virginia Woolf’ (the musical).”

Hooting at the idea of Edward Albee’s George and Martha breaking into a duet, I wondered if Ms. Mazzie and Mr. Danieley had become cancer activists. “Wait,” I added, “that term doesn’t sound right. Maybe anticancer activists?” She agreed: “Yes, like when we attended a ‘cancer gala.’” They do attend musical and nonmusical events to help make cancer less frightful and more treatable. Recently Ms. Mazzie gave a keynote speech at the Damon Runyon Cancer Research Foundation’s annual fund-raising breakfast at Cipriani in New York City. But they want to keep her healing foremost in their minds.

“If you could pick a song to sing to people living with cancer,” I asked Ms. Mazzie, “what would it be?” She acknowledged that many of the lyrics she has sung for decades resonate differently now. Then she named “Move On” from “Sunday in the Park With George” as well as “We Can Never Go Back to Before” from “Ragtime.” Audiences have loved her interpretations of both of these pieces.

I was blown away by the third tune Ms. Mazzie mentioned. Composed by John Kander and Fred Ebb, “And the World Goes ’Round” serves as a reminder that even when we are imperiled personally, we can trust in the ongoing endurance of existence itself: “Sometimes your dreams get broken in pieces / But that doesn’t matter at all. / Take it from me, there’s still gonna be / A summer, a winter, a spring and a fall.” The words blaze when you listen to her passionate rendition.