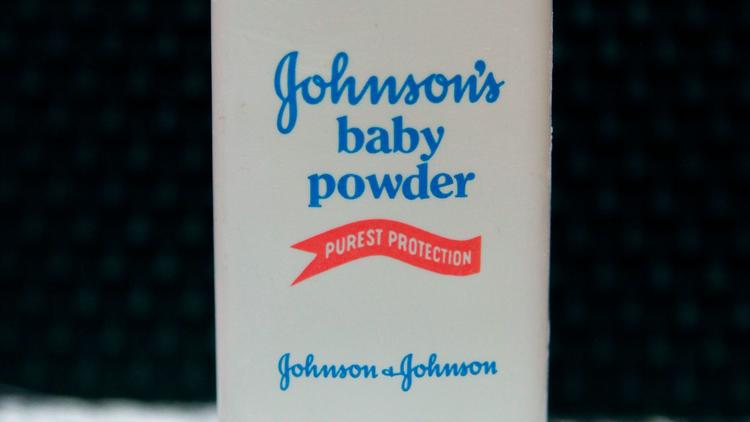 Toward the end of the great adventure movie “A High Wind in Jamaica,” a gang of pirates is sentenced to hang for a murder they didn’t commit.

“I don’t want to die innocent!” a crewman cries out to his captaI in.

“Zac,” replies the captain, “you must be guilty of something.”

One could cite that line to explain the lawsuits lodged against the giant consumer company Johnson & Johnson by more than a thousand women suffering from ovarian cancer, and their families. They claim their disease was caused by dusting themselves over a lifetime with talc that the company marketed to women under brand names such as Johnson’s Baby Powder and Shower to Shower and the jingle, “A sprinkle a day helps keep odor away.”

State court juries in St. Louis have hit J&J with awards totaling more than $300 million in actual and punitive damages so far. (The company has said it will appeal.)

Another 2,400 lawsuits are pending around the country. Jury selection in the trial of one brought by Eva Echeverria, a 63-year-old Los Angeles resident, is scheduled to start July 17 in L.A. County Superior Court. Related lawsuits have been filed by six other Southern California women, and those trials presumably will follow.

The plaintiffs say they trusted that Johnson & Johnson wouldn’t market an unsafe product, only to learn after they fell ill that research had established a link between talc and ovarian cancer years earlier, and the company had refused to place a warning label on its packaging.

Yet these cases should raise the same doubts as the other lawsuits, which we aired last year. Put simply, is the science strong enough to support judgments of this magnitude? The answer seems to be no.

Some studies have reported a link between talc and ovarian cancer. But they’re generally retrospective case control studies. These rely on their subjects to report their past experiences, which could be marred by poor recollection or biased by the desire to pinpoint a cause of disease.

On the other side of the ledger are prospective studies, which select their subjects first and then follow them over a period of years. One such study reported in 2000 by researchers at Harvard was part of the National Nurses Health Study of more than 121,000 women, including 78,630 who said they had used talc. Ovarian cancer eventually struck 307 of them. The study revealed “no overall association” between talc use and “epithelial ovarian cancer,” though there was a “modest elevation in risk” for one variety of the disease. That variety, invasive serous ovarian cancer, is what Echeverria is suffering from, according to court papers.

“Our results provide little support for any substantial association between perineal talc use and ovarian cancer risk overall,” the researchers reported.

Another prospective study performed by the University of Massachusetts followed 61,576 post-menopausal women without a history of cancer for more than 12 years. It found “no association” with risk of ovarian cancer.

As I observed in relation to the St. Louis jury awards last year, cases like these present an extraordinary challenge for the American jury system.

The scientific evidence is equivocal. Talc’s role may well be incremental or marginal, swamped by other potential contributing factors such as obesity, genetics and other aspects of the patients’ medical histories.

Ovarian cancer accounts for only 1.3% of all new cancer cases in the U.S., according to the National Cancer Institute. But it’s the eighth most common cancer and the fifth leading cause of cancer-related death among women. Fewer than half of all patients survive five years after diagnosis. Still, pinpointing one factor as a “cause” of an individual patient’s disease is no simple matter.

Perhaps most important, the verdicts may reflect the decline of science’s reputation for objectivity. Some studies on the link between talc and ovarian cancer, pro and con, have financial ties to one side or another. The author of an influential paper asserting the connection has been a paid consultant for plaintiffs; but one of the more comprehensive papers debunking the link was paid for partially by a law firm representing a talc manufacturer. It’s unsurprising that the public, and jurors, can’t decide who to believe.

So what really underlies these lawsuits? It’s quite possible that it’s the David-and-Goliath factor: On one side of the courtroom is a plaintiff who is undeniably sick with a terrible disease, or if she has passed away, her survivors. On the other side, Johnson & Johnson, which earned a profit of $16.5 billion last year and doesn’t have an entirely spotless record of corporate integrity.

Getting across to a jury the message that Johnson & Johnson may have deliberately suppressed evidence of health risks to sell baby powder shouldn’t be beyond the capability of a reasonably experienced trial lawyer. The discovery process in such litigation almost inevitably yields all sorts of seemingly incriminating paperwork: Letters, say, from Alfred Wehner, an epidemiologist working for the talc industry, acknowledging that research exists pointing to a talc-cancer connection.

In 1997, Wehner upbraided a J&J executive for dismissing the research in PR statements. “Anybody who denies this,” Wehner wrote, “risks that the talc industry will be perceived by the public like it perceives the cigarette industry: denying the obvious in the face of all evidence to the contrary.”

But Wehner wasn’t arguing that there’s anything to the connection. He was saying the industry had gone too far in addressing the research. “The industry does have powerful, valid arguments to support its position,” he wrote, but those would be undermined if it acted as though the evidence cited by its critics didn’t exist at all.

Further muddying the water is the fact that some research has associated talc with cancer and other diseases— but diseases of the lung, in cases where victims inhaled the mineral, especially when the talc was contaminated with asbestos. Talc marketed to the public has had to be asbestos-free since the 1970s.

There’s been very little judicial pushback against the plaintiffs’ claims. Last September, a New Jersey state judge, Nelson C. Johnson, threw out expert testimony promoting the ovarian cancer link from Daniel W. Cramer, a Harvard researcher who has produced the leading research indicating the link. Johnson’s ruling was provided to me by representatives of Johnson & Johnson.

Johnson cited the differences between the conclusions of Cramer’s retrospective research and those of the prospective studies. He noted that Cramer’s work and other studies pointing to a link don’t have conclusive descriptions why talc would cause ovarian cancer. He called the experts’ failure to “articulate a plausible hypothesis for the biological mechanism” a “huge hole” in the plaintiffs’ case. None of the plaintiffs’ witnesses, he said, “ventured to articulate just how it is that talc in the ovaries, or what it is about talc in the ovaries, that sets off a chain of events which purportedly causes ovarian cancer.”