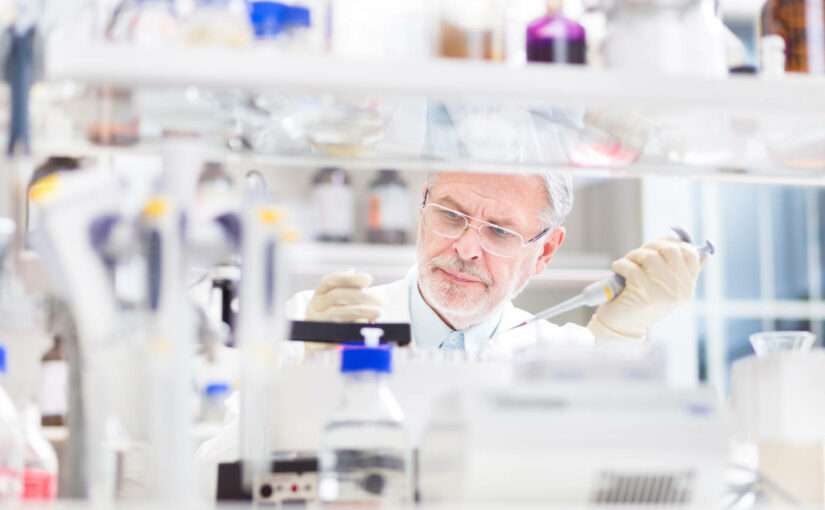 Barcelona, Spain: Patients with cancers that are driven by certain mutations occurring in response to DNA damage can be safely treated with two drugs, olparib and adavosertib, if they are given in sequence rather than concurrently.

Presenting results from the phase Ib STAR [1] clinical trial to the 34th EORTC-NCI-AACR [2] Symposium on Molecular Targets and Cancer Therapeutics in Barcelona, Spain, today (Friday), Timothy A. Yap, Associate Professor of Investigational Cancer Therapeutics at The University of Texas MD Anderson Cancer Center, Texas, US, said that sequential dosing with the two drugs was a strategy that was safe and well-tolerated, with promising signs of anti-tumour activity in patients with a range of different cancers.

“These are early clinical findings for 13 patients and will need to be investigated further in a larger population of patients,” he said.

Genetic mutations that lead to an abnormal response to DNA damage (‘DNA Damage Response’ or ‘DDR’) include BRCA1, BRCA2 (both involved in breast, ovarian, prostate and pancreatic cancers), PALB2 (breast, ovarian and pancreatic cancers), ATM (breast, ovarian and prostate cancers), ARID1A (breast, lung, endometrial, bladder and bowel cancers), and CCNE1 (breast, lung, bowel, endometrial and glioblastoma cancers). These mutations are sensitive to anti-cancer drugs that stop two enzymes called PARP and WEE1 [3] from helping damaged cancer cells to repair themselves. However, when the PARP inhibitor, olaparib, and the WEE1 inhibitor, adavosertib, were given together to patients with these mutations, they caused serious side effects. Dr Yap and colleagues found evidence in cancer cells and mice that giving the two drugs one after the other did not cause these problems.

“Based on these compelling pre-clinical data, we started the STAR study investigating sequential olparib and adavosertib to patients with BRCA1, BRCA2, PALB2, ATM, ARID1A and CCNE1 alterations,” said Dr Yap. “We were also interested to assess if this combination was effective in patients who had cancers that were resistant to platinum chemotherapy and PARP inhibitors; these are urgent areas of clinical unmet need. Promisingly, we observed patient benefit, including durable responses as assessed by radiology, in these patients with highly resistant cancers. This suggests that this is a promising rational therapeutic combination for such patients.”

Two men and eleven women, with an average age of 50 years, enrolled in the study between April 2020 and November 2021. Five had breast cancer, five had ovarian cancer, one patient had prostate cancer, one had gastric cancer and one had bowel cancer. Ten of the patients had received three or more previous lines of chemotherapy, and cancer had continued growing in seven patients who had been treated previously with a PARP inhibitor.

Three of the 13 patients received 300mg olaparib orally twice daily for the first five days and again from days 15-19, alternating with 250 mg adavosertib orally once a day from days 8 to 12 and days 22 to 26. This was dose level (DL) 1. The remaining ten patients received 300mg olaparib twice a day from days one to five and days 15 to 19, and 300mg adavosertib orally once a day on days eight to twelve and days 22 to 26. This was DL 2. Both DL 1 and 2 were given every 28 days in the absence of disease progression or unacceptable side effects.

“Our clinical data showed for the first time that the sequential administration of the PARP inhibitor olaparib and the WEE1 inhibitor adavosertib was safe and well tolerated, even with prolonged treatment of patients. Importantly, we also observed promising early clinical activity in patients with very advanced DNA damage response-aberrant cancers, including those who were platinum chemotherapy and PARP inhibitor resistant,” said Dr Yap.

Three of 12 patients available for evaluation had a partial response in which their tumours shrank by 30% or more, or levels in blood samples of a biological marker for cancer called CA125 fell by at least 50%. Of these, partial responses were seen in a patient with BRCA2 oestrogen receptor positive breast cancer for six months, and in a patient with PARP inhibitor-resistant BRCA2 mutation ovarian cancer for ten months. Five other patients had stable disease, in which their cancer neither grew nor shrank for four or more months.

The most common side effects were mild nausea, anaemia, fatigue, vomiting and diarrhoea. The dose had to be reduced in only two patients.

“This trial provides early clinical proof of concept for this novel sequential approach for the combination of PARP inhibitors with WEE1 inhibitors. It also provides the blueprint for other related DNA damage response drugs to be potentially combined safely with good tolerability and promising efficacy for patients with cancers where the mutations have been identified. These clinical findings validate our preclinical findings published in Cancer Cell, which we translated seamlessly into this clinical trial,” said Dr Yap. [4]

The recommended dose for a phase II clinical trial was established as that used for DL2. The researchers plan to include patients in the trial with BRCA1/2 tumours, that are intrinsically resistant to PARP inhibition, and patients with DDR mutated tumours with acquired resistance to PARP inhibition.

Professor Ruth Plummer, from Newcastle University, UK, is chair of the 34th EORTC-NCI-AACR Symposium and was not involved with the research. She said: “This study shows the value of exploring different dosing schedules to see if they can improve the tolerability of drugs aimed at cancers driven by abnormal responses to DNA damage. It is encouraging to see signs of activity, particularly in patients who are resistant to PARP inhibition. As this is a small study, we look forward to results from the phase II trial with interest.”

[3] PARP stands for Poly(ADP-Ribose) Polymerase. WEE1 is named after ‘wee’, the Scottish word for ‘small’.

This article was published by EurkeAlert!