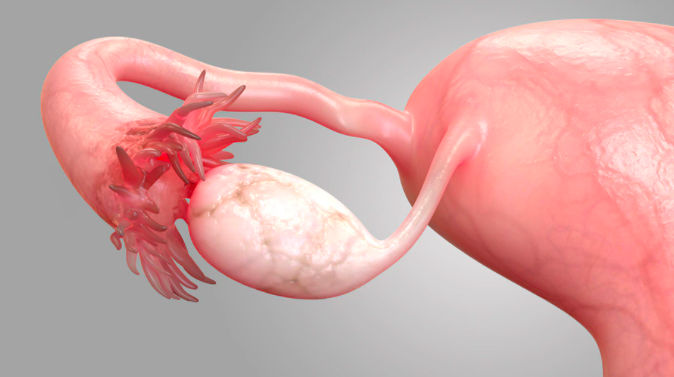 Adding the Wee1 inhibitor adavosertib to gemcitabine reduced the risk of disease progression and death in women with recurrent, platinum-resistant or -refractory ovarian cancer, a randomized phase II trial showed.

For the primary endpoint of progression-free survival (PFS) in 99 patients with high-grade serous tumors, those assigned to gemcitabine plus adavosertib had a median PFS of 4.6 months, as compared with 3.0 months with gemcitabine plus placebo (HR 0.55, 95% CI 0.35-0.90, P=0.015), reported Amit Oza, MD, of Princess Margaret Cancer Centre in Toronto, and colleagues.

“In advanced-stage or heavily pretreated high-grade serous ovarian cancer, few options remain after conventional therapy,” the authors wrote in The Lancet. “This is the first trial to show a significant benefit (progression-free survival, overall survival, and response rate according to RECIST) from the addition of adavosertib to gemcitabine in heavily pretreated platinum-resistant or platinum-refractory high-grade serous ovarian cancer, a setting of clinical need that has yet to be met with standard-of-care therapies.”

In an accompanying editorial, Sarah Blagden, MD, of the University of Oxford, and Shibani Nicum, MD, of Oxford University NHS Foundation Trust in England, called the correlation of treatment response and tumor histology and molecular features “a key strength” of the study.

While sample sizes were small, adding adavosertib appeared to benefit patients with homologous recombination deficiency, BRCA mutations, and those with CCNE1-amplified tumors.

“This study realizes the potential of targeting the cell cycle derangement present in a substantial subpopulation of patients with resistant ovarian cancer,” the editorialists wrote. “The development of rapid immunohistochemical or circulating biomarkers to identify this subpopulation could herald the more widespread use of cell cycle targeting therapies like adavosertib earlier in the disease course.”

Patients had a median age of 62 years, and a median of three prior lines of treatment. Most in the study had platinum-resistant disease, while 10% in the study arm and 15% in the control arm had primary platinum-refractory disease. To enroll, women had to have an Eastern Cooperative Oncology Group (ECOG) performance status ≤2, normal organ function, normal marrow function, and a life expectancy of 3 months or longer.

Toxicity was “generally manageable with intermittent dose modification and did not lead to severe complications,” according to the study authors.

Blagden and Nicum said the adavosertib dose of 175 mg “might be unnecessarily high for the heavily treated patients with high-grade serous ovarian cancer; an absence of pharmacodynamic evidence of target engagement leaves this question unanswered.”