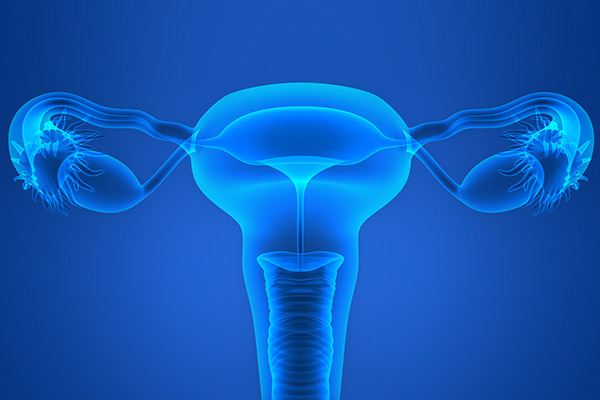 Women who receive ovarian stimulation for assisted reproductive technology (ART) procedures don’t have an increased risk of developing ovarian cancer when compared to subfertile women who don’t undergo ART, according to a new study.

The results suggest that nulliparity is likely responsible for the increased risk of ovarian cancer observed in patients treated with ART, the researchers said.

Earlier, shorter studies had only compared ART-treated women with women from the general population.

“Subfertile women differ from women in the general population according to several ovarian cancer risk factors. Therefore, to estimate the risk of ovarian cancer associated with ART, it was important to include a comparison group of women who were subfertile and not treated with ART,” said senior study author Flora E. van Leeuwen, PhD, of Netherlands Cancer Institute in Amsterdam.

Incident invasive and borderline ovarian tumors were ascertained through linkage with the Netherlands Cancer Registry and the Dutch Pathology Registry. Ovarian tumor risk in ART-treated women was compared with risks in the general population and the subfertile non-ART group.

The researchers reported the results in the Journal of the National Cancer Institute.

Women treated with ART were no more likely to develop ovarian cancer than subfertile women not treated with ART (adjusted hazard ratio, 1.02), but the ART group did have an increased risk of ovarian cancer when compared to the general population (standardized incidence ratio, 1.43).“This, however, turned out to be due to the fact that the women who had received ART were less likely to have children. Not having children is a known risk factor for ovarian cancer,” Dr. van Leeuwen said.

Women with more ART procedures that resulted in the birth of a child were at lower risk of developing ovarian cancer, compared with women without any successful cycle (Ptrend = .001). However, women who had only cycles not resulting in a birth were not at higher risk of ovarian cancer when they had a greater number of cycles.

However, the risk of developing borderline ovarian tumors did not increase in women who had received multiple ART procedures.

“If there was a causal association between ART and increased risk of borderline ovarian tumors, we would expect to see this risk increase with a greater number of ART procedures from more hormones and more stimulation of the ovaries. This makes the direct link between ART and increased risk of borderline tumors a bit uncertain. It might be caused by other factors, such as the severity of infertility,” Dr. van Leeuwen said.

Borderline ovarian tumors are rare in the general population in the Netherlands, and women who develop these tumors generally have a good prognosis, she said.

The risk of developing a borderline tumor before the age of 55 for women in the Netherlands is approximately 0.2%. After ART, the study found a risk of approximately 0.3%.

“Women who develop cancer and have undergone ART procedures in the past may wonder whether their cancer may be caused by ART. Based on the results from our study, that seems unlikely, and that is a very reassuring message from practicing oncologists to women diagnosed with ovarian cancer. Another important message is that, in ART-treated women, increasing parity reduces the risk of ovarian cancer,” Dr. van Leeuwen said.

The study does not exclude the possibility that ART might increase the risk of ovarian tumors after age 60.

“Despite our long follow-up, the age of the women at the end of our study was still relatively young [average 56 years]. Because the incidence of ovarian cancer increases with older age, it is vital to continue to follow these women. Only then can we be sure that ART does not increase the risk of ovarian tumors in the very long run,” Dr. van Leeuwen said.

“This study offers confirmation of several previous studies and provides reassurance about the risk of ovarian cancer after ART procedures,” said Daniel Kenigsberg, MD, of RMA Long Island IVF in New York. Dr. Kenigsberg was not involved in this study but has performed more than 30,000 ART procedures over the past 32 years.

“Researchers have looked at whether fertility drugs cause ovarian cancer in different ways and in different countries, and there is no cause-and-effect relationship. There was no dose-response relationship between ART and ovarian tumors in this study. It’s more likely there is something wrong with the women’s ovaries that lead to borderline tumors and infertility more than any treatment,” Dr. Kenigsberg added.

“Perhaps both fertility and cancer relate to an underlying ovarian issue, but this would not explain the increased cancer incidence in those who never attempted pregnancy, that is, women who are voluntarily childless. Pregnancy is statistically protective: more pregnancies lead to less ovarian cancer, but this is far from absolute,” he explained.

Dr. Kenigsberg suggested that oncologists should be aware of a patient’s obstetrical history and fertility history as well as any related medical interventions.

“Borderline tumors look like cancer and have histologic features of cancer but do not meet the criteria for a cancer diagnosis,” he said. “They require close surveillance because their relationship to the development of full-fledged cancer is uncertain.”

This research was supported by grants from the Dutch Cancer Society. The authors and Dr. Kenigsberg have no conflicts of interest.

This article was published by MD Edge.