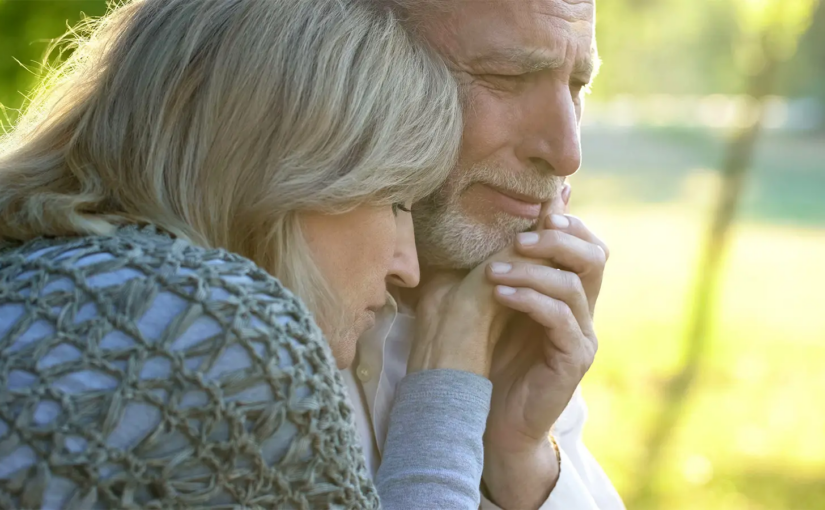 — Risk especially high within the first year after cancer diagnosis

Clearity offers psychosocial support through our Steps Through OC program for patients, survivors and caregivers. If you would like personal one-to-one assistance with the stress and challenges associated with an ovarian cancer diagnosis, our team of OC Counselors can help you. For more information see: https://www.clearityfoundation.org/psychosocial-support/

The heightened stress of having a spouse battling cancer may manifest in a clinical diagnosis of a new psychiatric disorder, a population-based cohort study found.

Looking at over 3 million people living in Denmark and Sweden, there was a higher incidence of first-onset psychiatric disorders among spouses of patients with cancer when compared with the spouses of patients without cancer (6.9% vs 5.6%), reported Qianwei Liu, MD, PhD, of the Karolinska Institutet in Stockholm, and colleagues.

This difference translated to a 14% higher risk during a median follow-up of more than 8 years (adjusted HR 1.14, 95% CI 1.13-1.16), with similarly elevated risks for developing depression, substance abuse disorder, and stress-related disorders (aHRs of 1.16-1.25), the group wrote in JAMA Network Open.

A particularly heightened risk among spouses was seen during the first year following a cancer diagnosis (aHR 1.30, 95% CI 1.25-1.34), driven primarily by a higher incidence in stress-related disorders and depression.

Likewise, if a spouse with cancer died during follow-up, the surviving spouse had a 29% increased psychiatric disorder risk. This was even more pronounced for male spouses following the death of the patient with cancer (aHR 1.48, 95% CI 1.44-1.52).

Spouses that had a preexisting psychiatric morbidity also saw a significantly higher risk for a hospital visit either for a recurrence of their condition or for another first-onset psychiatric disorder (aHR 1.23, 95% CI 1.20-1.25).

“These results support the need of clinical awareness to prevent potential mental illness among the spouses of patients with cancer, especially in these high-risk groups,” Liu’s group said.

Findings were based on data representing 546,321 spouses of patients with cancer compared with over 2.7 million unexposed spouses without a preexisting psychiatric morbidity. The median age of the cohort was 60. There was slightly more female than male spouses included (54% vs 46%).

While the risk of any new-onset diagnosis was highest during the first year, it remained elevated in the follow-up period beyond as well (aHR 1.13, 95% CI 1.12-1.14), the researchers noted.