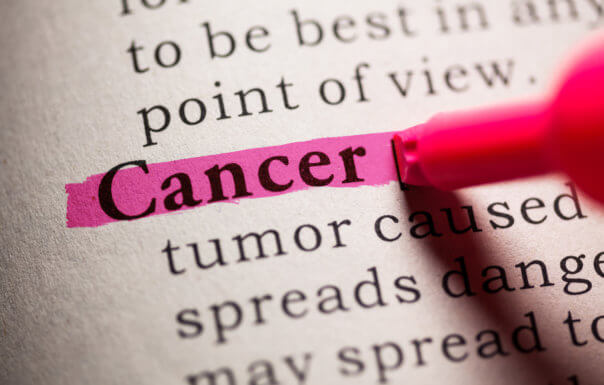 Research shows that combining computed tomography (CT) scans with ultrasound images creates a visual guide for doctors that allows them to sample the full complexity of a tumor with fewer, targeted biopsies. Capturing the patchwork of different types of cancer cells within a tumor, known as “tumor heterogeneity,” is critical for selecting the best treatment. That’s because genetically-different cells may respond differently to various therapies.

Most cancer patients undergo one or several biopsies to confirm their diagnosis and plan their treatment. But because a biopsy is an invasive clinical procedure, medics urgently need to reduce the number of biopsies taken and make sure they accurately sample the genetically-different cells in the tumor, particularly for ovarian cancer patients.

Fiona Barve, a science teacher who lives near Cambridge, was diagnosed with ovarian cancer in 2017 after visiting her doctor with abdominal pain. She had stage four cancer and immediately underwent surgery and was treated with a course of chemotherapy. Fiona believes the new technique could help patients get quicker, more accurate, test results.

“I was diagnosed at a late stage and I was fortunate my surgery, which I received within four weeks of being diagnosed, and chemotherapy worked for me. I feel lucky to be around,” the 56-year-old said in a statement. “When you are first undergoing the diagnosis of cancer, you feel as if you are on a conveyor belt, every part of the journey being extremely stressful. This new enhanced technique will reduce the need for several procedures and allow patients more time to adjust to their circumstances. It will enable more accurate diagnosis with less invasion of the body and mind. This can only be seen as positive progress.”

Since March 2019, Fiona has been cancer-free and is now back to teaching three days a week.

High-grade serous ovarian (HGSO) cancer, the most common type of ovarian cancer, is referred to as a “silent killer” because early symptoms can be difficult to pick up. By the time the cancer is diagnosed, it is often at an advanced stage and survival rates have not changed much over the last 20 years, experts say. But late diagnosis is not the only problem, scientists warn. HGSO tumors tend to have a high level of tumor heterogeneity and patients with more genetically-different patches of cancer cells tend to have a poorer response to treatment.

Professor Evis Sala from the University of Cambridge Department of Radiology leads a multidisciplinary team of radiologists, physicists, oncologists, and computational scientists. The team uses innovative computing techniques to reveal tumor heterogeneity from standard medical images. The new study led by Sala, involved a small group of patients with advanced ovarian cancer who were due to have ultrasound-guided biopsies prior to starting chemotherapy.

“This study provides an important milestone towards precision tissue sampling. We are truly pushing the boundaries in translating cutting-edge research to routine clinical care,” says Sala.

As part of the study, patients first had a standard-of-care CT scan that uses X-rays and computing to create a 3D image of the tumor from multiple image “slices” through the body. The researchers then used a process called “radiomics” – using high-powered computing methods to analyze and extract additional information from the data-rich images created by the CT scanner – to identify and map distinct areas and features of the tumor. The tumor map was then superimposed on the ultrasound image of the tumor and the combined image used to guide the biopsy procedure.

The authors say that the new virtual biopsy method will now be applied in a larger clinical study and the results will be analyzed further.

This article was published by Study Finds.