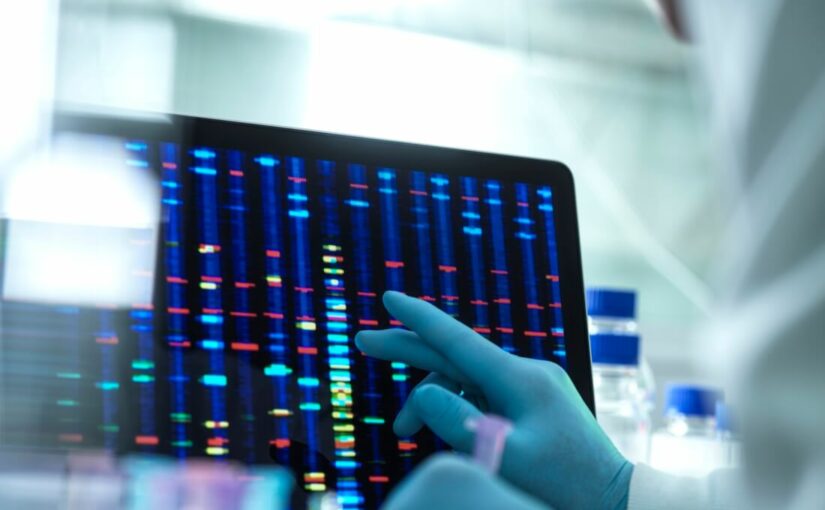 Rates of genetic testing in ovarian cancer “remain well below the goal of universal testing,” according to authors of a systematic review and meta-analysis published in Gynecologic Oncology.1

The researchers analyzed data from 35 studies to determine rates of germline genetic testing in patients with ovarian cancer and identified factors that influence whether patients are being tested or not.

“For many years now, the recommendation from multiple organizations, including the Society of Gynecologic Oncology, has been for universal genetic assessment of women with ovarian cancer,” said review author Melissa Frey, MD, an assistant professor of obstetrics and gynecology at Weill Cornell Medicine in New York, New York.

“But we also knew that, despite the recommendation for universal testing, in reality, many people don’t have access to testing or don’t have testing recommended to them,” Dr Frey added.

With this in mind, she and her colleagues conducted a systematic review of the literature, leading to a meta-analysis of 35 studies, 15 from the United States and 20 from 8 other countries.

Collectively, the studies included 16,891 patients with ovarian cancer who were a median age of 60.5 years at diagnosis.

Of the 35 studies, 19 reported on the use of genetic services without any intervention, 7 studies did involve an intervention, and 9 studies included scenarios with and without interventions.

In the cases without any intervention, 39% of patients were referred for genetic counseling, and 30% of patients completed genetic testing.

According to Dr Frey, approximately 15% to 20% of patients with ovarian cancer will carry a germline hereditary mutation associated with a substantially increased risk. Most mutations are in BRCA1 or BRCA2, but a minority of patients will have rarer mutations in genes such as RAD51C and RAD51D.

In the review, 26 studies that reported genetic testing results revealed a pathogenic variant in 24% of patients.

“When I think about the downstream implications of genetic testing, the first, most pertinent thing is individualized or targeted therapy for the person who’s getting a genetic test, who has a diagnosis of ovarian cancer,” Dr Frey said.

Another implication of genetic testing is the risk of other cancers, such as breast cancer, in people carrying these hereditary mutations, which will influence future screening and surveillance. Family members potentially carrying the same genetic mutation is also a consideration.

“We know that all first-degree relatives have a 50% chance of carrying the same mutation, and all second-degree relatives will have a 25% chance of carrying the mutation,” Dr Frey said. “So if we diagnose a BRCA mutation in a patient, and her sibling or her parent gets tested, that certainly can save that person’s life by giving them the opportunity for genetically tailored disease prevention.”

Cost as a Barrier to Testing

In their review, Dr Frey and colleagues looked at the different metrics and characteristics of patients who did or did not undergo genetic testing.

One finding was that 23% of uninsured patients had undergone genetic testing, compared with 38% of patients who had medical insurance.

“I think physicians and patients are very worried about cost as a barrier to genetic assessment,” Dr Frey said. “About 10 years ago, genetic testing was often in the range of several thousands of dollars. But now, even if someone did pay out of pocket, the most they would be charged by many of the testing companies would be about $250.”

However, along with getting tested, providers recommend additional support from genetic counseling services, which can come with a considerable cost and are currently in short supply in the United States.

Another difference the review identified was that the proportion of patients undergoing genetic testing varied by race.

“If we want to make genetic testing accessible and equitable, then we have to understand what the barriers are,” Dr Frey said. “I really implore investigators to include race and ethnicity as biologic variables in any future studies, as I don’t think we can begin to tackle these disparities until we really understand them.”

Dr Frey also noted that most studies included in the review did not include race and ethnicity data, so the analysis was limited by sample size.

Of 6428 patients from studies that included information about race and completion of genetic testing, 40% of the White patients completed testing, compared with 26% of Black patients and 14% of Asian patients.

Some Improvements Over Time

“I think — not surprisingly — overall and rather grimly, we see that the rate of testing is low,” said Allison Kurian, MD, MSc, director of the Stanford Women’s Clinical Cancer Genetics Program in Stanford, California, who was not involved in the review but has conducted research on genetic testing in ovarian cancer.

“I think there were some encouraging findings; the fact that they looked over time, and they did see an improvement in rates of testing,” Dr Kurian added.

A combination of reduction in cost and more awareness of genetic testing has boosted overall uptake over time, but there are huge variations in uptake, with many patients still not being offered genetic testing by their providers.

“I think it matters what kind of data set you’d look at, whether you are looking at a clinic-based data set from a specialty center versus a population-based data set,” Dr Kurian said.

“In our follow-up paper to the one that they included in the review,2 we unfortunately did not see a substantial improvement at a population level. So I suspect there are improvements in expert centers but maybe not everywhere,” Dr Kurian said.

Interventions That May Help

The review authors made several suggestions as to how interventions might lead to a higher uptake of genetic testing among patients newly diagnosed with ovarian cancer, but there is unlikely to be a one-size-fits all approach.

Another intervention called “mainstreaming” yielded the largest increase in patients undergoing genetic testing, with 99% of patients in the test cohort receiving genetic analysis for pathogenic variants.

Although mainstreaming appeared to be very successful, Dr Frey noted that it requires complex training and teamwork, so it may not be possible in all centers.

“Mainstreaming requires a significant amount of buy-in from your medical team and also from a genetics team that’s going to educate the medical team on how to perform genetic counseling and testing,” Dr Frey said. “So I also think that it is important to individualize this based on the resources at the specific practice.”

“Looking at the interventions they analyzed, mainstreaming certainly looks promising as well as embedded genetic counseling, as well as universal testing or opt-out,” Dr Kurian said. “Telemedicine is another strategy that has great potential too.

“Right now, all of these interventions look better than the 30% testing you get when you don’t do them. I think it is likely that combinations of these strategies will be most effective, and that will depend on what kind of facility and what kind of population we’re trying to serve.”

“I think that most oncologists believe in the power of genetics and believe that genetic testing at [the] time of a cancer diagnosis is critical,” Dr Frey said. “But I’m hoping that this study will cause us to realize that, despite a universal recommendation for genetic testing, we’re still far from that in reality, and we should critically evaluate our own successes and our own practices.”