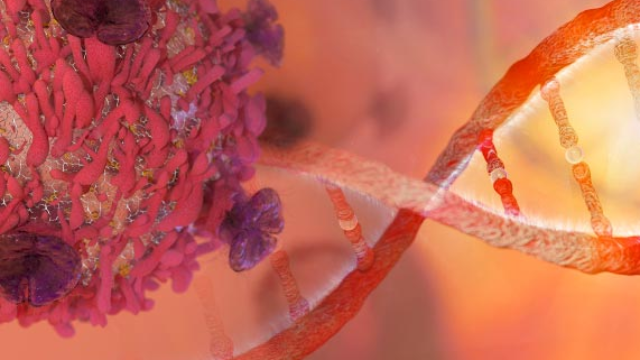 New research has shown that ovarian cancer patients with a tumor mutation in the BRAF gene respond exceptionally well to treatment with targeted drugs, known as BRAF inhibitors.

BRAF inhibitors block the activity of mutated BRAF gene. They are currently used to treat patients with melanoma, which often have mutations in the BRAF gene.

PhD student Dr Tania Moujaber from the Westmead Institute for Medical Research examined information from more than 1,000 ovarian cancer patients across Australia, including from the Australian Ovarian Cancer Study, to identify cases of low-grade serous cancer.

“Two of these women went into a clinical trial to test BRAF inhibitors, following our research which identified their BRAF mutations,” Dr Moujaber explained.

“Both have had excellent, long-lasting responses.

“In contrast, the other two women received standard treatment several years before our analysis, and sadly rapidly deteriorated and died.”

Dr Moujaber said the findings are encouraging for women with BRAF-mutated ovarian cancers, who may not respond to conventional chemotherapy.

“This treatment may not be effective for all cancers with a BRAF mutation, but we are optimistic that a positive response is likely in patients with ovarian cancer,” she said.

The research was conducted by the ovarian cancer research team at the Westmead Institute for Medical Research (WIMR), led by Professor Anna deFazio and Professor Paul Harnett, together with collaborators in Melbourne and Brisbane.

Outcomes for women with ovarian cancer are slowly improving, but the 5-year survival rate is still only 40 per cent.

Professor deFazio said that one barrier to improving outcomes is that ovarian cancer is currently treated as a single disease.

“Chemotherapy and surgery are the standard treatment for women with ovarian cancer, but each patient responds differently,” Professor deFazio said.

“Ovarian cancer is a complex and diverse disease, so we can’t assume the same treatment will work for everyone.

“This research highlights the importance of using targeted therapies for rare ovarian tumor types, such as those with BRAF mutations,” Professor deFazio concluded.

Professor deFazio and her team are leading a longitudinal study, called INOVATe, which aims to integrate this level of precision medicine into routine care for all women with ovarian cancer.

This article has been republished from materials provided by The Westmead Institute. Note: material may have been edited for length and content.