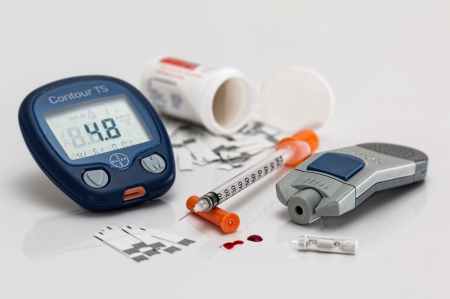 I’ve officially entered the twilight zone. No, not the one Rod Serling spoke of on that classic TV show. This is that murky, dark period when the tumor markers associated with ovarian cancer start creeping up. While the blood test, known as the CA-125, isn’t a good barometer for many women with the disease, for me it’s proven to be a sure thing. I’d been NED (no evidence of disease) since December. While the test results aren’t above the normal range yet, the upward trend is a carbon copy of what happened the first time the number crept up and resulted in six months of chemotherapy. Another recurrence appears to be on the horizon and slithering my direction.

I wouldn’t know about its impending arrival if my oncologist chose to follow recommendations from researchers who say studies show that doing regular CA-125 tests don’t increase the overall survival rates in women with this disease. They recommend women not be given this simple blood test or a CT scan until they have symptoms of a recurrence.

Excuse me while I go scream into my pillow. I didn’t have symptoms before being diagnosed with stage 4 ovarian cancer. It was found through a fluke, even though it had traveled as far as the lining of my lungs. The symptoms of this form of cancer – gas, bloating, the need to urinate more frequently and feeling full after eating only a small portion of food – are frequently are mistaken for other more benign problems.

I’ve discussed this reluctance to track the disease through the blood test with my oncologist. She agrees that it’s better to catch the recurrence early so there is less to treat when the time comes. My gynecological oncology surgeon agrees with her. It’s less stressful for me, the patient, to know where I stand and that we have a plan to beat back the disease. This is about staying ahead of the beast. It’s a marathon, not a sprint. It’s the way a chronic disease is treated.

Researchers and some oncologists argue that this method diminishes quality of life because it leads to unnecessary chemotherapy treatment. As if oncologists don’t use CT scans and PET scans to determine if treatment is truly necessary. They might think ignorance is bliss. It isn’t. The not-knowing creates its own stress. If they think women pretend they don’t know what the statistics are for recurrences of stage 4 ovarian cancer, they’re naïve. Even when a woman is NED, she wonders if every small twinge, every stomachache, every bloating, is a symptom of a recurrence. We all fight to ignore it. We fight to stay positive. We also work to balance that positivity with being realistic. We live our lives, but the specter of recurrence is never far away.

In a recent webinar on maintenance treatments for ovarian cancer, a gynecological oncology surgeon was asked about the lab work issue. He said that if the patient was his wife, he’d choose to monitor through periodic CA-125 tests and CT scans every three months.

He also noted that insurance companies are already using this research to deny coverage of repeated CA-125 tests.

It’s easy for clinical researchers to chide doctors for making decisions about monitoring and maintenance without an actual patient in mind. They don’t have to sit in an exam room with a patient and explain why there will be no testing until the beast rears its ugly head through symptoms that could represent a myriad of other medical problems.

I’ll be the first to admit it’s hard for me to watch those numbers edge up. It’s hard waiting for the CT scan, knowing those cancer cells are there and they’re growing, making themselves comfortable and checking out the countryside for vacation places perfect for metastasizing.

I’m not scheduled for my three-month CT scan until the first week of October. As I write this, that’s only a couple weeks away. Only? It’s a black hole. I alternate between a frantic flurry of work I want to get done before treatment starts, contemplating where I packed the scarves I’ll need when I’m bald for the third time, and telling myself to chill out until I know for sure.

But it’s so much harder when people who don’t know me make decisions about my treatment plan. Women should be able to talk with their oncologists about treatment options and decide together which route to choose. Ultimately, this is about allowing patients to have a voice in their treatment. We’ve lost control over our bodies. Don’t take this away, too.

This article was published by CureToday.