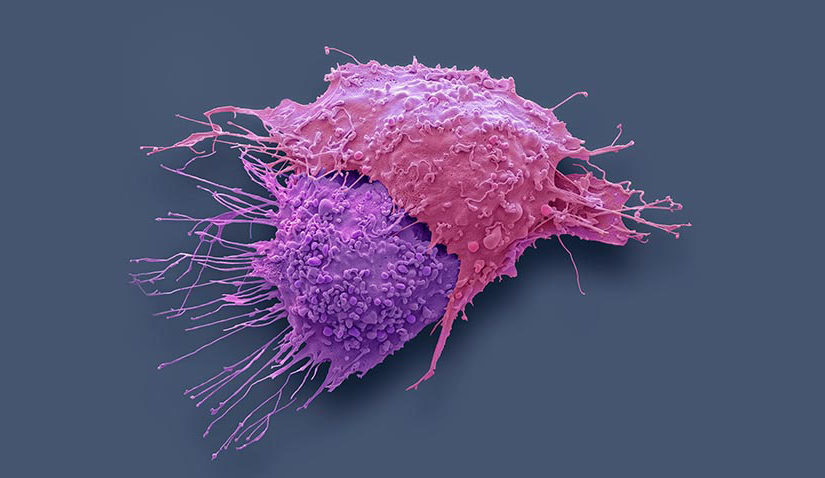 A microRNA that is normally involved in immune cell differentiation helps to initiate and drive the development of the most prevalent and deadly form of ovarian cancer, research led by the University of Michigan Rogel Cancer Center and Case Western Reserve University has found.

The study, which was conducted in cell cultures and mouse models, identifies miR-181a as a potential biomarker for early-stage high-grade serous ovarian carcinoma, as well as a possible drug target to make immunotherapy more effective. The findings appear in Nature Communications.

“There are two major challenges in ovarian cancer,” says senior study author Analisa DiFeo, Ph.D., associate professor of pathology and of obstetrics and gynecology at Michigan Medicine. “It is usually detected at a later stage, when treating the disease is much more difficult. And even when we do treat them, most of the cancers will come back — with few good additional options for patients.”

Ovarian cancer is the fifth-leading cause of cancer death for women, with a five-year survival rate under 50%, according to National Cancer Institute statistics. Recent research suggests that most high grade serous ovarian carcinomas actually originate in the cells of the fallopian tubes, where early detection methods could help doctors eliminate precursor lesions before they progress and turn deadly.

“The hope was, if we can find a microRNA that regulates several significant pathways driving ovarian cancer progression, that could make a great biomarker and/or a therapeutic target,” DiFeo says. “MicroRNAs tend to be stable in serum and blood plasma, so finding the microRNAs involved in the earliest stages of ovarian cancer could potentially allow us to detect those pre-cancerous lesions.”

Research from DiFeo’s lab had previously shown that higher levels of the same microRNA, miR-181a, were associated with faster recurrence and poorer outcomes in patients with advanced ovarian cancer.

The current study is the first to show that a microRNA can drive the transformation of a fallopian tube secretory cell toward becoming a tumor cell while simultaneously suppressing the intrinsic immune response that is supposed to detect and clean up unhealthy cells.

This ability to block the body’s defenses against unstable cells is what makes miR-181a an attractive drug target to potentially help overcome a tumor’s resistance to immunotherapy, DiFeo says.

“The hope was, if we can find a microRNA that regulates several significant pathways driving ovarian cancer progression, that could make a great biomarker and/or a therapeutic target.” – Analisa DiFeo, Ph.D.

For immune check-point inhibitors to work, a tumor must be “hot” — that is, visible to the immune system. MiR-181a regulates a protein called STING, which plays an important role in innate immunity, and thus it may aid in making these tumors more responsive to immunotherapy.

“We’re currently working with collaborators in U-M’s drug discovery cores to identify small-molecules that might be able to modulate miR-181a, and therefore turn these ‘cold’ tumors ‘hot,’” she says.

Additionally, the findings may have relevance for other types of cancer, including breast cancer, prostate cancer and lung cancer, DiFeo notes. An analysis of more than 10,000 tumors across 38 different cancers in The Cancer Genome Atlas found higher levels of miR-181a were associated with worse outcomes for patients.

“This is significant because we found that miR-181a overexpression alone is sufficient to promote transformation of cells into cancer cells and to form tumors in mouse models,” DiFeo says.

The research continues in laboratory models with the goal of ultimately identifying drug compounds to advance toward human clinical trials.

This article was published by Michigan Health Lab.