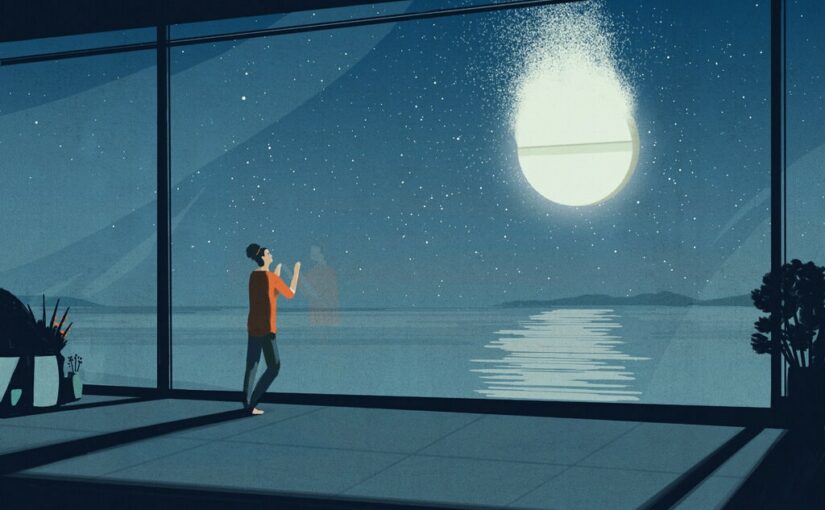 Does a pharmaceutical company have a moral obligation to acknowledge my participation with an ongoing supply of the product that I helped test?

When I learned this summer that the clinical trial of the cancer drug that seems to be keeping me alive had unexpectedly shut down, I discovered the murky rules governing drug trials and the stressful confusion they breed in participants.

In August, Alesha, the research nurse who has overseen my care since I entered a clinical trial in 2012, phoned and delivered a jolt. She had been trying to get the trial’s medication mailed to my home in Bloomington, Ind., so I would not have to traipse to Indianapolis during the coronavirus pandemic. But instead of discussing those efforts, she informed me that the trial was over.

Apparently, the Food and Drug Administration had approved Pfizer’s drug talazoparib, the oral PARP inhibitor I was testing, on Oct. 16, 2018. But this was August 2020. And the drug had been approved not for my disease, BRCA-related ovarian cancer, but for women with BRCA-related metastatic breast cancer.

It has a new brand name: Talzenna. It can be prescribed “off-label,” the legal practice of prescribing a medication for a condition other than the one for which it was originally approved.

I didn’t know how to digest this information. On the one hand, I was elated — and not only at the trial’s success. Would the monthly blood tests come to an end? Could the port in my chest be removed? Might I be liberated from the innumerable hospital schleps? How marvelous. On the other hand, how would I continue to get my medication?

But then I realized that what it really meant was that a Phase III breast cancer trial for the drug had concluded successfully, while the Phase I trial in which I participated continued to dispense the study drug until it was shut down, for reasons not disclosed to me. I still have no knowledge of why my trial closed and what its findings or results were.

Alesha wondered if her request to get the medication mailed to me had alerted the drug company to my ongoing existence. It reminded her of a time when she moved into an apartment that provided her free cable; it was only after she asked the company to add a station that she started to receive bills.

Then it dawned on me. With the trial over, would I have to start paying for the drug? Alesha explained that though the medication might be expensive, pharmacy staff members at the hospital where I had done the trial would help me apply to Pfizer for a reduced price.

Throughout this conversation, I felt there was something not quite kosher about the situation. For I had put my life on the line when I started taking the drug.

Like many people who enroll in a clinical trial after being told that they have a terminal illness, I knew that it was a gamble. In my case, the drug I helped test has given me the gift of more years with my husband, children and grandchildren.

But if it had gone wrong, it could also have shortened my life. A Phase I study involved me swallowing pills never before taken by human beings. I remember how fearful I was at the beginning, when I had to stay overnight at a motel so my response could be monitored at the hospital over two consecutive days. And then the zillions of CTs required by the trial’s protocol.

Didn’t Pfizer have a moral obligation to acknowledge my participation with an ongoing supply of the product that I helped test?

The resident ethicist in my family, a philosopher at M.I.T., didn’t think so, unless such a promise appeared in the “contract” we signed at the start. What I remember about those consent forms was that they warned that the drug could kill me and protected the manufacturer from being sued.

The oncologists I consulted disagreed with each other. Some believed that patients receiving benefits from a trial drug should continue getting the medication at no expense after the trial’s close; however, others stated that their patients in this situation often had to pay for pricey drugs. According to my nephew, a biotech consultant, practices vary: “Most companies don’t seem to provide continued access once the drug is approved in the home country of the study participant,” he told me.

In my case, I was convinced the drug in question was a lifesaver. When I first learned I had ovarian cancer, in 2008, every medical professional consulted agreed that I would die of recurrent ovarian cancer by 2013. Happily, I did not. But while studying the Talzenna website, I noted that in trials it delayed disease progression in women with metastatic breast cancer only a few months more than standard chemotherapy. In the perplexing terrain of cancer care, it seems, success arrives shadowed by failure.

When the oncology pharmacists informed me that my application for financial assistance had been denied, I was not surprised since I am not economically disadvantaged. In a subsequent phone call from the pharmacy, a compassionate staffer explained that he wanted to appeal the denial because my monthly co-payment would be several thousand dollars a month.

“What does the drug actually cost?” I finally asked him.

“You’re kidding,” I said, wondering how long Medicare and I could afford to plunk down our shares of the jaw-dropping figure.

Then, in mid-September, I received happy news. Though Pfizer has a legal right to charge me for the commercially available drug, the company has decided to keep me (as well as the handful of other women in my situation) on the study drug for the time being. I have no clue how long this will be; however, it feels like a dispensation, and I am grateful for it.

After I got that news, I asked Pfizer to clarify the company’s policy on continuing to provide beneficial medications to patients, and the response cheered me. Steven Danehy, Pfizer’s director of global media relations, wrote in an email: “When a clinical trial participant benefits from a study drug, our intention is always to support access to it after completion of the study. We work with each trial site to help arrange an appropriate option and transition period for each patient.”

He also noted, “study sponsors like Pfizer do not have direct access or communication with patients to maintain confidentiality of clinical trial participation.”

Still, I want to consider the larger picture related to people in trials run by other companies. Surely, we all hope that future researchers will continue creating life-extending drugs. It seems wrong that patients enrolled in their studies must depend on the kindness of pharmaceutical manufacturers, as I do now.

Because patients deserve to benefit from scientific breakthroughs they helped to facilitate, regulatory agencies should ensure that people thriving in clinical trials will continue receiving treatment after trials conclude. Might not a promise of ongoing treatment under these circumstances — written into consent forms — help solve the problem of poor rates of trial enrollments, motivating more people to enlist in much-needed research?

The ethical principles for medical research posted online by the World Medical Association seem to support my view: “In advance of a clinical trial, sponsors, researchers and host country governments should make provisions for post-trial access for all participants who still need an intervention identified as beneficial in the trial. This information must also be disclosed to participants during the informed consent process.”

Better minds than mine need to tackle the knotty disparity between legal practices and ethical principles with regard to clinical trials and also the even knottier hitch of the exorbitant costs of new miracle therapies … sooner, please, than later.

Susan Gubar, who has been dealing with ovarian cancer since 2008, is distinguished emerita professor of English at Indiana University. Her latest book is “Late-Life Love.”