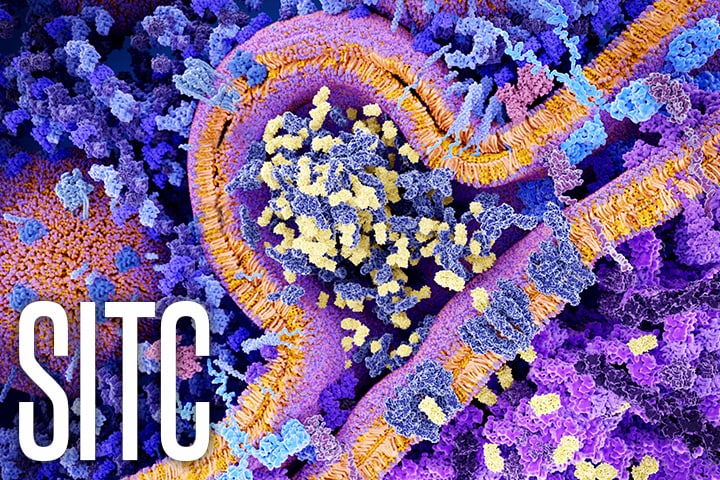 Disease control in two-thirds of patients treated with bispecific antibody.

Treatment-related adverse events were generally mild or moderate. About a fourth of patients had grade 3 transaminase elevations. Dose-limiting toxicities (DLTs) occurred in six patients, but the maximum tolerated dose was not reached, reported Ignacio Melero, MD, of the University of Navarra in Pamplona, Spain, during a press briefing prior to the Society for Immunotherapy of Cancer virtual meeting.

“We found it quite interesting that in this heavily pretreated population, about 65% of the patients attained stable disease or response,” said Melero. “There are expansion groups for different indications, and we have seen three additional responses in patients with adenocarcinoma of the lung, all of whom had previously been exposed to anti-PD-1 antibodies.”

“There were pharmacodynamic endpoints indicating that the moiety is performing its function to at least some extent,” he added. “There were signs of clinical activity even in this very early phase, first-in-human trial, and in dose expansion encouraging activity has been seen in non-small cell lung cancer.”

Melero characterized GEN1046 as a “first-in-class, next-generation, checkpoint immunotherapy.” The IgG1 bispecific antibody combines PD-1/L1 inhibition with a 4-1BB agonist that enhances T-cell function and may improve anti-PD-1/L1 blockade. The hypothesized effects were borne out in preclinical models, providing a key step to clinical investigation.

Melero reported findings from a dose-escalation study involving patients with unresectable advanced solid tumors. The 61 patients included 12 with colorectal cancer, nine with ovarian cancer, six each with pancreatic cancer and NSCLC, and 28 with various other types of cancer. The study population had a median age of 59, and 72% were younger than 65. Treatment history included a median of three prior regimens, and 23 (37.7%) patients had previously received a PD-1/L1 inhibitor.

The cohort had a median follow-up of 6 months, and eight patients discontinued treatment because of adverse events: five because of elevated transaminase levels (alanine transaminase and/or aspartate transaminase) and one each because of hepatotoxicity, immune-mediated nephritis, and pneumonitis.

Investigators evaluated GEN1046 doses of 25 to 1,200 mg, and DLTs occurred across the dose range of 25 to 800 mg. DLTs consisted of two cases of febrile neutropenia, three cases of transaminase elevations, and one case of nephritis.

The entire study cohort had a disease control rate of 65.6%, increasing to 71.4% among the 56 patients who were actually evaluable for response. Partial responses occurred in two patients with NSCLC and one each with triple-negative breast cancer and ovarian cancer.

“Clinical benefit was observed across all dose levels evaluated, including patients resistant to prior immunotherapy and those with tumors typically less sensitive to immune checkpoint inhibitors,” said Melero.

In response to a question from moderator Mario Sznol, MD, of Yale Cancer Center in New Haven, Connecticut, Melero said correlational studies have yet to be performed to identify potential biomarkers associated with clinical activity. Investigators intend to examine the relationship between tumor response and PD-L1 expression, tumor mutational burden, and other biomarkers.

In response to a question from the virtual audience, Melero said most cases of transaminase elevation resolved with dose delay, but some patients with grade 3 elevation did receive corticosteroids.

Although most patients in the study had prior exposure to PD-1/L1 inhibitors, responses occurred in two patients with no prior exposure. Melero acknowledged that those patients might have responded to nivolumab monotherapy, but he said the two responding patients with NSCLC were definitely refractory to prior anti-PD-1/L1 therapy.