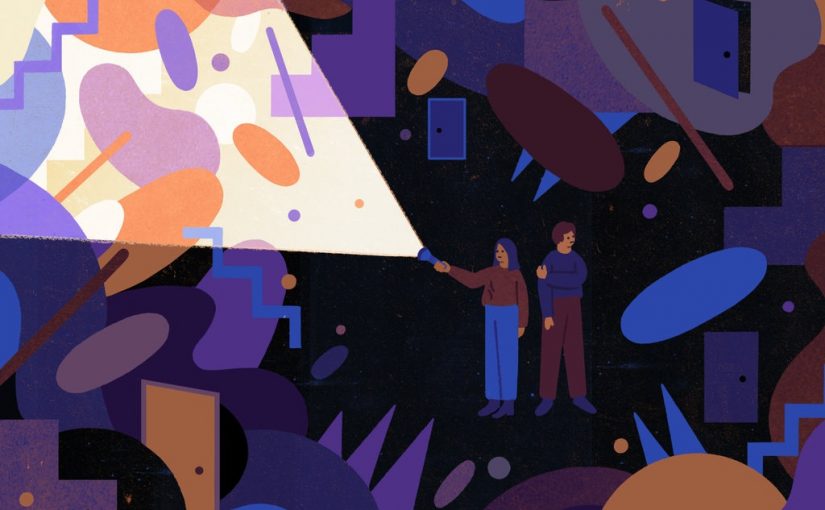 Our Clinical Trial Finder is a personalized and online search tool that will help you to find a clinical trial based on your location or clinical situation (i.e. platinum sensitive or platinum resistant, number of previous treatments). We can also help you do this search, or understand how some of the drugs in the trials may benefit your unique situation, by calling us at 858-675-0282.

Since a Phase I trial has prolonged my life for almost seven years, I find it perplexing that fewer than 5 percent of adult American cancer patients enroll in clinical studies. Why do so few people — with various stages and types of cancer — participate in research that can improve care?

One obstacle may be the baffling scaffolding scientists erect around their studies. For example, cancer is a disease of aging, but many clinical trials on cancer drugs exclude older people from participating.

One study, in The Journal of Clinical Oncology, found that older patients “are underrepresented in cancer clinical trials relative to their disease burden.”

In another study on the exclusion of large segments of cancer populations, published last year in The Oncologist, researchers argued that “the criteria for participation in some clinical trials may be overly restrictive and limit enrollment.”

But the problem of low enrollment is often attributed to patient resistance. The reluctance of some patients makes perfect sense to me. Fear about unforeseen side effects escalates when consent forms, like the ones I signed, state that a new regimen cannot cure but might kill patients.

People facing a poor prognosis may not want to squander their limited energy on traveling, undergoing invasive scans or inhabiting hospital environments. The location of trials in urban centers poses a challenge for rural populations. Additionally, eligibility requirements make it impossible to enroll when people don’t have a specific genetic mutation or have previously taken a specific drug.

Yet other qualms seem to be based on persistent delusions. Quite a few people miss out on free, cutting-edge treatment because of spurious suppositions. The commonly held view that patients will be given nothing but a placebo is rarely the case. In a randomized study, people on one arm may not receive the new medicine, but they will get “the best standard of care available” and their progress will be monitored. Placebos cannot be employed when an effective therapy is available. They may be used to test a supplementary protocol, but patients would be informed. And not all trials are randomized.

Why enroll if most trials result neither in medical breakthroughs nor in extending survival rates? One answer: even negative data extend scientific knowledge. Another: the ethical backbone of research (worth repeating) requires that all participants in trials receive “the best standard of care available” for their specific disease. Did I mention that this care is free?

The worries of patients that they will be reduced to guinea pigs should be put to rest by an important principle underscored by the physician, author and cancer survivor Dr. Wendy Harpham. When clinicians care for patients, she explains, they “abide by their professional oath as physicians to act with their patients’ welfare as their top priority.” Should a regimen prove deleterious, patients would be encouraged to drop out. In any case and for whatever reason, enrolled patients are always free to stop participating.

All these inhibitions retard enrollment; however, low rates of participation should also be attributed to insufficient information. While confronting cancer, a situation fraught with terror about personal survival, most men and women simply do not know our options and we do not have the ability to discover them on our own.

Unless oncologists are themselves researchers, they may not guide patients toward clinical trials. It is not in their self-interest to do so and it would take a considerable amount of time. Despite the government’s effort to make its website user-friendly, finding a suitable clinical trial can be exceptionally difficult. Online help sites may steer some patients to the right trials, but not all.

Only recently did I learn about clinical trial navigators, professionals who may be nurses or lay people, and who work to locate and explain trial options, negotiate complex eligibility issues and offer support as decisions are made. There is some evidence that trial navigators can promote the inclusion of racial and ethnic minorities who have been shockingly underrepresented in clinical trials. They are employed at a number of cancer centers, but not at mine in Indiana.

A cherished member of my cancer support group, Trudy Brassell, desperately wanted a clinical trial navigator but was unable to find one.

Trudy, assiduous in her fact-gathering, eventually became exceptionally knowledgeable about which physicians were conducting trials in ovarian cancer and where; however, she faced a host of difficulties as she sought to find one to cope with her disease. Some required weekly trips to a faraway hospital, some ruled her out on the basis of earlier treatments, some were closed, and some were run by incompetents who informed her that she was eligible but determined later that she was not. The months spent emailing, phoning and traveling escalated her anxiety while her tumors continued to grow.

While she was dying, she continued to wonder how she could have evaluated drugs she had never heard of and procedures she did not comprehend. At her memorial, her family and friends sang the hymn “Jerusalem,” based on William Blake’s stirring poem, because even under frightful circumstances, Trudy never ceased from “mental fight.”

Trudy died in 2018, two years after Congress authorized $1.8 billion in funding for research known as the Cancer Moonshot. It seems to me that no amount of talk about moonshots will be productive until a much larger proportion of patients enlist in clinical trials, as is the norm in an area known for research breakthroughs: pediatrics.

The majority of pediatric patients — 60 percent of babies, children and young adults — are treated in clinical trials. In the past 50 years, the overall survival rate for children has increased from 10 percent to over 80 percent, a heartening statistic not totally attributable to clinical trials but surely related to them.

Why do children and adults have such different participation rates in trials? Dr. Mitchell S. Cairo, the chief of pediatric hematology, oncology and stem cell transplantation at New York Medical College, said that one factor may be that 85 percent to 90 percent of children are treated at academic centers, whereas only about 10 percent to 15 percent of adults are. Despite childhood and adulthood differences in cancer histology and genetics, Dr. Cairo said, “increased accrual of adults onto cutting-edge clinical trials would likely increase the survival rates in a subset of adults with specific malignancies.”

What if adult cancer patient were given the opportunity to consult with a trial navigator who would address rational and irrational concerns, provide a personalized list of available trials, and discuss their suitability? Perhaps pediatric oncology should become the paradigm for adult cancer care and the dictum of Isaiah our watchword: “and a little child shall lead them.”

Susan Gubar, who has been dealing with ovarian cancer since 2008, is distinguished emerita professor of English at Indiana University. Her latest book is “Late-Life Love.”