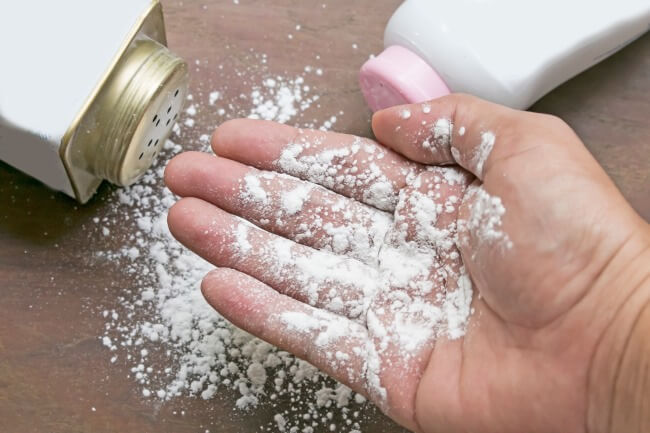 Does talc cause cancer? At least 13,000 people think so, and have filed lawsuits against Johnson & Johnson, the manufacturer of several talcum-based products. Yet so far, juries and scientists have been divided on the issue. Although in March 2019, a New Jersey jury ruled1 that the company’s baby powder didn’t cause a consumer’s mesothelioma, last summer, a Missouri circuit court ordered Johnson & Johnson to pay $4.69 billion to 22 women and their families who claim the product caused them to develop ovarian cancer.2

That question intrigued Wayne State University researcher Ghassan Saed, PhD, of the Karmanos Cancer Center in Detroit, Michigan. Like millions of women who apply talcum powder in the genital region, he also thought that talc, the clay mineral often used in combination with corn starch in baby powder, was chemically inert and harmless.

Yet in new research that was presented at the 2019 Annual Meeting of the Society of Gynecologic Oncology, Honolulu, Hawaii, Dr Saed’s team showed a link between talc and inflammation in normal and ovarian cancer cells. Specifically, the researchers identified the mechanism of action by pinpointing how the powder induced mutations in the CAT, NOS, and GPX1 genes. “I went to the lab, took the powder and added it to ovarian cancer cell lines. We found that it created an increased oxidative state,” said Dr Saed, who is an associate professor in obstetrics and gynecology and cell biology. The surprising part, he said, was that healthy fallopian cells reacted in a similar pattern – a key connection in light of the emerging scientific consensus that ovarian cancer begins in the fallopian tubes. “This is the first in vitro study that shows a direct biological effect on what’s thought to be an inert substance on ovarian cancer cells and most importantly, normal cells coming from the fallopian tubes,” he said.

Approximately 22,240 women in the United States were diagnosed with ovarian cancer in 2018, and 14,070 women died the same year, according to government surveillance data.3 So far, most of the evidence linking a woman’s use of talcum powder to an increased risk of developing ovarian cancer comes from 2 case-control studies in 2016 in which researchers asked women who already had ovarian cancer about their grooming routines.

Yet a 2017 meta-analysis of 24 case-control studies and 3 cohort studies found that the current scientific evidence of a link between genital use of talcum powder and ovarian cancer was not consistent. “Our conclusion was that the evidence was a bit ambiguous and doesn’t clearly go one way or the other,” said coauthor Paolo Boffetta, MD, MPH, professor of medicine, oncological sciences, environmental medicine, and public health at the Tisch Cancer Institute at the Icahn School of Medicine at Mount Sinai in New York, New York. “There are elements suggesting there might be an association. On the other hand, there are elements in the data that the relationship might be due to other factors.” He said the ideal “methodically stronger” study would be to enroll healthy women, ask them about their talcum use and see how many eventually develop ovarian cancer.

Dr Boffetta said the challenge of the Wayne State University study was that it’s hard to know if the cells that were exposed to talc in the lab would react the same way in a woman’s body. “It’s one thing to experiment with cells in an artificial environment, but we don’t know if the same thing happens in vivo in an actual woman’s ovary,” he says. “[These] data [are] interesting, of course, but I’d like to see more prospective studies. That’s what is missing in our collective understanding.”

For Dr Saed, his next project will involve injecting talcum powder directly into rats’ reproductive systems. “Hopefully these next studies will confirm our findings and provide important information to share with the public to tell them to stop using talcum powder,” he said.