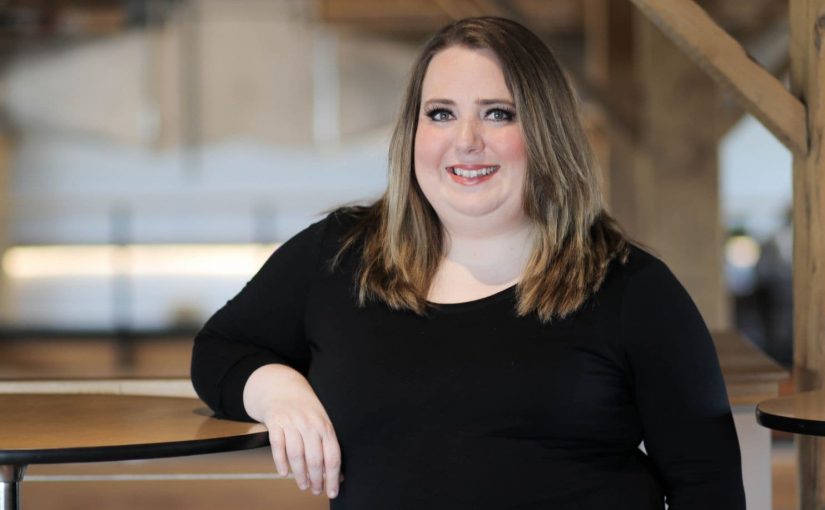 When Tori Geib learned she had terminal metastatic breast cancer in 2016 on the week of her 30th birthday, she was automatically booked to see a palliative care coach at Ohio State University Comprehensive Cancer Center in Columbus.

There, in addition to receiving a targeted therapy pill to slow the spread of the cancer, she was offered a host of services that she says shaped her quality of life for the next three years: acupuncture, pastoral comfort, nutrition advice and pain expertise to control her nausea and back pain because the cancer had spread to her spine. She also saw a mental health counselor who helped her come to terms with the brutality of her diagnosis.

“The biggest thing initially is that you’re dealing with grieving this life you just lost and the idea of what your life would be like. Your peers don’t understand. I had to quit my job as a chef two years out of school,” says Geib, of Bellefontaine, Ohio. “When I learned my cancer wasn’t curable, I just communicated to my palliative care doctor, ‘If I don’t live long, I want to make sure I live my best life.’ ”

Geib benefited from a rising trend in cancer care: making the experience of undergoing treatment as gentle as possible for the more than 1.7 million Americans diagnosed with cancer each year.

Often called palliative care or integrative medicine, the comprehensive approach focuses on patients’ emotional needs and physical symptoms in addition to treating the disease. In 2016, 1,831 U.S. hospitals — about three-quarters — had a palliative care program, compared to less than one-quarter in 2000, according to the Center to Advance Palliative Care.

While palliative care is often associated with terminal cases — and often confused with end-of-life hospice care — it’s actually designed for patients suffering from many types of serious illnesses, regardless of how long they’re expected to live.

Such “whole-person” care can include everything from mind-body practices, massage, stress and symptom management to cognitive behavioral therapy to help patients cope with insomnia and the fear of cancer coming back after treatment. As part of the growing recognition of the link between poor lifestyle factors and cancer, many centers also offer weight loss, alcohol and even exercise counseling.

That’s in addition to better medications for nausea and advances in cancer drugs such as immunotherapies that are easier on the body and don’t result in hair loss or debilitating fatigue.

“I have patients who are really anxious about treatment. They tell me about a family member who was treated 10 years ago and how horrible the side effects were and how hard it was to watch,” says Nathan Handley, a medical oncologist at Thomas Jefferson University in Philadelphia. “I tell them we’re living in a different time. We have a lot more to offer. There are more options, more support and more hope.”

Cancer specialists have long recognized the importance of addressing patients’ emotional concerns since the 1970s, when the field of psycho-oncology was created. Studies have found that nearly a quarter of cancer patients suffer from depression, and cancer survivors are 50 percent more likely to die by suicide than the general population.

Once a luxury of larger cancer centers, the mandate to offer such services gained new urgency in 2008 when the National Academy of Sciences issued its landmark report “Cancer Care for the Whole Patient,” which stressed the importance of offering emotional and social support as part of quality cancer care. And in 2016, the American College of Surgeon’s Commission on Cancer decreed that to be accredited, cancer programs must ask patients during an office visit about whether they are experiencing emotional distress.

“There’s a growing awareness that if we take care of how people are feeling, they will be better able to focus on treatment,” says Jeremy Hirst, a palliative psychiatrist at Moores Cancer Center at UC San Diego Health. “We find that validating people’s experiences by giving them the space to talk about the nightmare of a cancer diagnosis and how the experience steals so much of their life helps their physical symptoms improve.”

Paying attention to patients’ comfort and emotional mind-set isn’t just the humanitarian thing to do to reduce suffering. A growing body of evidence shows that it may extend their survival.

A much discussed 2010 study in the New England Journal of Medicine found that patients with terminal lung cancer who received early palliative care lived nearly three months longer than those who didn’t. And a 2017 study published in the Journal of the American Medical Association concluded that metastatic cancer patients who answered weekly questions about their symptoms via an online tool that reported any severe problems to a clinical nurse experienced a median life extension of five months.

In a new initiative, Handley’s team at Jefferson’s Sidney Kimmel Cancer Center is rolling out a model that communicates with patients through a third-party portal about their well-being. Not only do patients feel more cared for, addressing early symptoms, such as dehydration from nausea or fever, also increases their chances of successful treatment, he says.

The attention to patients’ quality of life is a stark contrast from the early days of cancer medicine, when doctors focused mostly on keeping patients alive and less on the physical and emotional toll of treatment.

“When the War on Cancer was originally conceived in the 1950s, it was a war at all costs. We were so obsessed with winning that we accepted the idea that a patient being invaded with chemotherapy, radiation and surgery was the price someone had to pay to get through the deadliness of the disease,” says oncologist Siddhartha Mukherjee, author of “The Emperor of All Maladies: A Biography of Cancer.” “Since that time, things have changed vastly. We don’t always give the maximal treatment. We do symptom management early. As a community, we woke up and realized we weren’t giving patients the psychological, spiritual and palliative care they needed.”

Yet there’s still a lack of consensus about what services should be considered “nice to have” and what should be standard of care at most cancer centers. Last summer, the American Society of Clinical Oncology cautiously endorsed guidelines for integrative therapies, including meditation, music therapy and yoga, during and after breast cancer treatment as complements to conventional therapies.

But at the University of Texas MD Anderson Cancer Center in Houston, psychologist Lorenzo Cohen is trying to make the case for routine screening of patients for cancer risk factors, including obesity and lifestyle habits. As part of a newly launched pilot program at the hospital’s breast center, clinicians talk to patients about their weight and ask them how much plant-based food they’re eating, how often they’re exercising and how they’re coping with stress.

“We have overwhelming data on the importance of these factors on patient outcomes,” says Cohen, director of MD Anderson’s integrative medicine program and co-author of “Anticancer Living: Transform Your Life and Health With the Mix of Six.” “What’s new is that we’re studying how to incorporate that into clinical care.”

Despite the Commission on Cancer’s recent requirement that cancer patients must be asked if they’re suffering from distress, many cancer centers don’t have a good system in place to refer patients to appropriate services, adds oncologist Lidia Schapira, director of the cancer survivorship program at Stanford University Medical Center. Nor can they guarantee insurance will cover those services.

“The current billing system separates out mental health and cancer services,” she says. “Your cancer doctor might refer you to psych-oncology, but your insurance might not cover mental health at that particular center.”

Or your insurance provider might not cover services in between or after treatment — when patients might be anxious that their cancer could return or are seeking nutritional advice on staying healthy, says Linda House, president of Cancer Support Community.

In many cities, nonprofit groups like hers have been left to fill the gaps.

“People are surviving longer, and they’re living better with their disease. Now we’re able to focus on all the other issues like depression and anxiety,” says House, whose organization runs support groups, educational sessions and social activities for patients and families in the United States, Canada, Israel and Japan. “Where we need to go as a field is to recognize that emotional support is as important as medical services and needs to be reimbursed.”

For Geib, her palliative care doctors helped soothe her back pain so she eventually was able to stop walking with a cane. She also learned strategies to manage her anxiety about undergoing imaging scans every three months to see if her cancer has advanced — what counselors call “scanxiety.”

“I’ve since learned that not everyone gets access to this kind of care, so I feel lucky,” says Geib, now 33. “No one knows the right way how to do cancer. They’re just there to help you adjust to a new normal and be present in everyday life.”