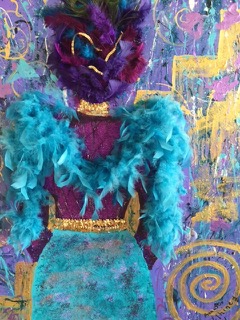 “Resilience presents a challenge for psychologists. Whether you can be said to have it or not largely depends not on any particular psychological test but on the way your life unfolds. If you are lucky enough to never experience any sort of adversity, we won’t know how resilient you are. It’s only when you’re faced with obstacles, stress, and other environmental threats that resilience, or the lack of it, emerges: Do you succumb or do you surmount?”

In her article, ‘How People Learn To Become Resilient’ in the New Yorker, published on Feb. 11, 2016, Maria Konnikova suggests none of us in our lives can escape certain roadblocks or environmental threats that lead to stress. She draws on the work of a developmental psychologist, Norman Garmezy who sees sickness in the family, economic hardship, or abuse as chronic stressors and such events as being in an accident or observing a violent crime as acute stressors. While the stress is very high in acute situations, the stress resulting from chronic adversity, Garmezy wrote, might be lower, but it “exerts repeated and cumulative impact on resources and adaptation and persists for many months and typically considerably longer.”

Prior to Garmezy’s work on resilience, most research on trauma and negative life events had a reverse focus. Instead of looking at areas of strength, it looked at areas of vulnerability, investigating the experiences that make people susceptible to poor life outcomes (or that lead kids to be “troubled,” as Garmezy put it). Garmezy’s work opened the door to the study of protective factors: the elements of an individual’s background or personality that could enable success despite the challenges they faced.

Certainly we can look back at our childhood environments, negative experiences that we have had and the stress they invoked, stress that could have contributed to our cancers. But rather than focusing on the negatives, why not focus on the positive aspects of those experiences and how we learned to cope with them successfully? In other words, what are the protective mechanisms we can develop?

In 1989 a developmental psychologist named Emmy Werner published the results of a thirty-two-year longitudinal project. She had followed a group of six hundred and ninety-eight children, in Kauai, Hawaii, from before birth through their third decade of life. Along the way, she’d monitored them for any exposure to stress: maternal stress in utero, poverty, problems in the family, and so on. Two-thirds of the children came from backgrounds that were, essentially, stable, successful, and happy; the other third qualified as “at risk.” Like Garmezy, she soon discovered that not all of the at-risk children reacted to stress in the same way.

The ones who transcended their negative experiences tended to be “meet the world on their own terms types,” to seek both new experiences and positive social orientation. To rephrase her findings, they tended to make lemonade out of lemons.

Another clinical psychologist George Bonanno studied resilience for twenty-five years. He says, “the good news is that positive construal can be taught” and “we can make ourselves more or less vulnerable by how we think about things.”   According to Wikipedia, “In social psychology, construals are how individuals perceive, comprehend, and interpret the world around them, particularly the behavior or action of others towards themselves.”

In addition, the neuroscientist Kevin Ochsner has shown that teaching people to think of stimuli in different ways—to reframe them in positive terms when the initial response is negative, or in a less emotional way when the initial response is emotionally “hot”—changes how they experience and react to the stimulus. You can train people to better regulate their emotions, and the training seems to have lasting effects. Resilience tends to focus much on their perception and construction of the event. To paraphrase his words, it is not what happens to you, but how you respond to it that really impacts the outcome the most!

So what does this have to do with cancer survivors? I see the connection by looking at my own reactions to an ovarian cancer diagnosis eight years ago. Initially, I was focused on, “why do I have cancer when no one in my family has ever had it?” I obsessively read everything I could to answer that question. I was focused on the past, on what had happened to me and the traumatic stress of the diagnosis controlled me until it finally sunk in that I really had IIIC ovarian cancer and nothing was going to change that.

Finally I refocused on what I could do about my situation.  I continued to research ovarian cancer and instead of dwelling on the cause, I looked for what factors I had in my control that I could use to combat it. At first, I couldn’t see much. But as I read, I began to realize some things were in my control like what I ate, how I behaved, how I thought, how I moved, the people I surrounded myself with, the doctors and health workers I chose, and the plans I made for dealing with a recurrence. I do wonder, however, if my determined attempt to survive would have held through recurrence after recurrence, or if I would have been so depressed I would have lost my resilience completely. Because I’ve not yet recurred I really can’t answer that. So I feel like a woman who has never had a baby coaching a woman in the delivery room on how to deliver!

As I read this article, I thought back to when I began writing about having cancer and how it changed me. I had to look back on my childhood, my young adulthood, my professional career and my retirement. As I reviewed my past and how I became the woman I was before cancer, I recognized I’d responded to each crisis in my life in a certain way; my father’s death, being told if I didn’t have children early I might not have any (I had two), going back to college as a married and pregnant freshman, returning to college to get a Ph.D when my second child was 2, failing to get an academic job despite having a Ph.d, getting tenure, and publishing articles.

Initially, depression immobilized me. However after a few days of feeling sorry for myself, I stood up and wrote a plan for accomplishing my goals and set to work. Cancer was just another, but awesomely larger, obstacle. I am now in remission. I am lucky, but also I have to work hard to stay as healthy as I can. I have already developed a plan for what I will do if, and when, I recur.

I started this adventure in 2008, pursuing the newest treatment available, Avastin. In 2010, I had my first profile done by The Clearity Foundation and their experts said Avastin was one of the drugs my tumor would respond to the best. It was the drug I had in 2009. My husband ad I already had a second home in Palm Desert, but we sold it and moved to San Diego County because precision medicine, my physician in Los Angeles, and The Clearity Foundation are all within a hundred miles of my home. We downsized in Denver two years after my diagnosis, so we could put money aside for any treatment in California. If I ever needed it, although I haven’t yet, I’m already working on teaching myself constructively so when I recur, I will stand up and face whatever needs to be dealt with.

I would love to hear from you about your experiences. Do you consider yourself naturally resilient? What obstacles in your life did or didn’t lead you to develop a pattern of resilience! Comment on this post!

To read more of Annette’s blog posts in The Clearity Portal, by clicking here.