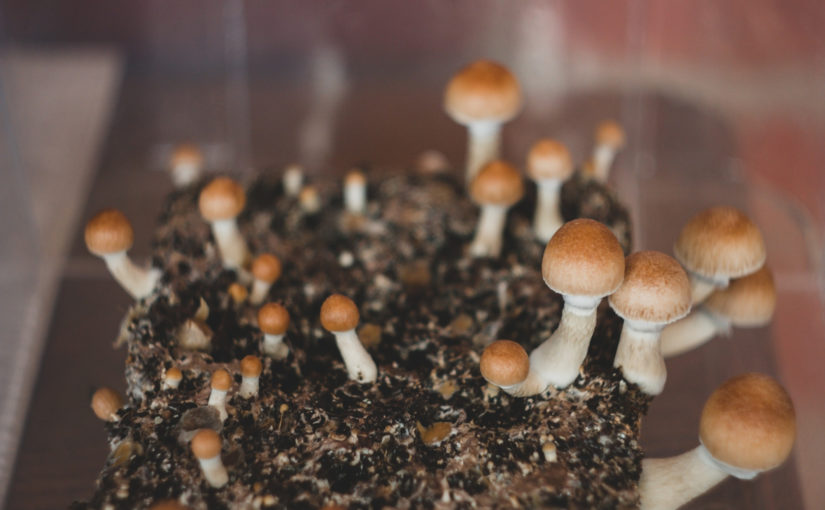 Taking a single dose of a psychedelic compound found in magic mushrooms can ease symptoms of anxiety and depression in cancer patients for years, according to a study.

Almost five years after taking the compound psilocybin while having therapy, between 60 to 80 percent of cancer patients taking part in the study experienced “clinically significant” drops in their levels of anxiety and depression.

In addition, participants “overwhelmingly”—between 70 to 100 percent—linked positive life changes to their psilocybin-assisted therapy, the authors wrote in their paper published in the Journal of Psychopharmacology. The team also found the participants felt less hopeless, demoralized, and were less afraid of dying after taking the drug, compared with those who took a placebo.

The volunteers rated the treatment as “among the most personally meaningful and spiritually significant experiences of their lives,” they said.

The 14 participants involved had taken part in an earlier study that found consuming psilocybin while having psychotherapy could combat depression and anxiety for up to six months.

That study, which took place in 2016, involved a total of 29 people, but 14 of them died before the second study was conducted, and one didn’t want to be involved in the follow-up.

In the latest research, participants discussed how the treatment had affected them. One said: “It has given me a different perspective on my life and has helped me to move on with my life and not focus on the possibility of cancer recurring. I try not to hold onto or stress unimportant things.”

Another said: “It’s hard to explain…something in me softened, and I realized that everyone is just trying (mostly) to do the best they can. Even me. And that matters, since we are all connected.”

Lead author of the new study, Gabby Agin-Liebes, a doctoral candidate at Palo Alto University, told Newsweek the results of the long-term follow up “suggest that in the context of a structured therapeutic treatment program, psilocybin holds considerable promise in generating lasting benefit from cancer-related psychiatric distress.”

Stephen Ross, an associate professor of psychiatry in the Department of Psychiatry at NYU Langone Health who lead the 2016 study, told Newsweek the project began in 2006. The team were inspired to explore the potential therapeutic effects of psilocybin after they became aware of research from the 1950s and 1960s involving terminal cancer patients taking LSD while having psychotherapy.

Ross said he was surprised that a single does “worked so rapidly and had such durable therapeutic effects.”

The study presents a new pharmacologic approach to treating psychiatric and existential distress in those with cancer, he said. Evidence cited by the authors suggests that rates of depression and anxiety among cancer patients in hospital settings is as high as 40 percent.

But Ross stressed: “Don’t try this at home! There are real risks to the use of psilocybin in people who could an adverse reaction (i.e. those with psychotic spectrum illnesses) and when used in recreational settings without appropriate safety oversight.”

Agin-Liebes said: “Psychedelic experiences are uniquely influenced by context in which they occur. The importance of context cannot be overemphasized.

“Psychedelics are different from other psychiatric medications in that their benefits seem to be very dependent upon the context in which they are ingested. In more traditional medications (e.g., antidepressants), the persistent presence of the drug in the body affects the biological process, which leads to psychological and behavioral effects independent of the contexts in which medication is taken.”

The authors acknowledged their work cannot prove that the long-term improvements are attributable to taking psilocybin while having therapy, as 71 percent of the participants entered remission and may have seen their worries subside because of that. But the team said they still believe the findings “have meaningful implications for the clinical management of cancer-related existential distress.”

The drug could have had mental health benefits, the researchers wrote, because it is thought to cause “rapid and enduring shifts” in how people think, including dislodging unhealthy patterns which are linked to problems like anxiety and depression.

This article has been updated with comment from Gabby Agin-Liebes.

This article was published by Newsweek.