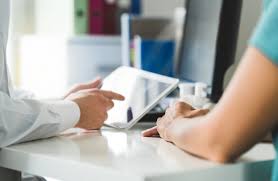 A gynecologic oncology expert from the University of California, Davis reviewed early-stage ovarian cancer and the importance of knowing what options are available before, during and after treatment.

Although patients diagnosed with early-stage ovarian cancer can have a good prognosis, it is important to undergo proper cancer staging, treatment and surveillance to lead to improved outcomes.

Early stages of ovarian cancer pertain to stage 1, which is confined to the ovary, and stage 2, where disease spreads to the pelvic tissue. Both occur in approximately 25% of patients, and advanced-stage disease (stages 3 and 4) are much more common.

“For the 25% or so of ovarian cancer patients who are lucky enough to be caught earlier, then I think it’s important to know how to handle these treatment decisions,” said Dr. Rebecca Brooks, associate professor, chief of gynecologic oncology and gynecologic oncology fellowship program director at University of California, Davis, during a recent presentation at the CURE® Educated Patient® Women’s Cancer Summit.

Ovarian cancer can arise from different parts of the ovary, with the most common originating from surface or epithelial cells, which typically occurs in older women. Less common types of ovarian cancer, which can also be found in early stages, include germ cell malignancies and sex cord stromal tumors. Regardless of where ovarian cancer originated from, it typically spreads by direct extension throughout the abdominal cavity.

“It’s important to think about that when we think about how we stage the disease and also how we treat it,” said Brooks during the presentation. “So typically, direct extension includes extension to the fallopian tubes, the surface of the uterus, the peritoneum (membrane lining the cavity of the abdomen), also we spread to the omentum (large, fatty structure hanging off the middle of the colon and over the intestines within the abdomen), the liver, diaphragm surfaces. We do also see spread to the lymph nodes in about 3% of patients, and hematogenous spread to the brain or liver are relatively less common.”

Surgical treatment of ovarian cancer can be categorized in one of two groups: confined to the ovary or already metastasized (spread to other areas of the body). If disease is confined to the ovary, surgical staging is performed, and the goal to remove the primary tumor site and to assess for spread of disease. Surgical staging involves obtaining washings (using a salt water solution to wash out an area, which is then removed to check for cancer cells) to ensure that there are no free-flowing cancer cells in the abdominal cavity and removal of gynecologic structures or at least the affected ovary, in addition to removal of the lymph nodes and omentum. Biopsies of the abdominal lining are also performed. If the disease has metastasized, the goal of surgery is then to debulk the tumor and remove all visible disease.

For some patients, fertility sparing surgery is an option, where the affected ovary and fallopian tube are removed, and the uterus and other ovary remain in the body.

“Fertility sparing surgery is very well accepted for germ cell tumors and for sex cord stromal tumors like the granulosa cell tumor,” said Brooks during the presentation. “There also is some data in early stage ovary-confined epithelial ovarian cancer, but a little bit less so. The risks are that we would potentially miss disease that’s in the other ovary already or that there could be an increased risk of recurrence in the other ovary. There’s not strong data to support this approach.”

Brooks added that fertility sparing surgery needs to be considered on a case-by-case basis and discussed with an oncologist before proceeding. Completion surgery, which involves removal of the other ovary and a hysterectomy, is recommended after childbearing.

“Most of the time, that’s microscopic disease that a CAT scan can’t pick up, so that’s why removing the lymph nodes is an important part of ovarian cancer staging,” said Brooks.

The two different ways of performing surgery for ovarian cancer include open surgery and minimally invasive surgery, both of which come with their own set of pros and cons.

“I’d say most patients wind up having open surgery because it’s easier to remove and just more practical to remove large masses intact,” said Brooks. “Removing an ovarian malignancy intact without rupturing it is important, if possible, because if we rupture the mass intraoperatively, it can upstage the cancer, lead to recommendations for chemotherapy and potentially affect prognosis. Sometimes this isn’t possible because a mass can be stuck to something around it, so even through open surgery, sometimes rupture occurs, but it’s much easier and more realistic to remove a large mass during open incision.”

Brooks added that open surgery also allows surgeons to easily remove more lymph nodes especially in the upper abdomen. Several negatives of open surgery include a longer recovery and a bigger incision that is usually vertical.

In contrast, the benefits of minimally invasive surgery include a smaller incision and a much faster recovery time.

“With a few small incisions, you can recover faster,” said Brooks. “It’s just a little bit harder to remove large masses intact.” She added that high lymph node dissection can be challenging with this surgical approach.

“It might not seem like a big number overall, an 8% difference, but that equates to about a 33% decreased risk of being dead from cancer at five years,” said Brooks.

The trial also found that 76% of patients assigned chemotherapy were cancer free at five years compared with 65% of those who did not receive chemotherapy, “relating to a 36% decreased risk of recurrence,” said Brooks.

Recommended adjuvant chemotherapy regimens include carboplatin and paclitaxel, which is administered for three to six cycles starting 21 to 35 days after surgery. Carboplatin and paclitaxel chemotherapy, which is administered every three weeks, do have some side effects. Carboplatin can lead to nausea and immune suppression, whereas paclitaxel can result in neuropathy, hair loss, bone pain and allergic reactions. Other drugs can be substituted if side effects become a major concern.

When deciding upon how much chemotherapy to administer, there is somewhat of a debate between three cycles and six cycles. The GOG 157 trial assessed 457 women with early-stage ovarian cancer who were assigned either three or six cycles of carboplatin and paclitaxel. Findings from this trial demonstrated that there was a trend towards a lower risk of survival in women who received six cycles of chemotherapy compared with three cycles (20% vs. 25%), although it was not statistically significant. Both groups had similar rates of survival at five years. A follow-up analysis of the GOG 157 trial found that patients with serious cancer did benefit from six cycles of chemotherapy compared with three cycles.

“I think many people recommend six cycles for serious histologies, and then for other kinds, it … deserves a discussion with your oncologist,” said Brooks.

After a patient is treated with chemotherapy, surveillance visits are conducted every three months up to two years, which then occurs every six months between two years and five years, and then annually after the five-year mark is surpassed. During these surveillance visits, patients undergo symptom assessment, an exam and a CA-125 (a test to measure a specific protein in blood) or other tumor marker assessments. Maintenance is rarely recommended for patients with early-stage ovarian cancer as it often has a good prognosis.

It is important for patients to know the symptoms of ovarian cancer including getting full quickly, bloating, gastrointestinal upset, pain and changes to bowel or bladder habits. Patients should follow up with their physician as scheduled, live a healthy lifestyle and maintain balance in their lives.

“I think this is something that patients really struggle with understandably so,” said Brooks. “You have a big surgery and go through chemotherapy, and I think the fear of recurrence is something that many patients struggle with. So, I think just trying to be centered in your health and knowing that for early-stage ovarian cancer, the prognosis is quite good. It’s something to always be aware of.”