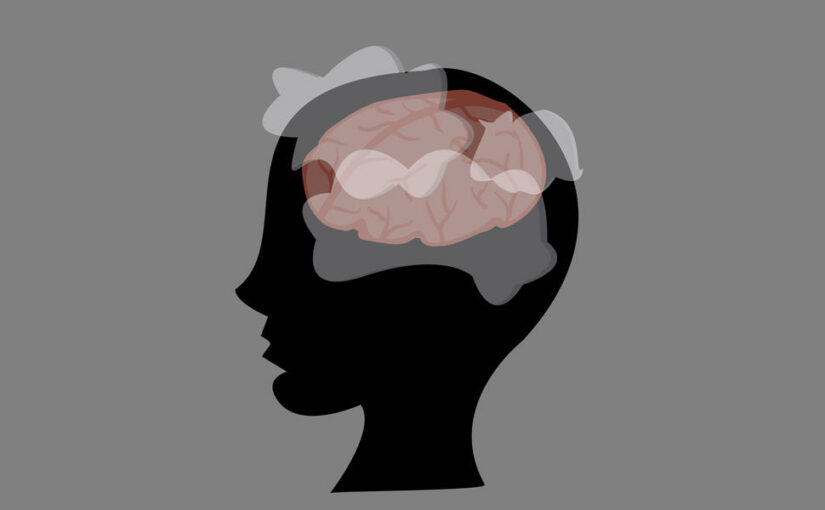 A side effect of some cancer treatments commonly referred to as “chemo brain” has received increasing attention from researchers in recent years. Often referred to as cancer-related cognitive impairment, chemo brain can be marked by severe memory problems, a lack of mental sharpness, and what many people who experience it describe as “mental fog.”

The chemotherapy drug cisplatin is commonly linked to chemo brain. In a new study, a research team identified what they believe may be a key biological change responsible for chemo brain in people treated with cisplatin.

Conducted largely in mice, the study showed that cisplatin treatment led to higher levels of a fat molecule called S1P in areas of the brain responsible for functions like memory and information processing. The increased S1P had several biological effects that are thought to trigger chemo brain, including altering mitochondrial activity in brain cells and promoting inflammation.

The study, led by Daniela Salvemini, Ph.D., and colleagues from the Saint Louis University School of Medicine, also found that treatments that target a brain receptor for S1P—and are already approved by the Food and Drug Administration (FDA) to treat multiple sclerosis—prevented chemo brain–like symptoms in mice treated with cisplatin.

Findings from the NCI-funded study were published September 1 in the Journal of Clinical Investigation.

“A significant number of patients who undergo cisplatin treatment are affected by persistent cognitive impairment—[there are] millions of individuals whose daily lives are really impacted,” said Dr. Salvemini. “So, if we can find something that can prevent it, it would really be groundbreaking.”

She said the team will next investigate whether these multiple sclerosis drugs could not just prevent chemo brain symptoms from developing, but also reverse symptoms of cognitive impairment once they have developed. They will also study whether treatment with other chemotherapy drugs associated with chemo brain cause similar changes in S1P levels in the brain.

Other experts said that while these findings are important, more research is needed to determine how to best assess cognitive issues caused by cancer treatments and how the work in mice can be translated to benefit people experiencing these problems.

Investigating the effects of chemotherapy on the brain

Cancer-related cognitive problems are estimated to affect more than half of cancer survivors. There are currently no FDA-approved medications to treat cognitive problems linked to cancer treatment, and research examining the molecular mechanisms responsible for them has been limited.

For many years, Dr. Salvemini’s research has studied chemotherapy-induced pain in the hands, feet, and other extremities, known as peripheral neuropathy.

Her team’s studies of rats showed that chemotherapy drugs alter levels of S1P, which transmits signals linked to important activities within the pain system. Their previous studies also linked pain with high levels of S1P in parts of the central nervous system. Dr. Salvemini and her team wondered if an increase in S1P might partly explain the cognitive issues often linked with chemotherapy.

In the new study, the researchers treated healthy mice with a cisplatin protocol similar to one that is used in humans. Two weeks after receiving the last dose, many of the mice struggled to complete a battery of behavioral tests for cognitive function (e.g., mazes), while mice given a placebo had no such problems.

The researchers then analyzed areas of the mouse brains that are important for cognition. As in their pain studies, the researchers found that levels of S1P had increased in these areas after cisplatin treatment, which caused other brain changes, including inflammation, that have been linked to cognitive impairment.

To exert its effects, S1P must lock onto a receptor protein on the surface of cells called S1PR1. Two different drugs that interfere with this process, ozanimod (Zeposia) and fingolimod (Gilenya), have been approved by FDA to treat multiple sclerosis.

When the researchers gave these drugs to mice before they were treated with cisplatin, “the story became even more interesting,” Dr. Salvemini said, “because we demonstrated that these already-FDA-approved drugs are very effective in preventing” cognitive problems in the mice.

In other experiments, the researchers showed that S1PR1 needed to be present in brain cells called astrocytes for the multiple sclerosis drugs to prevent cognitive impairment in mice.

More research needs to be done before these drugs could be used to prevent chemotherapy-related cognitive issues in people, Dr. Salvemini stressed. But the fact that they are already FDA approved means “the timeline is not like typical drug discovery that takes many years to get into clinical trials,” she said.

One potential concern about using these drugs in people with cancer is that they might make chemotherapy less effective. However, other studies in mice have suggested that these drugs don’t interfere with chemotherapy’s ability to shrink tumors. In fact, they may also shrink tumors themselves.

Going forward, the research team will look at whether the same biological changes they found with cisplatin in mice happens with other types of chemotherapy agents, such as taxanes. Dr. Salvemini said their goal will be to conduct additional research that could eventually lead to clinical trials.

These new findings “give interesting insight into the biology of how cisplatin is actually affecting the cells within the brain, as well as a potential therapeutic,” said Michelle Janelsins, Ph.D., M.P.H., who leads the Cancer Control and Psychoneuroimmunology Laboratory at the University of Rochester Medical Center and Wilmot Cancer Institute and was not involved in this study.

A good next step for this research, Dr. Janelsins agreed, is to study whether other chemotherapy agents cause changes in the brain similar to those caused by cisplatin. She also said that before they could be used in clinical trials, it will be important to investigate whether S1PR1-targeted drugs might trigger some of the heart-related effects of cisplatin and similar chemotherapy drugs.

This new study shows the damage cisplatin does and how the S1PR1-targeted drugs can potentially reduce that damage, said Lori Minasian, M.D., deputy director of NCI’s Division of Cancer Prevention.

But it’s unclear how well cognitive function assessments in mice mirror the cognitive decline in people that results from the cisplatin chemotherapy, Dr. Minasian continued.

“You have to be able to understand what aspect of cognitive function declined, and be able to appropriately assess it, and then make sure that what is assessed in animal models maps to humans,” she said.

In her recent research, Dr. Janelsins has studied cognitive changes over time in people who have received cancer treatment.

She led two nationwide studies conducted via the NCI Community Oncology Research Program, which found that cognitive function in people with breast cancer and lymphoma who were treated with chemotherapy tended to worsen more over time compared to a control group. Her team saw similar results when they did mouse studies with comparable cognitive tests.

Looking for potential solutions for a growing challenge

Finding ways to treat or prevent cognitive impairment after cancer treatment is a complex problem because many more factors are at play than just chemotherapy treatment, Dr. Minasian said. These factors include age and other health problems, as well as considerations like socioeconomic status and stress levels.

“Considerations for adults who may have a preexisting vulnerability to cognitive decline or preexisting cognitive impairment will become increasingly important when trying to make decisions about cancer treatment,” she said.

This is why Dr. Salvemini is excited to gain a better understanding about ways to address this complex issue.

“We want to look at not only if can we prevent cognitive impairment [in people with cancer], but if we can treat and improve it,” she said. “[The improvement] may not be 100%, but even if we can improve it by 20% or 30% that could have a major impact on somebody’s life.”

This article was published by National Cancer Institute.