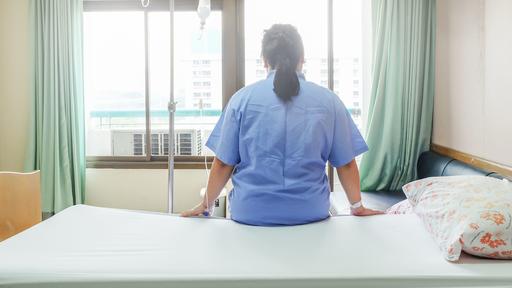 One patient had a complete response and the majority of patients achieved disease control at 12 weeks.

The results were announced by Sutro Biopharma, which is developing its candidate STRO-002; the FolRα targeting antibody-drug conjugate (ADC) uses non-natural amino acids to target FolRα, which is overexpressed in some cancers, including ovarian cancer.

The ongoing dose-escalation phase 1 study, STRO-002-GM1, is a single-arm monotherapy trial for patients with ovarian cancer not selected based on their FolRα-expression levels. The dose-escalation portion of the study was fully enrolled with 39 patients in August 2020. Patients were heavily pre-treated and had a median of 6 prior lines of therapy, platinum-based regimens, bevacizumab, poly-ADP-ribose polymerase inhibitors, and checkpoint inhibitors.

Results included those from 34 patients treated with clinically active dose levels, 2.9 mg/kg or higher, of which 31 patients had post-baseline scans and were evaluable for RECIST responses. At the data cutoff of October 30, 2020, median time on treatment was 19 weeks and 10 patients remained on treatment. Results out of 31 evaluable patients included:

The drug was well-tolerated; 86% of all treatment-emergent adverse events (AEs) were grade 1 or 2. The most common grade 3 and 4 AEs were reversible neutropenia. Grade 3 arthralgia (15.4%) and neuropathy (7.7%) were observed and managed with standard medical treatment.

“We are encouraged to see meaningful clinical benefit from STRO-002 for patients with advanced platinum-resistant and refractory ovarian cancer. The women on the study are heavily pretreated and have limited treatment options as many have received experimental agents and participated in other clinical trials,” said Lainie P. Martin, MD, who heads the Gynecology/Oncology Program at Hospital of the University of Pennsylvania and an investigator on the STRO-002 study. “The deepening of responses in patients as well as disease control over time demonstrates STRO-002 to be an important potential treatment option for patients with ovarian cancer.”

The company said that although a maximum tolerated dose was not reached, it plans to randomize dose levels of 4.3 and 5.2 mg/kg in the dose-expansion trial with less heavily pre-treated patients. The candidate is also being studied in endometrial cancer.

This article was published by AJMC.