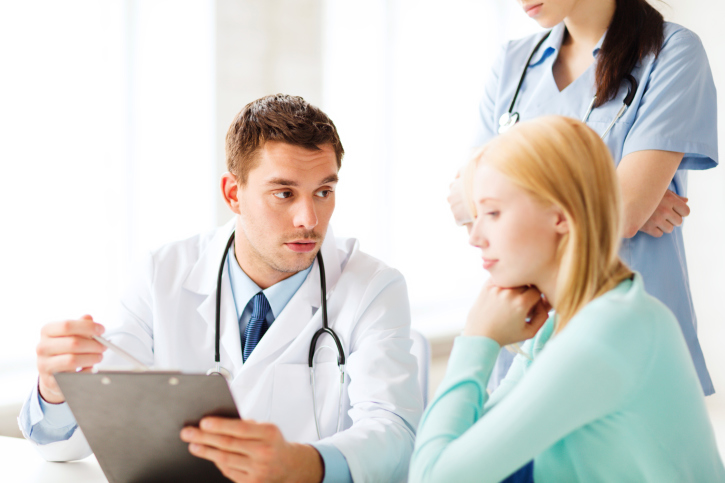 Results of an exploratory analysis showed longer quality-adjusted progression-free survival (QA-PFS) and quality-adjusted time without symptoms or toxicity (Q-TWiST) in women with recurrent ovarian cancer treated with maintenance use of the poly(ADP-ribose) polymerase (PARP) inhibitor, rucaparib, compared with placebo as in the ARIEL3 trial. These findings were reported in the Journal of Clinical Oncology.

The phase 3 ARIEL3 study (ClinicalTrials.gov Identifier: NCT01968213)[SM1] , in which women with recurrent high-grade serous or endometrioid epithelial ovarian, primary peritoneal, or fallopian tube cancer who had achieved a complete response or partial response to platinum-based therapy were randomly assigned in a 2:1 ratio to receive rucaparib or placebo as maintenance therapy. Patients were stratified according the presence of a deleterious BRCA1/2 mutation, a non-BRCA alteration associated with deficient homologous recombination (HR), and no BRCA1/2 mutation with no evidence HR deficiency.

Results of the ARIEL3 study have been previously reported and showed significantly longer median progression-free survival (PFS), the primary study endpoint, in the intent-to-treat (ITT) population of patients receiving rucaparib maintenance therapy compared with placebo. Furthermore, while the most pronounced benefit was observed in those with a deleterious BRCA1/2 mutation, significant PFS advantages of rucaparib maintenance therapy were also observed in subgroups of patients with BRCA wild-type genes with or without evidence of HR deficiency.

Nevertheless, because most women diagnosed with ovarian cancer will experience disease relapse necessitating the administration of additional treatments that may be associated with significant toxicity, patient-reported outcome measures, in addition to assessments of PFS and overall survival, are particularly important endpoints of studies evaluating new treatments in this setting. In this context, safety assessments of patients enrolled in the ARIEL3 trial showed that while rucaparib was well tolerated, the frequency of grade 3 or higher treatment-emergent adverse events (TEAEs) was approximately 3.7-fold higher in the rucaparib compared with the placebo arm.

The focus of this post-hoc analysis of data from the ARIEL3 study was on patient-centered outcome assessments derived from the EQ-4D-3L questionnaire, which was completed on day 1 of each 4-week treatment cycle, at treatment discontinuation, and at a follow-up visit.

Two measures that incorporate assessments of both quality and quantity of life — the QA-PFS and the quality-adjusted time without symptoms or toxicity (Q-TWiST) — were determined for each patient.

Specifically, QA-PFS represents an adjustment to PFS that incorporates patient-reported toxicity and other detrimental effects of treatment, and was determined by multiplying the PFS function and the EQ-5D-3L index score function.

TWiST was determined by subtracting the mean time with grade 3 or higher TEAEs from the mean PFS, with Q-TWiST weighted according to patient-reported assessments of quality of life (QoL).

A comparison of the 2 treatment groups in the ITT population showed that QA-PFS was more than 2-fold higher for those receiving rucaparib compared with placebo. This significant difference was more pronounced in the subgroup with a BRCA1/2 alteration, where QA-PFS was 2.4-fold higher for those receiving rucaparib vs placebo, although a similar comparison showed a 1.6-fold difference for the subgroup without a deleterious BRCA1/2 alteration or evidence of an HR deficiency. Similar benefits of rucaparib over placebo were also reflected in the Q-TWiST endpoint.

“The Q-TWiST results also indicate that rucaparib maintenance treatment extended the time in which patients had good health status or QoL without cancer-related symptoms, which is a key objective for patients,” the study authors noted.

In their concluding remarks, the study authors noted that “by evaluating quality-adjusted survival, which incorporates assessments of quality and quantity of life, we demonstrated that rucaparib maintenance treatment provided significant benefit despite the impact of toxicities on patients’ health status during rucaparib treatment and that patients receiving rucaparib had longer periods without clinically relevant symptoms.”