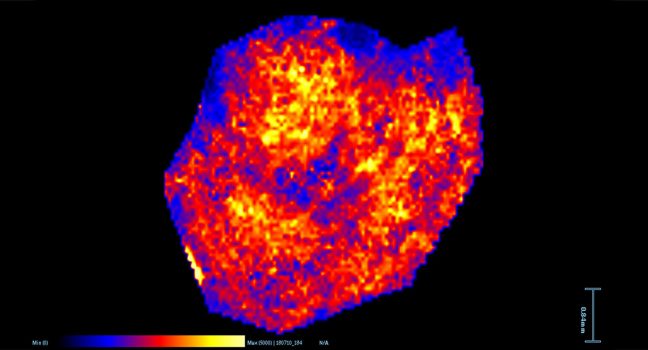 Advanced ovarian cancer most commonly metastasizes to the omentum, a layer of fatty tissue that wraps around and protects internal organs in the abdomen, but the reasons for this have not been well-understood. In a new study, MD Anderson researchers discovered that a protein called omentin, or ITLN1, works to prevent metastasis of the cancer cells, but it is lost as the cancer develops.

Their preclinical findings, published in Nature Communications, also suggest that this secreted protein could be useful as a diagnostic or early detection tool as well as a potential therapeutic agent.

“We were interested in studying why ovarian cancer cells usually metastasize to the omentum, thinking that a secretory protein may be involved in signaling between the omentum and cancer cells,” says lead author Chi-Lam Au-Yeung, Ph.D., instructor of Gynecologic Oncology and Reproductive Medicine.

Comparing samples of omentum from patients with ovarian cancer relative to those with benign gynecological conditions, the researchers discovered that omentin was the most highly suppressed secretory protein in those with cancer.

“After finding that omentin is downregulated in patients with ovarian cancer,” says Au-Yeung, “we performed functional assays to learn about the effects of omentin and discovered that it suppresses ovarian cancer cell motility and also progression.”

The team clarified that omentin is produced by a certain type of cell, called mesothelial cells, found in the omentum tissue. However, inflammatory signals produced by ovarian cancer cells lead to a loss of omentin expression, which in turn enables the cancer cells to thrive and become invasive.

In the laboratory, cancer cells treated with omentin were less mobile, meaning they were less able to metastasize. The researchers discovered this occurred by omentin binding another protein, which prevented the activation of a signaling pathway that enables cell motility.

Omentin also plays an important role in controlling the growth of ovarian cancer cells, according to the findings. Circulating omentin in the abdomen stimulates increased glucose absorption by fat cells, or adipocytes, in the omentum, leading to lower levels of available glucose in the environment surrounding the cancer. Most cancer cells rely on glucose to fuel their growth, so the decrease in available glucose caused by omentin worked to suppress ovarian cancer progression.

“These findings have some important translational implications for us. First, this presents an opportunity to develop omentin as a novel therapeutic agent to treat advanced ovarian cancer,” says senior author Samuel Mok, Ph.D., professor of Gynecologic Oncology and Reproductive Medicine. “Also, omentin may potentially be used as a diagnostic biomarker for early cancer detection, either alone or in combination with CA125.”

Further, omentin had a strong inverse correlation with CA125, a protein now used as a biomarker for detecting ovarian cancer. The combination of increased CA125 levels together with decreased omentin levels resulted in a more sensitive and specific test for ovarian cancer than either marker alone in this analysis.

Preclinical data provides promise for omentin’s use as therapeutic agent

As a potential therapeutic agent, the researchers were encouraged by preclinical data. Knowing that omentin suppressed cancer cell growth and motility in the laboratory, they studied the effects of omentin treatment in mouse models of ovarian cancer. The treatment, consisting of purified omentin protein, suppressed the growth and metastasis of ovarian cancer in the mice, just as it did in cell lines.

Before moving forward as either a diagnostic or therapeutic option, the researchers explain that additional validation studies must be completed in order to clarify how omentin might be most useful. They are continuing that work now.

This article was published by MD Anderson Cancer Center.