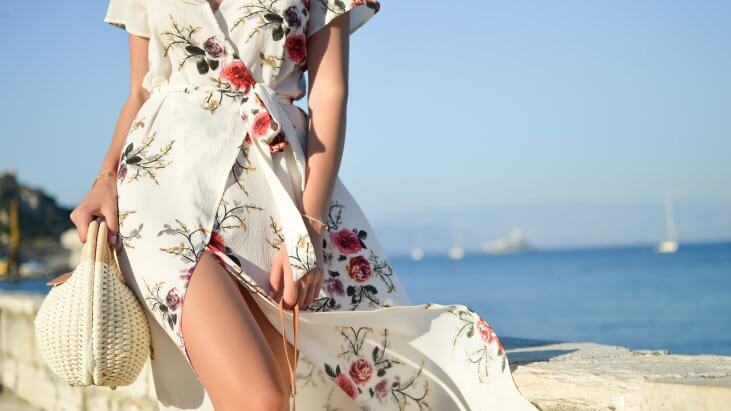 The study found that younger women (under 50) with ovarian cancer had lower levels of “good bacteria” in their vaginas than women who were cancer-free. But the experts said we shouldn’t draw any conclusions about cancer risk quite yet.

Have you ever had a urinary tract infection (UTI) or some other issue of the gynecologic variety? The majority of women (about 60 percent) experience these issues at some point. And as it turns out, many of them are linked to levels of so-called “good bacteria” in the vagina.

Now, a new study published in Lancet Oncology suggests that good bacteria in the vagina could play a role in ovarian cancer, too.

The Role of “Good Bacteria”

Not all bacteria is bad news. It sounds counterintuitive, but it’s actually healthy to maintain “good bacteria” in certain areas of your body, including your vagina. It can help fight off infections (such as those painful UTIs) and discomfort.

The researchers defined “low levels” as the good bacteria making up less than 50 percent of the “cervicovaginal microbiota”—that is, the vagina’s bacterial environment).

Does This Mean Good Vaginal Bacteria Can Help Prevent Ovarian Cancer? Experts Say Not Quite Yet.

We had this question, too, after reading the results of the study, so we put it to five leading experts in ovarian cancer. Most of them told us it’s too early to say for sure.

“I think it’s premature to factor the microbiome into risk scores,” Dr. Michael Birrer, a professor of medicine at the University of Alabama Birmingham O’Neal Comprehensive Cancer Center, said, adding that the study needs to be repeated again (by other researchers) to confirm the results. (The “microbiome” is the medical word for the collection of all the bacteria and viruses in a given area—in this case, the vagina.)

Dr. Bobbie Rimel, an OB/GYN and oncologist at the Cedars-Sinai Medical Center, also said it’s too early to conclude anything other than an association.

“This study represents a very exciting peek into what might be going on in the microbiome [in groups with and without ovarian cancer],” she said. “But from a clinical standpoint, we simply don’t know what this really means yet.”

The study results don’t address a sort of “chicken-and-egg” type question with the bacteria levels and ovarian cancer: which comes first?

“Could the presence of the BRCA mutation or ovarian cancer produce lower levels of ‘good’ bacteria rather than the other way around?” Dr. Birrer asked hypothetically. We just don’t have enough information at this point to know if one caused the other—and if so, which.

“These findings do not imply any causation and may simply reflect associations that are unrelated to developing ovarian cancer,” Dr. Douglas Levine, a gynecologic oncologist at NYU Langone Health, added, pointing out that “there are many reasons that the vaginal bacterial flora can change and this is as likely to be a consequence of having cancer as it could be a cause.”

These are the types of questions the researchers hope to address in future studies. But even though we don’t have the answers yet, the experts who spoke with SurvivorNet still said this early study is exciting in that it’s a first step in understanding the role of the microbiome in ovarian cancer.

“This is a very interesting and thought-provoking study, Dr. Oliver Dorigo, Director of Gynecologic Oncology at Stanford University Medical Center, said. “The identification of these signals [the good bacteria] could lead to new strategies to prevent, diagnose, or treat ovarian cancer.”

Because we don’t yet have the information about whether the low levels of good bacteria contributed to or helped cause ovarian cancer (or vice versa), the experts were careful to point out that women shouldn’t start trying to raise good bacteria levels to reduce ovarian cancer risk in the wake of this study.

“Transplantation of ‘good’ bacteria is an interesting concept, but there needs to be much more research,” Dr. Birrer said, echoing the words of Dr. Dana Chase, a gynecologic oncologist at Arizona Oncology, who told us that “Currently there are no therapeutic interventions thus far aimed at altering the microbiome.”

Because of all of this, Dr. Levine reassured us, “there is no reason for women to be concerned about vaginal bacterial levels or try to do anything to change them based on results from this study.”

Keeping Your Microbiome Healthy Is A Good Idea Generally

Even though more research is needed to confirm and understand any cancer risk associated with vaginal bacteria, we do know that maintaining the good bacteria is healthy generally, and that consuming foods that contain natural probiotics can keep the balance in check.

“Things that have healthy good bacteria in them can add to your microbiome,” Krista Maruschak, a registered dietitian at the Cleveland Clinic Cancer Center, told SurvivorNetin a previous conversation about the gut microbiome (which may have ties to the vaginal microbiome). “Things like yogurt, kefir, sauerkraut, kombucha—any sort of fermented food can help to increase that good bacteria in your gut.”

(Plus, Dr. Zuri Murrell, a colorectal surgeon at the Cedars-Sinai Medical Center also told us that probiotics can help keep you regular—an added plus.)