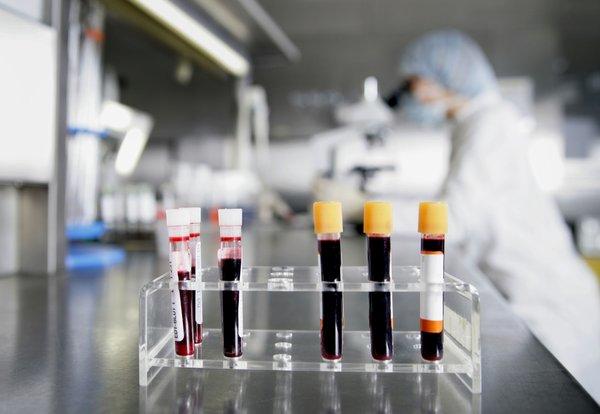 The search for validated, actionable biomarkers may be more important than initiating more phase 3 trials in the field of ovarian cancer, according to Maurie Markman, M.D.

“In the ovarian cancer arena, we have 30 years of history of doing phase 3 randomized trials in the cytotoxic space with drugs that have response rates of somewhere between 10 percent and 20 percent, and the history is known—they’ve been negative trials,” said Markman. “It’s just not enough biological/clinical activity. So I would strongly urge investigators in this space, and biopharmaceutical companies in this space, to spend the effort now to find validated reasonable biomarkers which, quite frankly, may lead to accelerated approval of these drugs, because of very high response rates in those selected populations.”

The influx of new drugs into the treatment paradigm of ovarian cancer is undoubtedly exciting, but Markman is keen to exercise caution when administering these novel agents to patients, as combination therapies can potentially lead to more serious immune effects for patients.

In an interview with CURE, Maurie Markman, president of Medicine and Science, Cancer Treatment Centers of America, discussed his presentation from the recent 2016 Chemotherapy Foundation Symposium (CFS), and comments on both recent advances and remaining challenges in the treatment of ovarian cancer.

Can you provide us with an overview of your talk at the CFS?

The topic that I discussed is immune targeting of ovarian cancer. It’s a very interesting, and very provocative, and to date, a quite challenging area. There’s really quite sound scientific reason to believe that immune targeting of ovarian cancer makes sense. There are a tremendous number of preclinical data points looking at infiltration of various lymphocyte subtypes into ovarian cancer. There are cells that suggest that there is both an immuno-augmentative effect and also an immuno-suppressive effect. The idea that one could somehow modify that with a variety of manipulations —whether it’s vaccines, or immuno-stimulation, or today, the most exciting areas in checkpoint inhibitors — it makes a lot of sense.

However, trials to date have, quite frankly, been disappointing. Vaccine approaches have not been shown to have an impact in the illness. Although one can definitely show an immune response, and measure an immune response, a therapeutic effect has not been seen. And in the area of checkpoint inhibitors, there’s a lot of interest. There are several drugs that have been reported either in the peer-reviewed literature, or mostly still in abstract form, that have shown that there are actually some short-term responses. But the percentage of patients that exhibit true objective responses — a major shrinkage or disappearance of the tumor, on the basis of imaging — that percentage is low, somewhere between 10 percent and 15 percent, maximum 20 percent. This is the same story that we see with multiple cytotoxics that have been examined over the last two or three decades.

So where we go from here is uncertain. There’s interest in a variety of approaches, one of them being, of course, combination therapies.

But in my mind, the giant in the room — I’ll use that term because it’s so critical — is coming up with validated, clinically reasonable, actionable biomarkers. Clearly, there’s a signal here. And again, each of these studies has shown patients who have had major responses. And when I say major responses, I’m talking about not just shrinkage of tumors, but no evidence of progression of disease for a year, 18 months, even two years. So, how do we find out who those patients are? Is it the presence of particular neoantigens? There’s a lot of interest in mutational tumor burden, and perhaps that will be what we look for to find the patients whose cancers may respond, but today, we simply don’t know. Clearly, this is an area that needs more research. I’m very excited about it, but we’re just at a sort of watch-and-wait stage in the management of ovarian cancer as it relates to immune targeting.

In terms of molecular research in this area, are researchers investigating whether BRCA-positive patients may respond better to these therapies?

People are looking at questions, such as the question of the number of mutation burden, looking at subsets such as BRCA-positive patients. Or one might be potentially looking at combinations of therapies, for example, an antiangiogenic agent with a checkpoint inhibitor, or a PARP inhibitor with a checkpoint inhibitor. All of those ideas are out there, and I suspect they are being explored both preclinically in ovarian cancer models and clinically, probably in the phase 1 to make sure about toxicities.

And toxicities are a concern. We’ve had recent reports, for example, in The New England Journal of Medicine, of very serious cardiac effects. They’re small numbers of patients, but very serious immune effects, when one looks at combinations of immunotherapeutic approaches. One needs to be cautious when we’re talking about manipulating the immune system, because we’re also manipulating the immune system of the normal host.

So, is there a difference between the agents? There doesn’t appear to be so far. How do we find the patients who will respond? And then, of course, what about combination therapies?

Combination therapies are even more complicated, because a combination therapy could mean giving the drugs together, it could mean giving them in sequence, and if they’re in sequence, then what first? What second? What about maintenance approaches? These are all open questions. One of the problems (which is also very good news, actually) is that there are not a lot of patients with ovarian cancer compared with, say, metastatic lung cancer. So that’s good, but from the clinical trials perspective, it makes it more complicated, because we’re looking at a more limited population, but it doesn’t mean we don’t have the same questions, because we do have questions about biomarkers and combination therapies, etc. They’re the same questions, but we have a smaller population of patients, which of course, is why it’s very important to come up with great trials. And when I say great trials, I mean trials that patients would want to participate in, trials that will answer questions and answer them quickly.

What do you hope to see accomplished in this space in a year from now?

I hope we actually will have some reasonable biomarkers a year from now. I am very aware that certain groups and companies have initiated, or are going to initiate, phase 3 trials. I personally feel that that’s a mistake. I don’t think we have enough information. In the ovarian cancer arena, we have 30 years of history of doing phase 3 randomized trials in the cytotoxic space with drugs that have response rates of somewhere between 10 percent and 20 percent, and the history is known—they’ve been negative trials. It’s just not enough biological/clinical activity.

To read this entire article on The Clearity Portal, please click here.