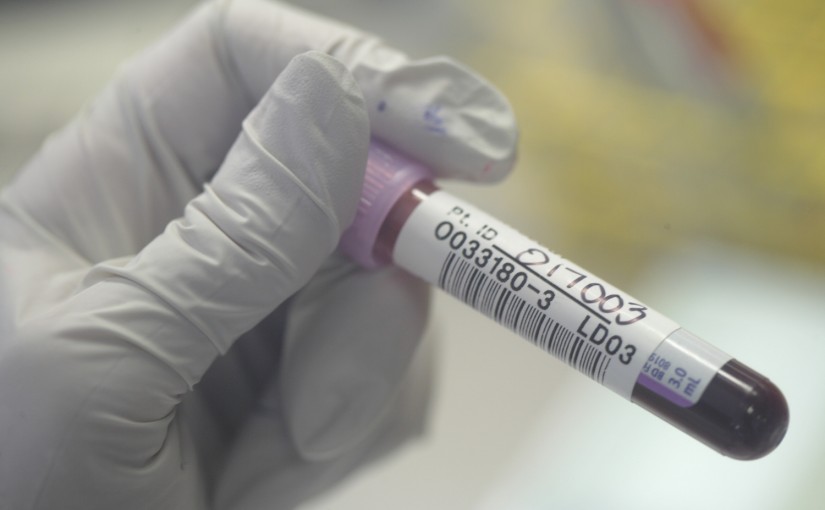 Many of you have already read Dr. Maurie Markman’s article “In Ovarian Cancer Advancements, Finding New Biomarkers is Key” posted in the Clearity blog. It provoked me as an ovarian cancer survivor and non-medical professional to learn more about biomarkers.

The National Cancer Institute (NCI) defines a biomarker as a, “biological molecule found in blood, other body fluids, or tissues that is a sign of a normal or abnormal process, or of a condition or disease. A biomarker may be used to see how well the body responds to a treatment for a disease or condition. Also called molecular marker and signature molecule.”

Many ovarian cancer survivors are well acquainted with common ovarian cancer detection or diagnostic marker CA 125. According to Wikipedia, “CA 125 (cancer antigen 125, carcinoma antigen 125, or carbohydrate antigen 125) is a protein in humans that is encoded by the MUC16 gene. MUC16 is a member of the mucin family glycoproteins. CA 125 has found application as a tumor marker or biomarker that may be elevated in the blood of some patients with specific types of cancers, or other conditions that are benign.”

We also know that laboratories may use slightly different values, but usually CA 125 measurements between 0-35 are considered normal. Prior to diagnosis, some survivors may have CA 125 measurements as high as 12,000 or as low as normal even when ovarian cancer is present.

According to the American Association of Cancer Research (AACR), “For gynecologic cancers, only a small handful of tumor-associated antigens, such as SCC [ Squamous Cell Carcinoma] and CA-125, have been routinely used as tumor markers. Some markers are useful not only as a diagnostic tool but also as a predictive marker for the prognosis and clinical course after treatment. Some newer serum markers being recently investigated seem to be clinically useful, such as HE4 for endometrial and ovarian.”

In the article, Markman speaks about a need not just for diagnostic biomarkers, but for clinical biomarkers to guide treatment. The AACR says, “The future of tumor marker research is being rapidly expanded because of the recent technologic advances in genomics and proteomics. While a large amount of information has been gained about the roles and possible therapeutic use of miRNAs in ovarian carcinoma, much remains to be done. In particular, more thorough miR expression profiling will be necessary to understand the intricacies of their expression in ovarian carcinoma of various grades, stages, or drug resistance status. The next step, the identification of relevant therapeutic miRNA targets, will likely be a tedious task, complicated by the fact that miRs can have multiple functional targets and that these targets may be dependent on several factors, including the expression of other miRs.”

In an NCBI abstract, “Biomarkers For Systemic Therapy In Ovarian Cancer,” authors Penzvalto Z, Surowiak and others write, “Epithelial ovarian cancer is the most deadly tumor of the female reproductive system. Despite improvements in understanding the biology of EOC, therapeutic strategies still depend on surgery and combination of taxane and platinum agents. Here, we provide a summary of clinically tested biomarkers potentially useful to predict drug response. Resistance against platinum derivatives can result from lower drug concentrations, alterations in the target molecule and changes in the cellular signal transduction pathways. Taxane resistance can develop due to decreased intracellular drug concentration, alterations in microtubuli structure and changes in the cellular response including ERBB2 (epidermal growth factor receptor 2). A few key genes have been suggested as biomarkers for hormonal therapy. Currently, the only targeted therapy agent approved for ovarian cancer is the VEGF (vascular endothelial growth factor) inhibitor bevacizumab. Response to bevacizumab is correlated with VEGF-A levels and hypertension. The primary problems in identifying reliable biomarkers for EOC are the usage of different clinical endpoints, multivariate analysis for a panel of clinical parameters and the lack of published comprehensive clinical information of patients enrolled in these studies. The future lies in adding targeted agents to the taxane/platinum gold standard and in a more detailed stratification of patients into sub-cohorts enabling a more effective therapy. In conclusion, a large-scale coordinated effort is needed for the robust validation of the numerous biomarker candidates available in EOC therapy.”

My non-medical professional conclusion is, despite years of clinical trials studying the effects of various drugs on different ovarian cancer tumors, much more research is needed. Randomly matching patients with drugs without a biomarker doesn’t always work effectively. However, using personal profiles of survivors’ tumors and blood samples could. Hence, in the future, ovarian cancer researchers could gain much by focusing on identifying and validating such biomarkers.

To use Maurie Markman’s words, “But in my mind, the giant in the room — I’ll use that term because it’s so critical — is coming up with validated, clinically reasonable, actionable biomarkers. Clearly, there’s a signal here. And again, each of these studies has shown patients who have had major responses. And when I say major responses, I’m talking about not just shrinkage of tumors, but no evidence of progression of disease for a year, 18 months, even two years. So, how do we find out who those patients are? Is it the presence of particular neoantigens? There’s a lot of interest in mutational tumor burden, and perhaps that will be what we look for to find the patients whose cancers may respond, but today, we simply don’t know. Clearly, this is an area that needs more research. I’m very excited about it, but we’re just at a sort of watch-and-wait stage in the management of ovarian cancer as it relates to immune targeting.”

The Ovarian Cancer Research Fund also reports on the exciting new research of the 2014 Liz Tilberis Early Career Award Recipient — Barbara Stulken Norquist, MD in “Molecular Biomarkers to Predict PARP Inhibitor Response in Ovarian Cancer.”  They summarize her project: “We seek to measure multiple biomarkers in both blood and tumors in order to predict response to PARP inhibitors. We will do this by assessing blood and tumor samples from women enrolled in a clinical trial of the PARP inhibitor rucaparib for recurrent ovarian cancer. We will use advanced genomic sequencing to test blood and tumors for mutations in a panel of 56 DNA-repair genes, along with other changes that might predict defective DNA repair. We will then look at those findings to see which features were most predictive of responding to the PARP inhibitor on the clinical trial. We hope to use these data to develop clinically useful tests to predict which women with ovarian cancer will have the best chance of responding to a PARP inhibitor, to allow the most rational and cost effective use of this promising therapy.” https://ocrfa.org/project/molecular-biomarkers-predict-parp-inhibitor-response-ovarian-cancer/

After satisfying my own need to understand the current research in both diagnostic and clinically useful biomarkers, I feel much encouraged about the future of ovarian cancer diagnosis and treatment. Many questions and challenges remain, but knowing researchers are making progress excites me!

The Clearity Foundation is very much in the forefront of the progress being made.

To read more of Annette’s posts in The Clearity Portal, please click here to login.