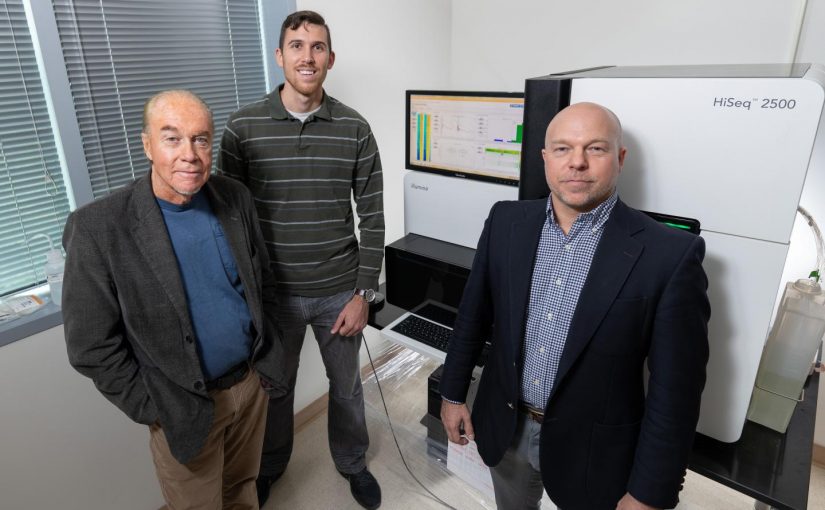 The open-source support vector machine (SVM)-based algorithm predicted the chemotherapy drug that provided the best outcome with greater than 80% accuracy, according to a study by the researchers that was based on RNA analysis data from 152 patient records downloaded from the database of The Cancer Genome Atlas.

Researchers were able to predict the response of individual patients treated with either gemcitabine or 5-fluorouracil (5-FU) with >81% accuracy. The response of individual ovarian cancer patients to eight drugs often used in the treatment of ovarian cancer—carboplatin, cisplatin, paclitaxel, docetaxel, gemcitabine, doxorubicin, gefitinib, and topotecan—was predicted with an overall accuracy of 82.6% and a positive predictive value (PPV) of 85%, based on microarray gene expression profiles of each patient’s tumor.

“The high PPV of our algorithms across multiple drugs suggests a potential clinical utility of our approach to identify promising second-line treatments for patients failing standard-of-care first-line therapies,” the authors concluded.

They added that while their models have focused  so far on the predicted response of cancer patients to current standard-of-care drug therapies for which sufficient datasets are available, “the approach is equally as well applicable to emerging immuno- and other targeted gene therapies where patient responses are also known to be variable and likely dependent upon the personalized genomic makeup of individual tumors.”

The accuracy range reported by the research team mirrors the greater than 80% accuracy shown by the open access SVM-based algorithms in predicting the collective response of 273 ovarian cancer patients to seven commonly-prescribed chemotherapeutic drugs in a study published last year in PLoS ONE.

The researchers said their system’s accuracy could further improve with inclusion of additional patient records, along with information such as family history and demographics.

“By looking at RNA expression in tumors, we believe we can predict with high accuracy which patients are likely to respond to a particular drug,” said the study’s corresponding author, John McDonald, Ph.D., a professor in the Georgia Tech School of Biological Sciences and director of its Integrated Cancer Research Center. “This information could be used, along with other factors, to support the decisions clinicians must make regarding chemotherapy treatment.”

In developing the system, researchers obtained records of RNA from tumors, along with the outcome of treatment with specific drugs. The investigators first used data from 114 records to “train” or develop the system, then used the remaining 38 records to test the system’s ability to predict which chemotherapy drugs would have been the most likely to be useful in shrinking tumors, based on the RNA sequence.

Of the 152 patients, 92 had been treated with gemcitabine, the other 60 with 5-FU. Research began with ovarian cancer, then was expanded to include data from other cancers that use the same chemotherapy drugs, and for which the RNA data was available—namely lung, breast, liver and pancreatic cancers.

The system produces a chart comparing the likelihood that each drug will have an effect on a patient’s specific cancer. If the system were to be used in a clinical setting, Dr. McDonald said, doctors would likely use the predictions along with other critical patient information.

The system is being made available through Github as open source software, allowing experts across multiple fields to review the software, identify faults, and recommend improvements, added Fredrik Vannberg, D.Phil., an assistant professor in the Georgia Tech School of Biological Sciences.

Dr. Vannberg said envisions using the decision-support tool to create “virtual tumor boards” that would bring together broad expertise to examine RNA data from patients worldwide: “We could have a consensus of dozens of the smartest people in oncology and make them available for each patient’s unique situation.”

Support for the project came from the Ovarian Cancer Institute, and equipment used was provided by the Georgia Research Alliance. In addition, the National Institutes of Health supported a graduate fellowship.

This article was published by Clinical OMICs.