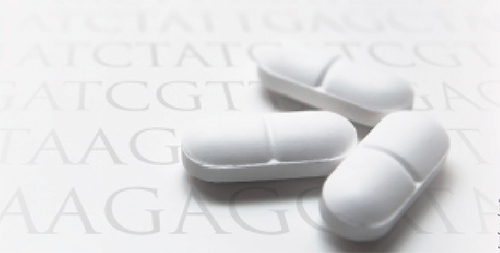 The research team, based at the Dana-Farber Cancer Institute, showed the drug was effective even in tumors that were resistant to PARP inhibitors (PARPi), which have become a prime therapy for cancers with DNA-repair glitches. The new findings have spurred investigators to open a clinical trial of novobiocin for patients with tumors that carry relevant genetic abnormalities.

“We’re looking forward to testing novobiocin, alone and in combination with other agents, in patients whose tumors have molecular characteristics indicating a likely response to the drug,” said Alan D’Andrea, MD, director of the Susan F. Smith Center for Women’s Cancers and the Center for DNA Damage and Repair at Dana-Farber. D’Andrea is co-senior author of the team’s study, which is published in Nature Cancer.

Defects in BRCA1 and BRCA2 genes can damage cells’ ability to effect DNA repair through a mechanism known as homologous recombination (HR). So while deficiency of HR-mediated DNA repair plays a role in the initiation and progression of many types of tumor, the authors wrote, it in addition opens up potential avenues for therapy. “HR deficiency also provides unique opportunities for targeted therapy, as exemplified by the extreme sensitivity of BRCA1/2-mutated tumors to PARPi,” they continued. But, although tumors may initially respond to PARPi therapy, resistance to treatment is emerging as a key obstacle to clinical effectiveness of such drugs in patients with HR-deficient tumors. “While several mechanisms of PARPi resistance have been described, an effective method for overcoming such resistance is still lacking,” the team stated.

“PARP inhibitors represent an important advance in the treatment of cancers with defects in BRCA1, BRCA2, or other genes involved in DNA repair,” D’Andrea further explained. “By allowing tumor cells to accumulate additional genetic damage, they essentially incapacitate the cells and cause them to die. They are effective for many patients, but the cancer eventually becomes resistant and begins growing again. Drugs capable of overcoming that resistance are urgently needed.”

BRCA mutations—whether inherited or acquired—are found in a sizeable percentage of breast, ovarian, prostate, and pancreatic cancers. The discovery that novobiocin is effective against PARP inhibitor-resistant tumors stems from the convergence of two strands of research on a key enzyme in tumor cells. In a study published in 2015, D’Andrea and colleagues found that tumors with poorly functioning BRCA1 and BRCA2 genes were overdependent for their growth and survival on an enzyme known as POLθ, or POLQ.

“POLθ recently emerged as a new promising drug target for the treatment of HR-deficient tumors,” the team explained in the new Nature Cancer paper. “POLθ expression is particularly high in subtypes of breast and ovarian tumors with defects in HR, where it mediates backup DNA double-strand break (DSB) repair, compensating for the loss of HR,” they stated. As a result, POLθ is synthetic lethal with HR, and POLθ inhibition in HR-deficient tumors induces cell death. Research has also shown that depleting POLθ acts synergistically with PARPi in killing HR-deficient tumors.

For the reported study, the team screened thousands of molecules—some new, some used in approved drugs—in BRCA-deficient tumors to see whether any had an effect on tumor growth. The screenings were conducted in laboratory cell lines, and in organoids—three dimensional cultures of tumor tissue—and in animal models.

Of the multitude of molecules and drugs tested, novobiocin stood out for its ability to kill tumor cells while leaving normal cells unharmed. The studies showed that novobiocin binds directly to the ATPas domain of POLθ, inhibiting ATPas activity, and this has the same effects as POLθ depletion.

Studies confirmed that novobiocin strongly suppressed the growth of BRCA1-deficient tumors in mice, and also induced cell death in HR-deficient tumor cells grown in the lab. “Strikingly,” the investigators commented, a combination of novobiocin and the PARPi olaparib led to complete tumor regression in a patient-derived xenograft mouse model (PDX) bearing tumors generated from an HR-deficient human high-grade serous ovarian carcinoma. And while novobiocin therapy alone also led to some tumor regression, olaparib monotherapy had little effect on inhibiting tumor growth. “Novobiocin may be useful in combination with PARPi to achieve better efficacy and prevent drug resistance in HR-deficient tumors,” the scientists stated. “No significant toxicity to normal mouse tissue was observed from the drug combination.”

Novobiocin monotherapy “substantially reduced tumor growth”, in mice carrying tumors derived from a patient with germline BRCA1 mutations and acquired PARPi resistance. In contrast, Olaparib was also found to be ineffective, indicating a lack of cross-resistance between PARP inhibition and novobiocin. And, importantly, the authors continued, the combination of novobiocin and olaparib further inhibited tumor growth, with tumor regression in the first two weeks. “These data demonstrate that novobiocin can inhibit the growth of BRCA1-mutated, PARPi-resistant tumors in vivo and that the combination of novobiocin and a PARPi is particularly effective in treating at least some PARPi-resistant tumors.”

When the investigators then looked into the medical literature on novobiocin, they found that, surprisingly, while the drug was developed and used as an antibiotic, it had been tested in the early 1990s in a clinical trial for patients with hard-to-treat cancers. Most of the patients didn’t benefit from the drug, but a small number had their cancer recede or stabilize. “At the time, no one knew what the drug’s target was,” D’Andrea remarks. “Now we do, and, as a result, we have an indication of which patients are likely to be helped by it.”

The authors suggest that in clinical settings, many tumors with acquired PARPi resistance are likely to remain sensitive to novobiocin, depending on their mechanism of resistance. “… our findings may translate to a potential new therapy for treating HR-deficient tumors in addition to PARP inhibition,” they wrote. “Importantly, novobiocin is an oral and well-tolerated drug, and it has previously been investigated in Phase I cancer trials.”

On the basis of the study results, Dana-Farber investigators will be launching a clinical trial of novobiocin for patients with BRCA-deficient cancers that have acquired resistance to PARP inhibitors. Because it is an oral drug that is safe and approved for treating another disease, novobiocin offers several advantages as an agent for study, D’Andrea comments. “… results in this study provide a strong rationale for future clinical studies of novobiocin alone or in combination with PARPi to prevent or overcome PARPi resistance,” the investigators noted.

“We’re looking forward to testing novobiocin, alone and in combination with other agents, in patients whose tumors have molecular characteristics indicating a likely response to the drug,” D’Andrea said.

This article was published by ClinicalOMICS