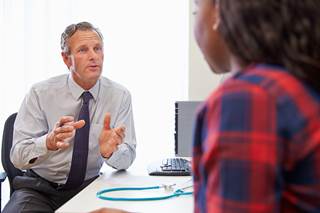 Maintenance treatment with olaparib (Lynparza, AstraZeneca) can significantly extend progression-free survival (PFS) in a subset of patients with ovarian cancer.

A blinded independent central review showed an even stronger effect on PFS with olaparib vs placebo: 30.2 months vs 5.5 months.

Thus, olaparib reduced the risk for disease progression by 70% to 75% in the study.

“The results, which showed a delay in disease progression in the maintenance setting, highlight the impact of PARP [poly(adenosine diphosphate)-ribose polymerase] inhibition at the forefront of the important advances we are making in targeting ovarian cancer,” said Dr Penson.

The findings were presented at the Society of Gynecologic Oncology Annual Meeting on Women’s Cancer, being held in National Harbor, Maryland.

Olaparib is the first in a class of drugs that act as inhibitors of PARP, which exploit tumor DNA repair pathway deficiencies to preferentially kill cancer cells.

It has been approved in the United States since 2014 for the treatment of advanced ovarian cancer with BRCA mutations following progression on multiple lines of chemotherapy.

The new phase 3 study results are the first with olaparib used as a maintenance therapy among BRCAcarriers.

However, these are not the first phase 3 results of a PARP inhibitor used as maintenance therapy in ovarian cancer. Last year, investigators reported that, in a phase 3 trial, BRCA-affected patients treated with niraparib (Tesaro), which is not yet approved for use, had a median PFS significantly longer than that seen with placebo: 21.0 vs 5.5 months (HR, 0.27; P < .0001), as reported by Medscape Medical News.

Another PARP inhibitor, rucaparib (Rubraca, Clovis Oncology), is also being tested in the maintenance setting. Rucaparib is approved in the United States for the treatment of women with advanced ovarian cancer who have received two or more prior chemotherapies and whose tumors also have a BRCA gene mutation.

In Europe, olaparib is already approved for use as a maintenance therapy.

The European Union indication is for maintenance treatment of adults with platinum-sensitive relapsed BRCA-mutated (germline and/or somatic) high-grade serous epithelial ovarian, fallopian tube, or primary peritoneal cancer who are have had a complete response or partial response to platinum-based chemotherapy.

More on New Results With Olaparib

In the SOLO-2 trial, Dr Penson and his colleagues randomly assigned 295 women with germline BRCA1 or BRCA2mutations who had received at least two prior lines of platinum-based chemotherapy and were in complete or partial response to olaparib or placebo.

This trial used a new formulation of olaparib, which is still experimental. Instead of capsules, patients received a 300-mg twice-daily tablet dose, which may reduce the medication burden (from 16 capsules to 4 tablets per day).

The authors note that the safety profile for olaparib was generally consistent with that observed for the currently approved capsule formulation.

Any type of adverse events grade 3 or higher was observed in 36.9% of patients in the active treatment group compared with 18.2% of the placebo group.

“Adverse events of anemia are manageable by interrupting or reducing dose or giving blood transfusions or other methods a cancer care team may recommend,” said Dr Penson in comments to Medscape Medical News.

The rate of discontinuation due to toxicity was 10.8%.

The study was funded by Astra Zeneca.

Presented at the Society of Gynecologic Oncology Annual Meeting on Women’s Cancer on March 14, 2017.

To read this article in The Clearity Portal, please click here to login.