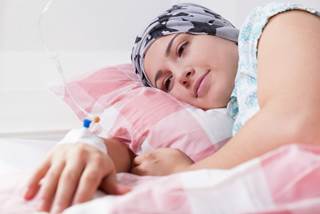 Patients with newly diagnosed ovarian cancer rank nausea as the most concerning side effect associated with chemotherapy, according to a study presented at the 2017 Society of Gynecologic Oncology Annual Meeting.1

In this trial, patients with newly diagnosed ovarian cancer with a decision for route of administration for adjuvant chemotherapy were randomly assigned to participate in a computer-based decision aid (PCOA) or standard discussion. The PCOA included an explanation of major side effects and their severity levels including nausea, vomiting, neuropathy, fatigue, and abdominal pain. Patients then ranked 4 side effects with their 3 possible severity levels using a visual analog scale (VAS) of 1 to 100, with 100 representing the least preferred.

Among 56 patients who had complete preference data, the mean age was 58, 93% were Caucasian, and 80% were considered to be in good health.

Mean preference ratings as measured using a VAS was 90 for severe nausea, 84 for pain, 74 for neuropathy, and 65 for fatigue. Mean quality of life scores were 66 for T01, 33 for FACT-fatigue, and 11 for FACT/GOG-AD.

The results of this study indicate that patients are most concerned about nausea compared with other side effects of chemotherapy evaluated in this analysis.