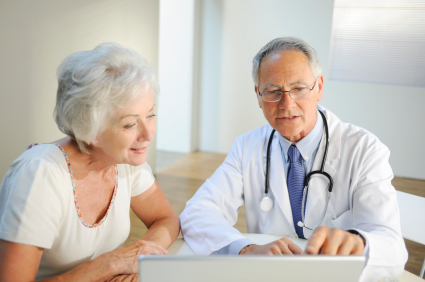 BOSTON – In patients with advanced ovarian cancer, a combination of drugs known as immune checkpoint inhibitors and PARP inhibitors can produce powerful remissions, clinical trials have shown, but up until now investigators haven’t been able to predict which patients won’t benefit from the treatment and should explore other options. A new study by Dana-Farber Cancer Institute researchers, is showing that it’s now possible to identify such patients in advance.

The study, published online today by Nature Communications, will help investigators testing this combination direct such patients to trials that may have a better chance of helping them.

The study authors found that two factors – a specific pattern of gene mutations in the tumor cells and evidence of a vigorous immune response to the cancer – are markers of whether patients will respond to the combination therapy. Patients whose tumor tissue had either of these features were more likely to have their disease held in check for an extended period of time, whereas those whose tissue lacked either feature showed no benefit from the drug combination.

“By taking these factors into account, researchers leading trials of this combination in patients with advanced, chemotherapy-resistant ovarian cancer may select individuals who may respond to this combination of drugs,” says Panagiotis Konstantinopoulos, MD, PhD, director of translational research, Gynecologic Oncology, at Dana-Farber, the co-senior author of the study with Alan D. D’Andrea, MD, director of Dana-Farber’s Susan F. Smith Center for Women’s Cancers.

While checkpoint inhibitors – which strip tumors of certain protections against an attack by the immune system – work exceptionally well in many types of cancer, ovarian cancer has been an exception. The PD-1 checkpoint inhibitor pembrolizumab, for example, produces responses in less than 5% of patients with PD-L1-negative cancers. The same is true of PARP inhibitors, which undermine cancer cells by reducing their ability to repair DNA damage. As a single agent, the PARP inhibitor niraparib has a beneficial effect in just 3% of patients with ovarian cancer that is resistant to platinum-based chemotherapy and isn’t BRCA-mutated.

When checkpoint and PARP inhibitors are used together, however, those benefits multiply. The TOPACIO/Keynote-162 clinical trial led by Konstantinopoulos found that the pembrolizumab-niraparib combination produced complete or partial responses – total or limited shrinkage of ovarian tumors – in 18% of patients with platinum-resistant ovarian cancer. Furthermore, 65% of the study participants had their disease kept under control. For some of those who responded, the benefits lasted for well over a year. The results were especially impressive because all the participants had received multiple previous treatments for ovarian cancer, making them especially hard to treat.

Encouraging as these findings were, study leaders had no way to determine, in advance, which participants wouldn’t be helped by the therapy. To see if they could be identified, Konstantinopoulos and his colleagues conducted two analyses of participants’ tumor samples: a letter-by-letter search of the tumor cells’ genome for abnormalities, and a census of “exhausted” immune system T cells within the tumor tissue. (T cells are said to be exhausted when they are primed to attack tumor cells but fail to do so. Tumors containing large numbers of such T cells can be especially vulnerable to checkpoint-inhibiting drugs.) The researchers then correlated their findings with information on whether, and how extensively, patients responded to the combination therapy.

They found that patients whose tumor cells carried either “mutational signature 3” (a pattern of gene mutations associated with an inability to repair certain kinds of DNA damage) or a “positive immune score” (a measure of signaling activity between tumor cells and the immune system) may derive a benefit from the pembrolizumab-niraparib combination. Patients whose cells lacked either of these features received no such benefit.

“Patients with advanced or metastatic ovarian cancer who are resistant to standard platinum-based chemotherapy agents often have few further options for treatment,” Konstantinopoulos remarks. “Our findings will help ensure that patients for whom a PARP inhibitor-checkpoint inhibitor combination won’t be beneficial can focus on other clinical trials of treatments that may be more effective for them.”

The study was supported by a grant from Stand Up to Cancer, the Ovarian Cancer Research Fund, TESARO, GSK Company, and Merck & Co.

Dana-Farber Cancer Institute is one of the world’s leading centers of cancer research and treatment. It is one of the only hospitals ranked in the top five by U.S. News and World Report in both adult and pediatric cancer care. Dana-Farber’s mission is to reduce the burden of cancer through scientific inquiry, clinical care, education, community engagement, and advocacy. We provide the latest in cancer for adults through Dana-Farber/Brigham and Women’s Cancer Care and for children through Dana-Farber/Boston Children’s Cancer and Blood Disorders Center. Dana-Farber is dedicated to a unique and equal balance between cancer research and care, translating the results of discovery into new treatments for patients locally and around the world.