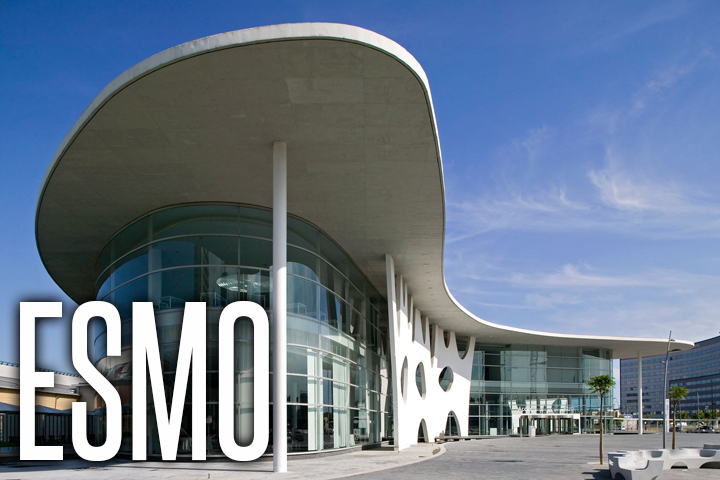 Median PFS increased from 16.6 months with bevacizumab to 22.1 months with the combination. Consistent with existing evidence for olaparib, patients with tumor BRCA mutations (BRCAm) benefited most from the combination, but those with homologous recombination deficient (HRD)-tumors without BRCAm obtained a similar benefit, as reported here at the European Society for Medical Oncology (ESMO) annual meeting.

“The [study] population is representative of the majority of patients with advanced ovarian cancer, as patient selection was not restricted by surgical outcome or BRCA mutation status,” said Isabelle Ray-Coquard, MD, of the Cancer Research Center of Lyon in France. “The results reveal a patient population beyond tumor BRCA-mutated patients, who are HRD positive, that experiences substantial benefit from maintenance treatment with olaparib and bevacizumab.”

“The safety profile of olaparib in combination with bevacizumab was generally consistent with previous trials, and the addition of olaparib did not impact on bevacizumab tolerability and quality of life.”

The design of the trial, known as PAOLA-1/ENGOT-ov25, built on an existing first-line standard of care for patients with newly diagnosed stage III/IV serous or endometrioid ovarian cancer: upfront or interval surgery, platinum-taxane chemotherapy, and bevacizumab, followed by bevacizumab maintenance. As reported at the 2018 ESMO congress, single-agent olaparib demonstrated an unprecedented PFS benefit for patients with BRCA-mutant tumors. The agent also has demonstrated activity beyond the BRCA-mutant population in relapsed, platinum-sensitive disease, said Ray-Coquard.

PAOLA-1/ENGOT-ov25 is the first phase III trial to evaluate a PARP inhibitor in patients with advanced ovarian cancer treated with a bevacizumab-containing first-line standard of care and without regard to BRCAm status, she continued. Investigators throughout Europe as well as in Japan and Finland enrolled 806 patients who achieved complete or partial response after initial standard-of-care treatment. They were randomized 2:1 to maintenance therapy with bevacizumab paired with olaparib or placebo, each continued for up to 2 years.

The primary analysis produced a hazard ratio of 0.59 in favor of the olaparib maintenance regimen (95% CI 0.49-0.72). The prespecified exploratory analyses of PFS by BRCAm and HRD status showed a median PFS of 37.2 months with olaparib-bevacizumab for patients with BRCA-mutant tumors versus 21.7 months with bevacizumab alone (HR 0.31, 95% CI 0.20-0.47).

All three of the HDR/BRCAm-defined subgroups had substantial improvement in 12- and 24-month PFS when treated with olaparib:

Relapse remains the major issue in ovarian cancer, said Susana Banerjee, MD, of the Royal Marsden Hospital in London. About 70% of patients relapse after initial response to first-line therapy. The 5-year survival for relapsed stage III cancer is 20%, and only 5% of patients with stage IV ovarian cancer survive to 5 years. Within that context, PARP inhibitors — olaparib, niraparib (Zejula), and rucaparib (Rubraca) — have “revolutionized the treatment landscape for ovarian cancer,” as all three drugs have approved indications for recurrent disease and have been shown to improve PFS.

“But if we’re really going to have a chance to increase overall survival — and hopefully cure more women — we must bring these treatments into the first-line setting,” said Banerjee.

To date, most of the benefit with PARP inhibitors has been limited to patients with BRCAm. The main question at this point in time is whether more women can benefit from PARP inhibitors in the first-line setting beyond those with BRCAm.

“With the evidence from Isabelle Ray-Coquard, we see that is possible,” said Banerjee. “The next main question is, if patients can benefit beyond those with BRCA mutations, how can we select which ones will benefit for the longest time. That brings in the concept of HRD deficiency. Another key question is whether we can improve by combining treatments. In PAOLA-1 we saw that, by combining olaparib and bevacizumab.”

Several other studies have contributed data suggesting the benefits can be extended to more women.