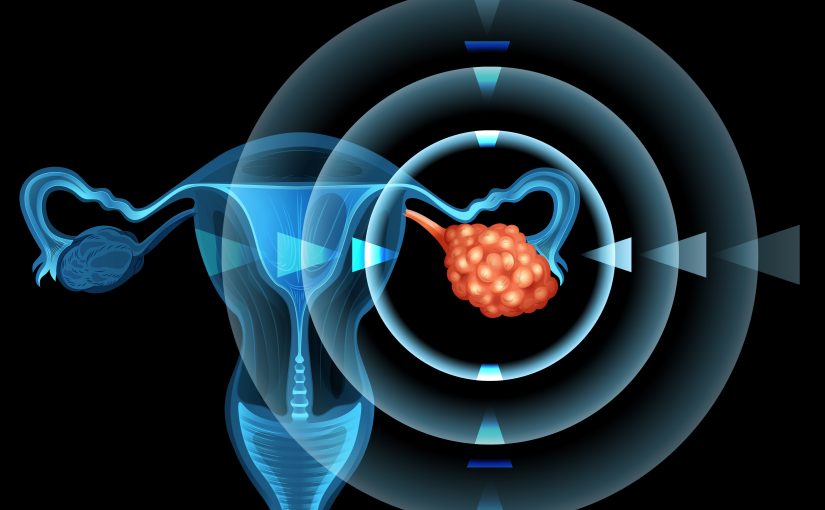 The combination of niraparib and bevacizumab significantly improved progression-free survival compared with niraparib alone in a phase II study of patients with platinum-sensitive recurrent ovarian cancer. The chemotherapy-free regimen will now be tested in a phase III trial.

The AVANOVA2 trial enrolled a total of 97 patients with high-grade serous or endometrioid platinum-sensitive recurrent ovarian cancer. They were randomized to receive either the PARP inhibitor niraparib along with bevacizumab (48 patients) or niraparib monotherapy (49 patients), and were followed for a median of 16.9 months. The results were published online ahead of print on August 29 in Lancet Oncology.

Patients in the combination therapy group had a median age of 67 years; in the niraparib monotherapy group, the median age was 66 years. Other characteristics were also generally well balanced; most patients in both groups had the ovaries as the primary tumor site, and most had a chemotherapy-free interval of more than 12 months.

A total of 31 patients in the combination group (65%) had progression-free survival (PFS) events, compared with 43 patients in the monotherapy group (88%). The median PFS was 11.9 months with niraparib plus bevacizumab, compared with only 5.5 months with niraparib alone, for a hazard ratio of 0.35 (95% CI, 0.21–0.57; P < .0001). The PFS advantage with the combination was seen regardless of homologous recombination deficiency status, BRCA mutation status, or chemotherapy-free interval.

Among 91 patients evaluated for response, the response rate was 62% with the combination regimen vs 30% with niraparib alone, for an odds ratio of 3.84 (95% CI, 1.60–9.21; P = .003). Seven patients in the combination group achieved a complete response, compared with 5 in the monotherapy group. Overall survival data in the study were not yet mature.

“AVANOVA2 showed a clinically and statistically significant improvement of progression-free survival with the combination of niraparib plus bevacizumab as a chemotherapy-free treatment for patients with platinum-sensitive recurrent ovarian cancer, meeting the trial’s primary objective,” the authors concluded, adding that phase III trials are now planned to test the combination.

In an accompanying editorial, John O. Schorge, MD, Chief in the Division of Gynecologic Oncology at Tufts Medical Center in Boston, wrote that these results “exemplif[y] just how far research in epithelial ovarian cancer has advanced” in recent years.

“Mirza and colleagues are to be congratulated on their high-quality, efficient study design, as well as their clear presentation of findings that will unquestionably resonate with clinicians caring for these patients,” Schorge wrote. “Continued advances in clinical trial development will lead to quicker answers and faster progress in fine-tuning our therapeutic choices for relapsed platinum-sensitive ovarian cancer.”