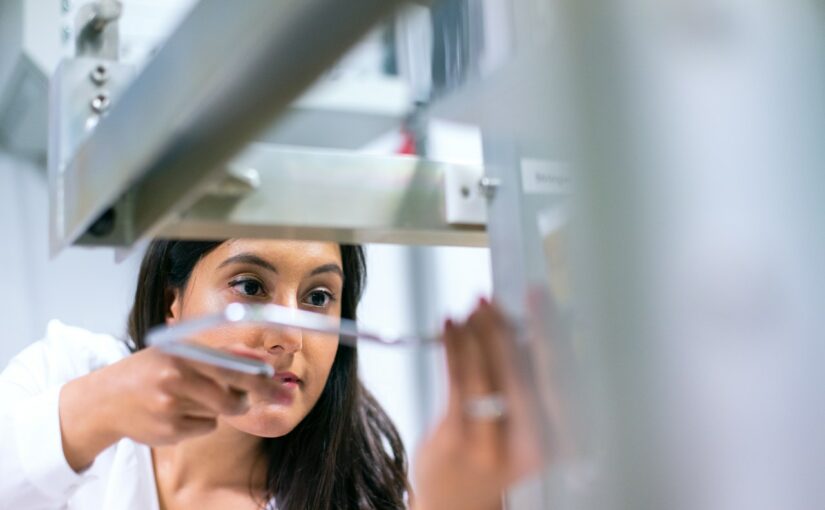 At the request of the FDA, GlaxoSmithKline (GSK) plc will restrict the second-line maintenance indication for niraparib (Zejula) to only the population of patients with recurrent ovarian cancer whose tumors harbor deleterious or suspected deleterious germline BRCA mutations.1

In March 2017, the regulatory agency approved the PARP inhibitor for use as maintenance treatment in adult patients with recurrent epithelial ovarian, fallopian tube, or primary peritoneal cancer who are in complete or partial response to platinum-based chemotherapy based on earlier data from the phase 3 ENGOT-OV16/NOVA trial (NCT01847274).2 At the time, niraparib was reported to have resulted in a 74% reduction in the risk of disease progression or death vs placebo in those with germline BRCA-positive, platinum-sensitive, recurrent disease (HR, 0.26; 95% CI, 0.17-0.41; P < .0001).

The decision to restrict the indication follows a regulatory review of data from the final overall survival (OS) analysis of the trial. In the non–germline BRCA-mutated cohort of the trial, the hazard ratio for OS was reported to be 1.06 (95% CI, 0.81-1.37).

“The US first-line indication of Zejula remains unchanged for the maintenance treatment of adult patients with advanced epithelial ovarian, fallopian tube, or primary peritoneal cancer who have a complete or partial response to platinum-based chemotherapy,” according to the press release issued by GSK.

The double-blind, placebo-controlled phase 3 trial enrolled a total of 553 patients with platinum-sensitive, recurrent epithelial ovarian, fallopian tube, or primary peritoneal cancer.3 Patients were assigned to 1 of 2 cohorts based on their BRCA status; those with deleterious or suspected deleterious germline BRCAmutations comprised 1 cohort (gBRCAmut cohort; n = 203) and those without germline BRCA mutations comprised the other cohort (non-gBRCAmut cohort; n = 350).

Randomization was stratified based on time to progression following the penultimate platinum therapy (6 to <12 months vs ≥12 months), use of bevacizumab (Avastin) in conjunction with the penultimate or last platinum regimen received (yes vs no), and best response achieved with the most recent platinum regimen received (complete response vs partial response).

Moreover, 67% and 69% of patients in the investigative and control arms, respectively, had a baseline ECOG performance status of 0. Moreover, 26% of those in the niraparib arm and 31% of those in the placebo arm previously received bevacizumab. Notably, 40% of patients enrolled to the trial received 3 or more prior lines of treatment.

The safety of niraparib monotherapy, given at a once daily dose of 300 mg, has been explored in 367 patients with platinum-sensitive, recurrent ovarian, fallopian tube, and primary peritoneal cancer enrolled to the NOVA trial.

GSK is in ongoing discussions with health authorities on a global scale regarding the data from the final OS analysis of NOVA, as well as other emerging survival data.